On Thursday, Tampa activists got in their cars, collected themselves at Al Lopez Park and made their way to Ybor City as part of a drive through protest to call for justice for Jacob Blake, a Black father who was shot in the back seven times by police officers in Kenosha, Wisconsin.

The action is one of a handful of demonstrations happening in Tampa Bay this weekend.

Nationwide, protests have erupted since the Jacob Blake incident, with NBA teams calling for a strike in the middle of the current playoffs, as well as MLB games being postponed.

But arguably the biggest flashpoint came after Kyle Rittenhouse, a pro-police white teenager armed with a semiautomatic rifle, was charged with killing two protesters.

Despite the fact he shot and killed multiple people in the presence of law enforcement, Rittenhouse was not apprehended at the scene of the crime, and was reportedly given bottled water by local police officers. He was later arrested at his home of Antioch, Illinois, about 20 miles southwest of Kenosha.

The appearance of law enforcement giving preferential treatment to right-wing counter protesters is something Tampa Bay activists are extremely familiar with. On Aug. 9th, Black Lives Matter protesters were arrested for painting a sidewalk in downtown Tampa. This came days after pro-police supporters illegally blocked off a city street and painted an un-permitted "Back the Blue" mural in front of police headquarters. No charges have been announced for the organizers of the pro-police mural.

Not to mention there's also the incident from a July 4 protest, where Noah Armstrong drove his car through a crowd of protesters. TPD announced it was finally seeking reckless driving charges towards Armstrong. However it's worth noting that it came nearly two months later. There's also a June 21st incident where a driver hit local organizer Jae Passmore, and a June 27th incident where a driver hit protester Stuart Flores. No charges have been announced in either case.  —Ray Roa and Colin Wolf 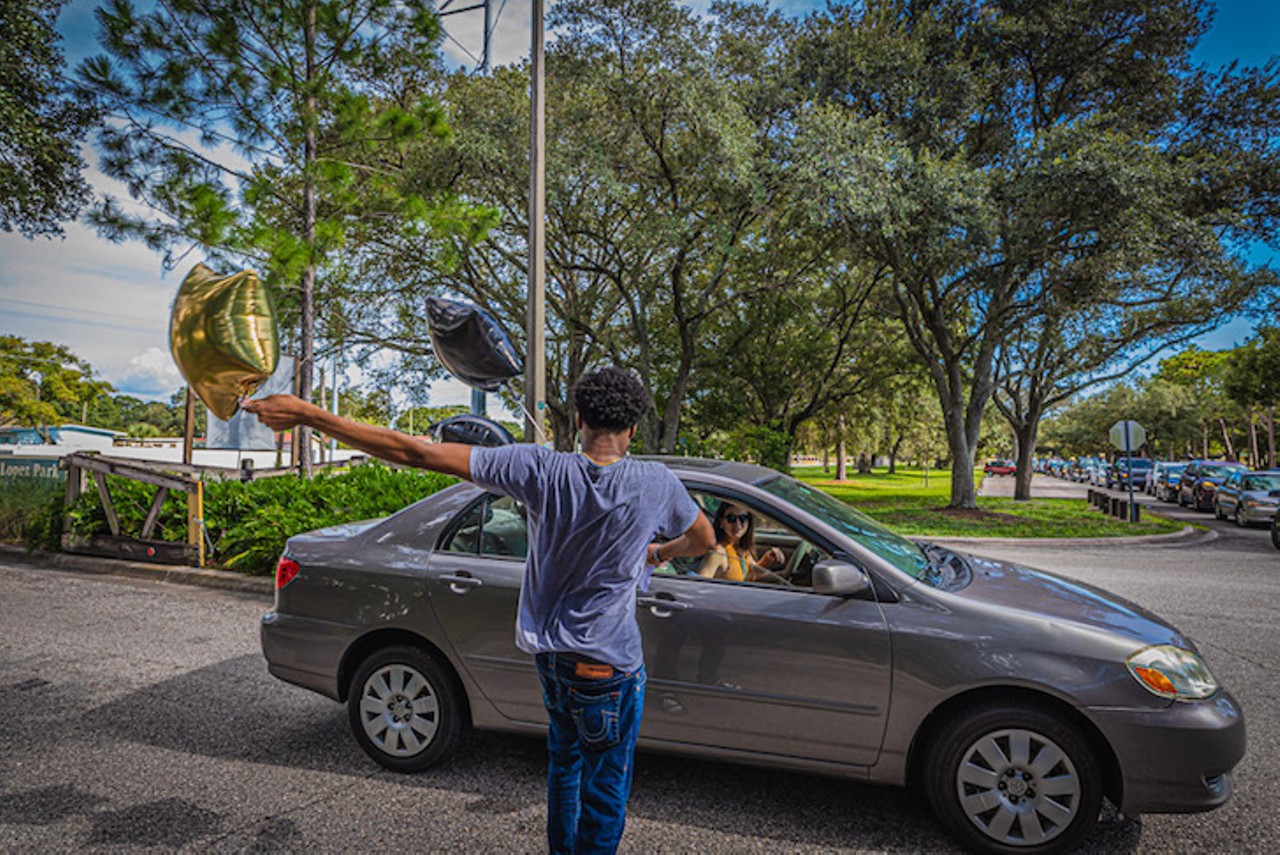