Around 60 people made the trek to Coleman Penitentiary yesterday, about an hour north of Tampa, to demand the release of Indigenous activist Leonard Peltier. They prayed, sang and demanded the release of the 77-year-old, who caught COVID-19 in prison more than a week ago. They want Peltier, who has pre-existing health conditions to be released to receive proper care at a hospital outside of the prison.

Members of the Florida Indigenous Alliance and the Seminole Tribe of Florida spoke about the unjust nature of Peltier's 1977 trial , which is internationally recognized as one of the most corrupt court proceedings in American history. They called on the crowd to demand to the U.S. government that he be released. President Biden has the power to release Peltier based on overwhelming evidence of his innocence, but has followed suit of every other president and chosen not to.

The local sheriff showed up on the cold, rainy day and asked the crowd to take banners off the fence, because it's prison property. An officer tried to enter the sacred circle with his body camera on.

Despite the intrusion, the event continued, with prayers and songs for 77-year-old Peltier, who has now  incarcerated for 44 years. In his case, a prosecutor later admitted the trial that convicted him of killing FBI agents was based on lies and called for his release. Still, the U.S. cruelly holds Peltier behind bars as his health suffers.
Scroll down to view images 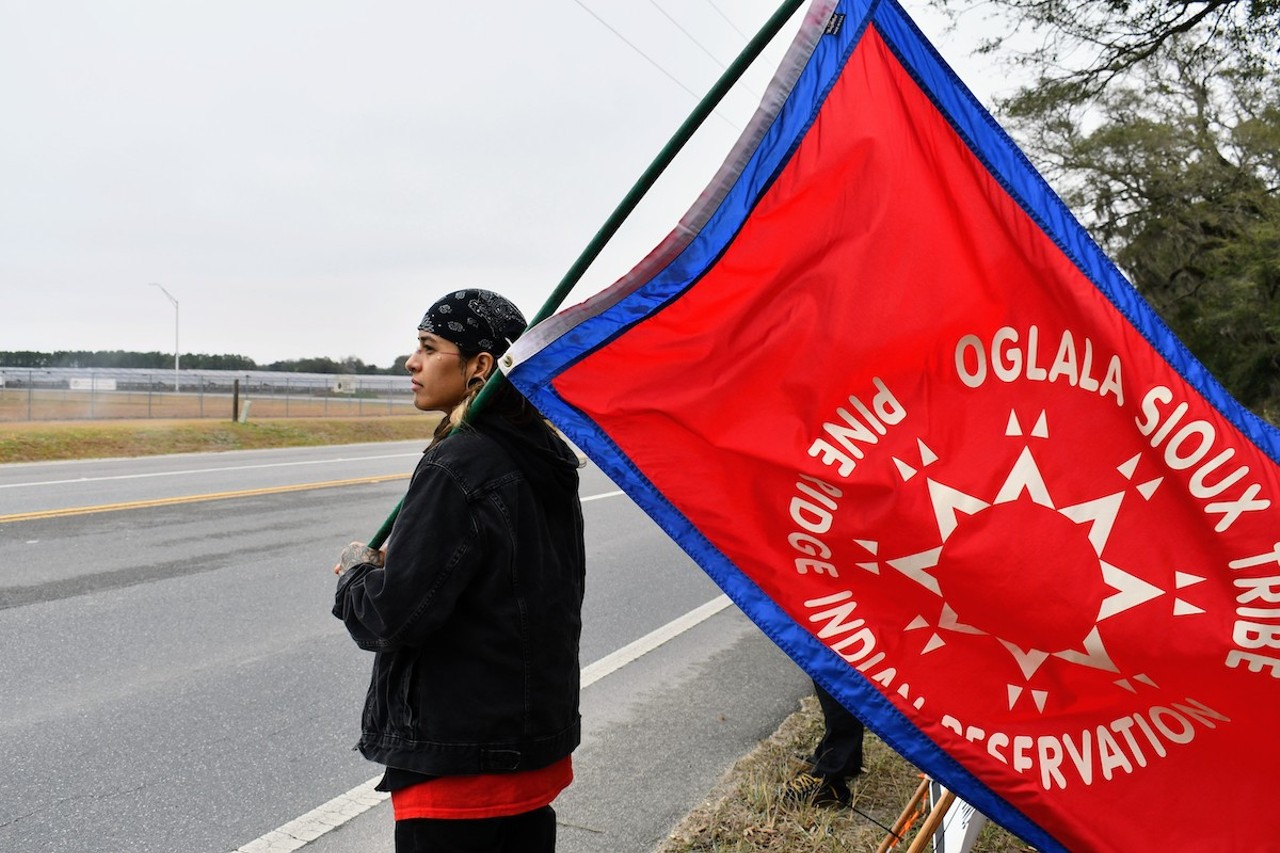 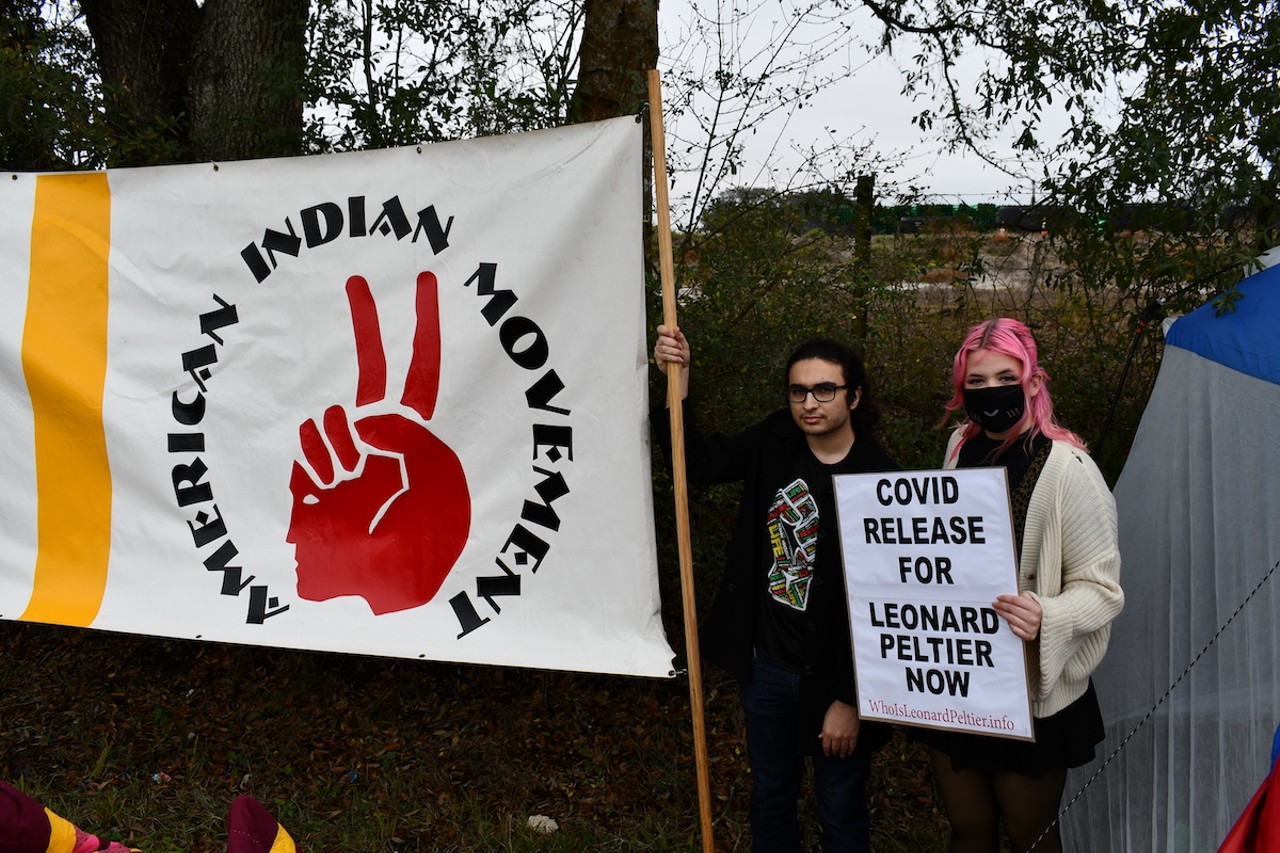 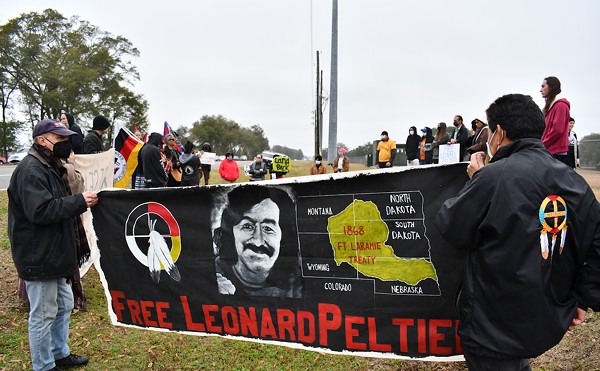