PHOTOS: The 'Edward Scissorhands' House in Lutz is now a free museum

More than 30 years after Tim Burton shot his goth classic "Edward Scissorhands" in Tampa Bay, the fictional Bogg Family house in Lutz has been transformed into a museum.

"Google sends people straight from Disney here, I mean it's crazy," Joey Licalzi, who bought the home for $230,000 with his wife Sharon almost a year ago, tells Creative Loafing Tampa Bay.

Located at 1774 Tinsmith Cir., the Licalzis says it was fate that they ended up winning the bid, especially after they recently lost out on a house across the street, and the fact that Joey worked on the set of the film as a dishwasher.  "After TMZ wrote about it, we went up against probably 200 bids on the house," says Licalzi, who also owns a drum manufacturing company. "When you battle the whole planet for the house, you can't Airbnb it like everybody thinks you can, so we turned it into a free museum. Now everybody has access to come on the property."

Licalzi says some people make appointments, but a lot of times they just come and knock on the door. As of now, Licalzi estimates that he gets about 30 families a week coming to visit his museum, which he and his wife also live in. "Yeah, we live in the Edward Scissorhands Museum. It is totally bizarre," he jokes.

The museum features original props from he film like Kim Bogg's purse, original wallpaper, and the scissors Edward used to trim the dinosaur hedge. Currently there are six exhibits, and Licalzi says he plans to expand, eventually turning his garage into the top floor of the castle featured in the film. "It's crazy, says Licalzi. "We bought a running theme park with a worldwide following for $230,000."

RELATED: Here's what the Edward Scissorhands house looked like when Licalzi bought it in 2020.

Licalzi says he hasn't heard from Tim Burton or Johnny Depp,  but actor Robert Oliveri, who played Kevin Boggs in the film, did reach out to say congratulations.

"It's only going to get bigger," says Licalzi. "We do tours day and night, and in the wintertime you can come and watch the movie on the property and it's free." - Colin Wolf

Photos by Joey Licalzi
Scroll down to view images 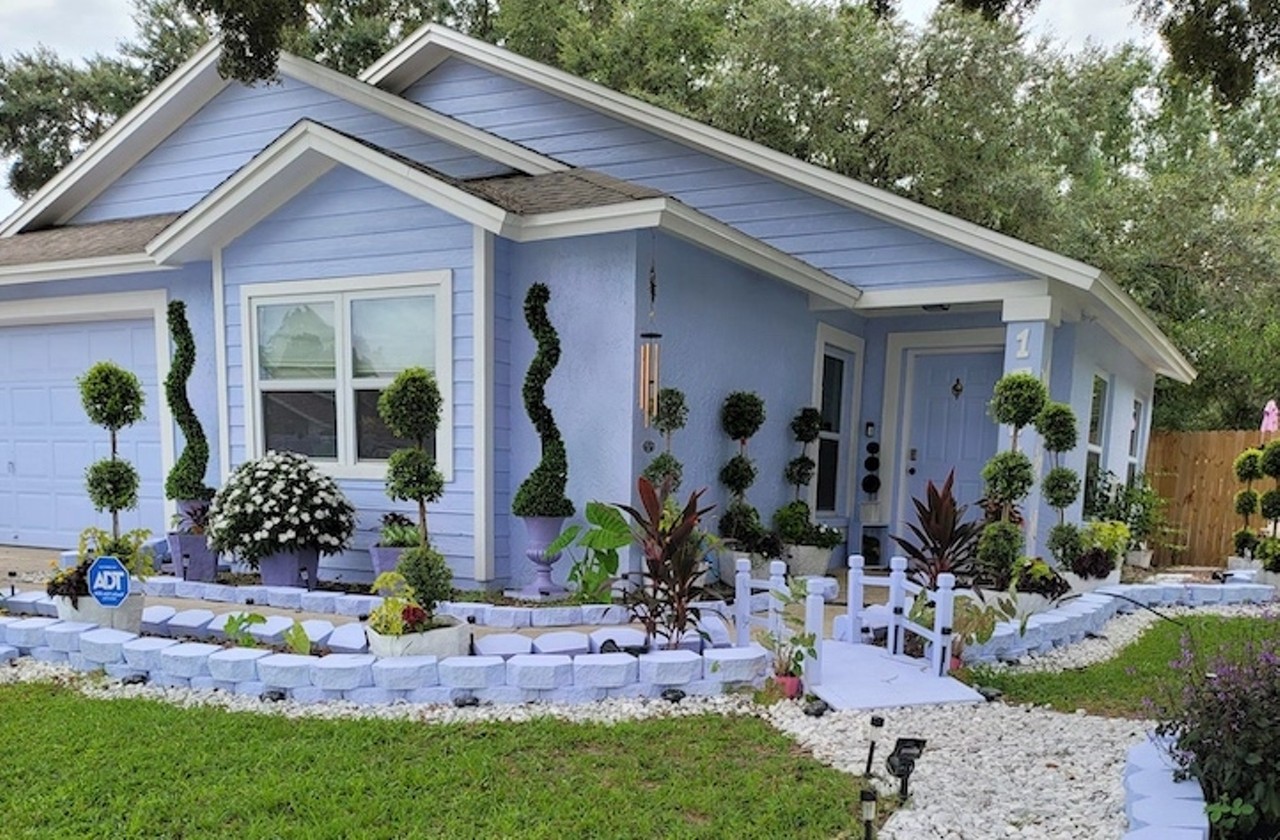 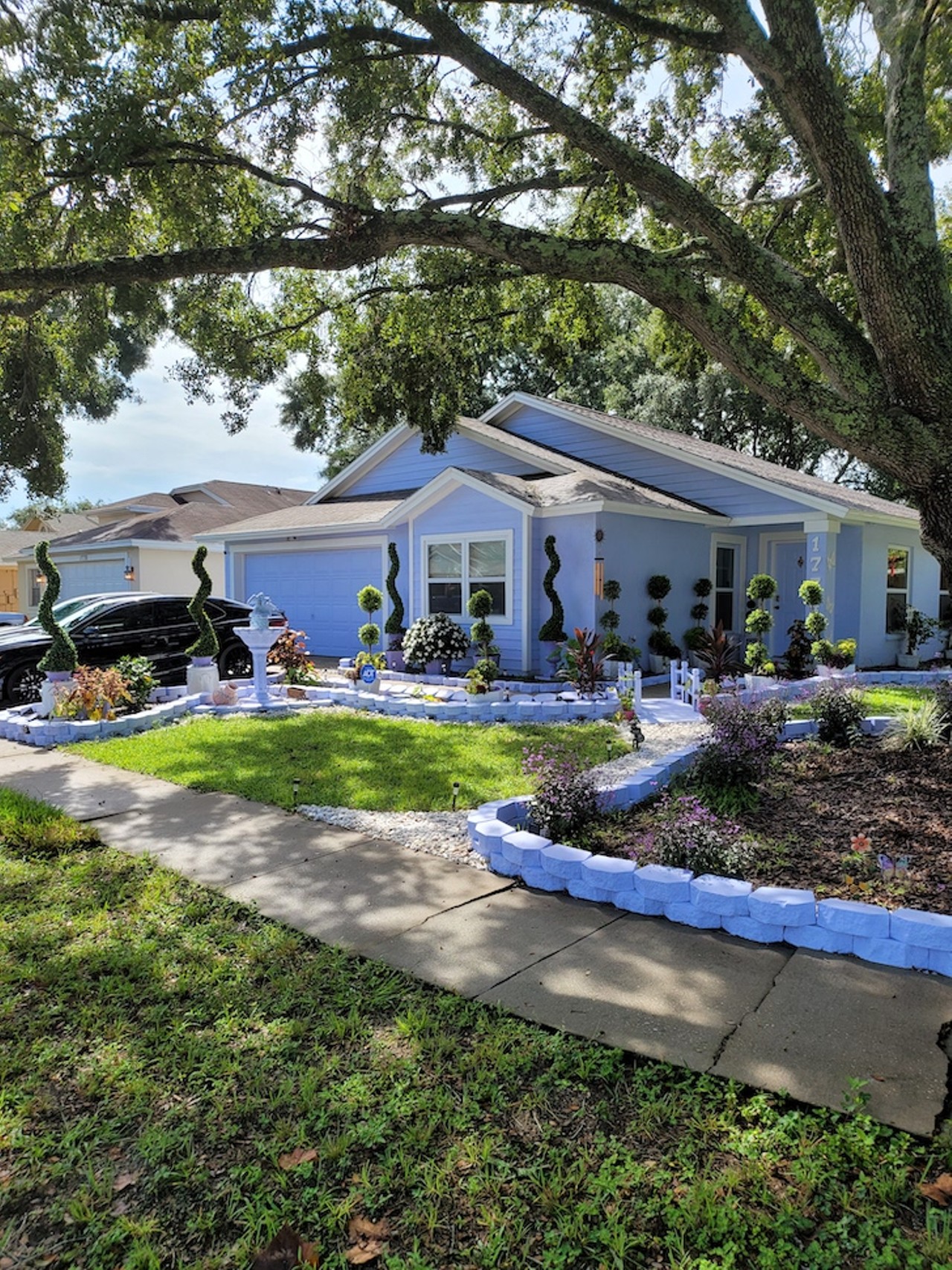 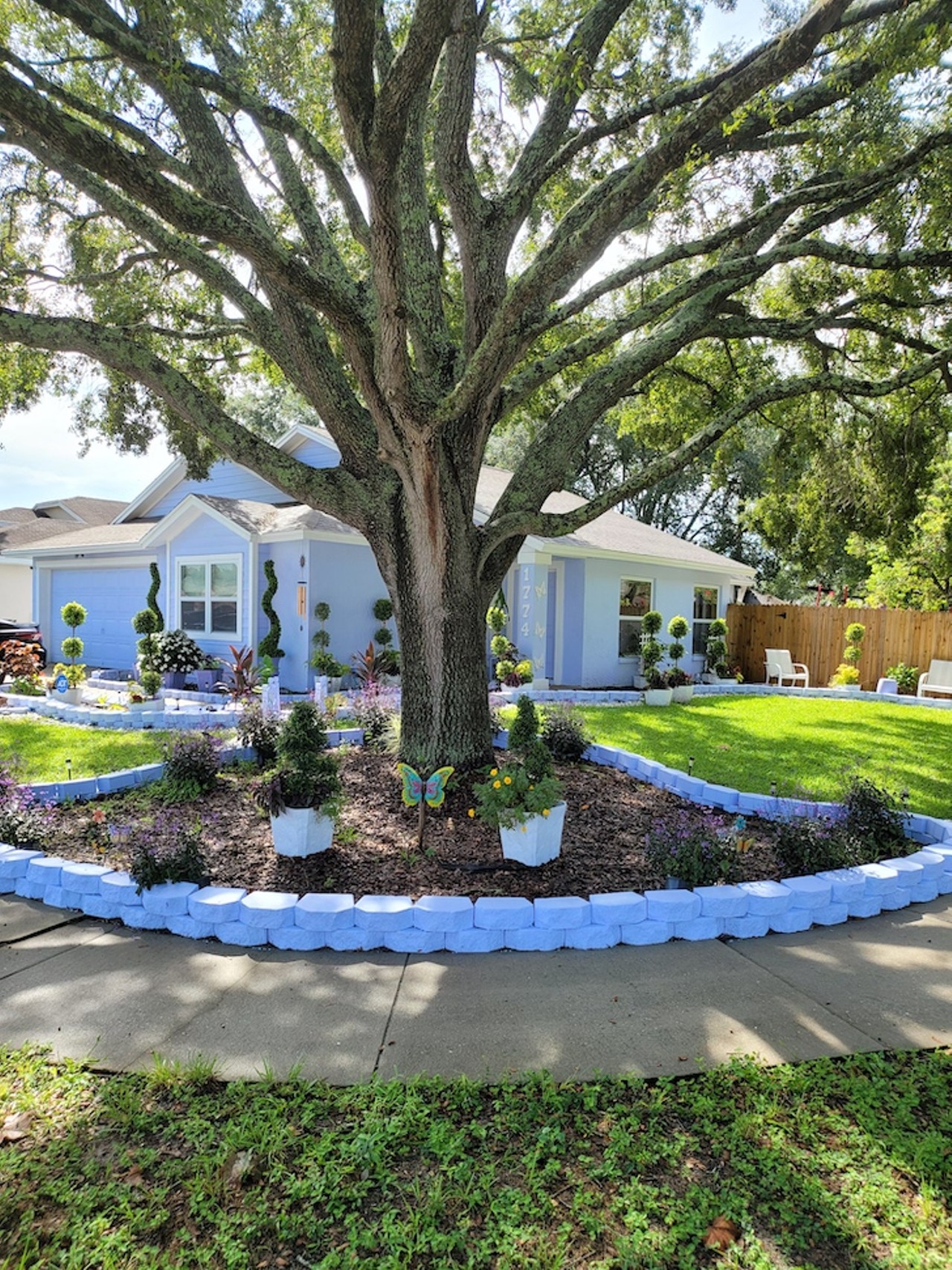 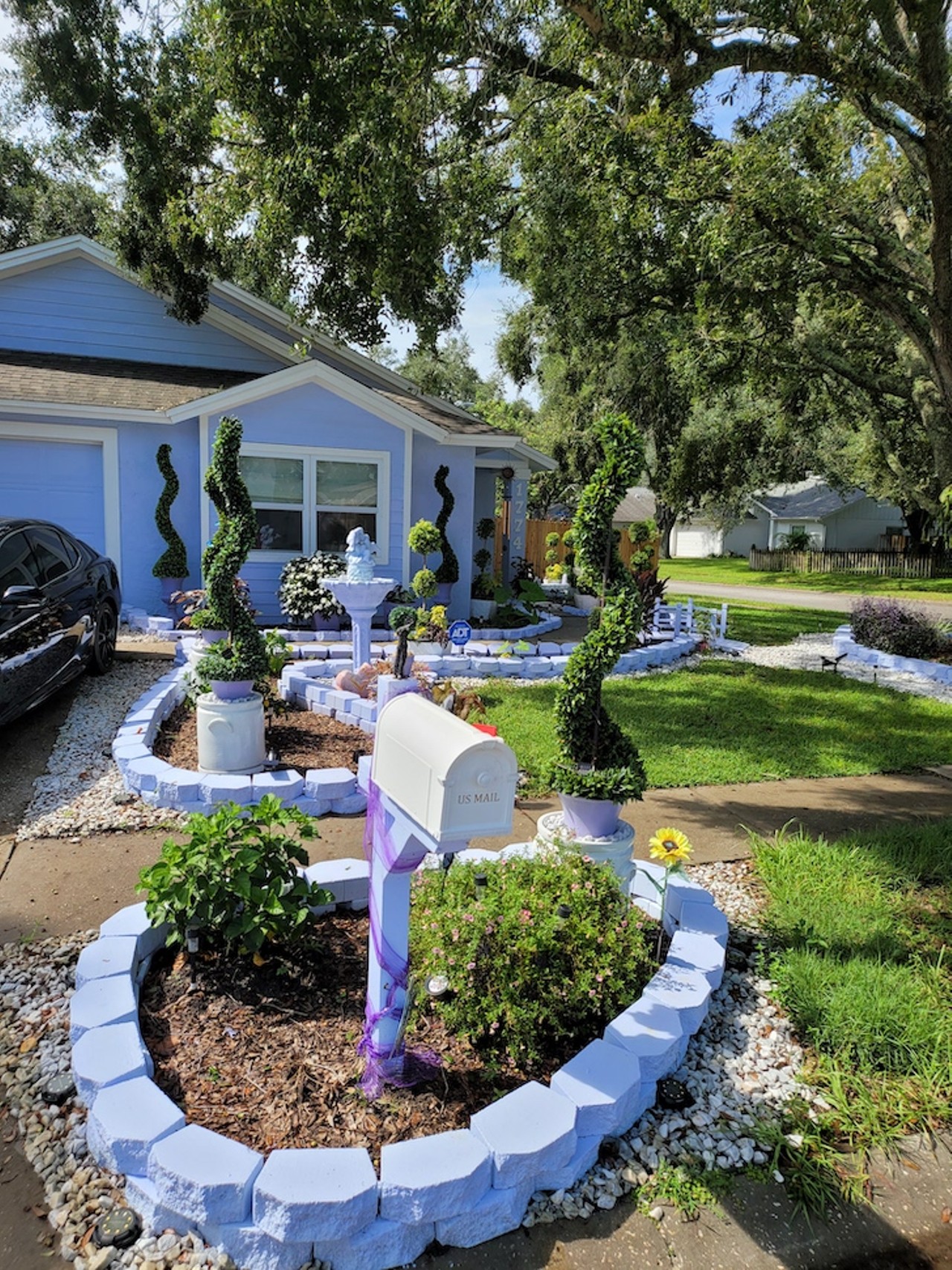 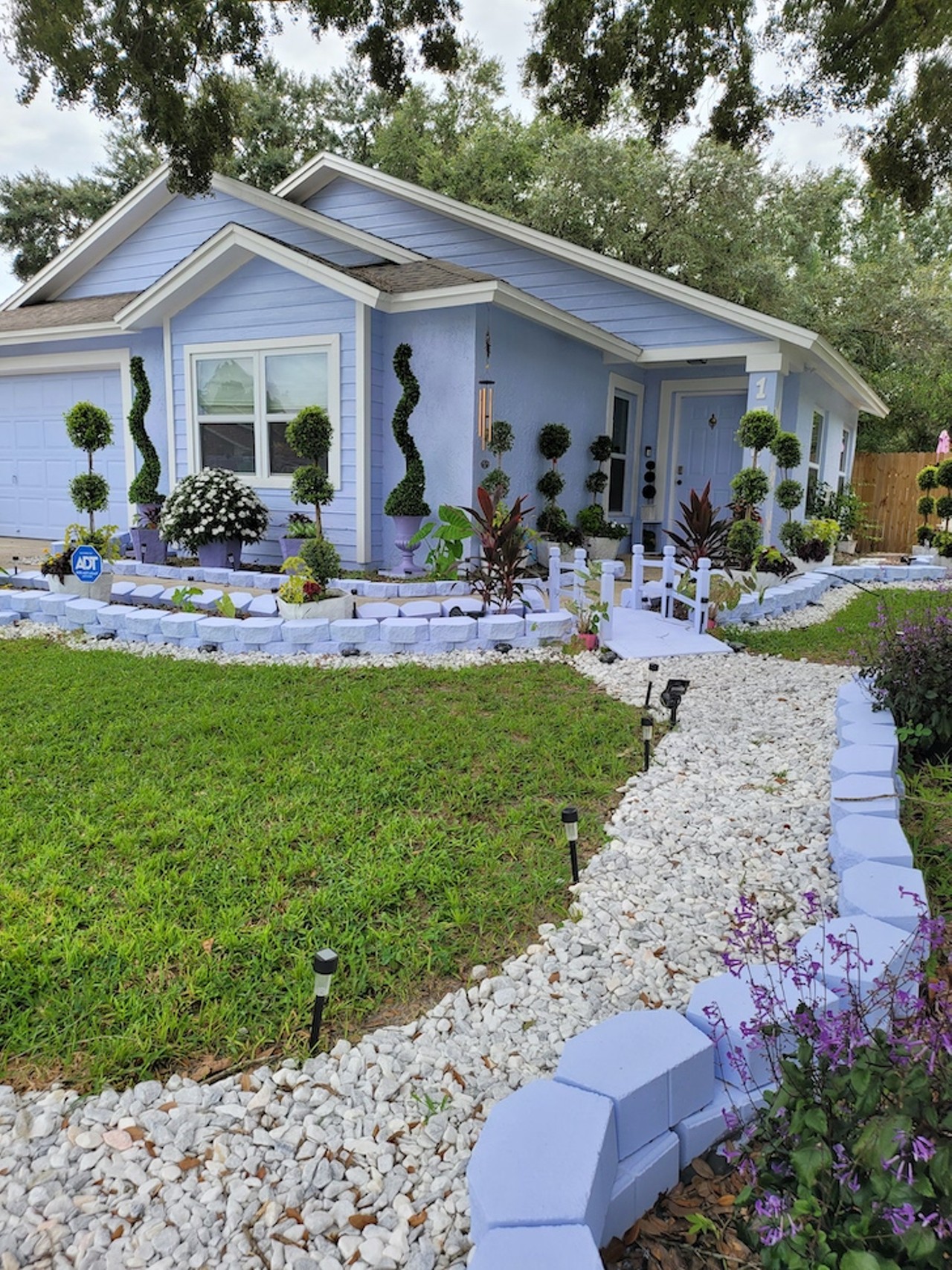