Despite the recent surge in state coronavirus numbers, there is a significant portion of the population getting vaxxed, masking up when asked and trying to instill some sense of normalcy in their lives.

Then there are folks like the ones who gathered near Hillsborough County Sheriff's offices last Saturday to publicly protest U.S. Capitol Police plans to open a Tampa field office to help weed out potential threats.

“At this time, Florida and California are where the majority of our potential threats are,” they wrote in July.

(ICYMI: Taking cues from the president and other elected officials, a pro-Trump mob nearly subverted democracy on Jan. 6 during a riot that left at least 5 people, including police officers, dead).

And while folks like GOP Sen. Rick Scott have expressed support for the U.S. Capitol Police, Tampa protesters were on Falkenburg Road to wave Confederate flags, flash white power signs alongside Proud Boys and occasionally shout anti-vaxx epithets in between voicing their opposition to the Capitol Police opening an office here.

“When they’re done with us, and we’re all locked up because of you, they’re coming for you,” one masked Proud Boy told Creative Loafing Tampa Bay photographer Dave Decker. Another protester shouted homophobic slurs and told photographers gathered, “Y’all are either patriots or you’re communists, and we hate communists, and we kill communists… Wait until this civil war breaks out because it is coming, mark my fucking words.”

More than 500 defendants face charges in the U.S. Capitol breach in January, the agency said over the summer. Members of the Proud Boys—an SPLC-designated extremist group whose members have worn anti-Semetic signs—are under extreme scrutiny for the role they played in the Jan. 6 insurrection.

A spokesperson for Hillsborough County Sheriff‘s Office told CL that HCSO was aware of the small planned protest outside of the Falkenburg Road Jail over the weekend, and that no incidents occurred that led to arrests.

"HCSO has no affiliation with the protest that occurred. The location, directly off of Falkenburg Road, was chosen by protesters due to the high volume of traffic and the designated Freedom of Speech area outside of the jail," the spokesperson said. Video from the protest shows Proud Boys forcing photographers away from the protest area, but the HCSO spokesperson confirmed that the, "The freedom of speech area is designated for the public," including media.—Ray Roa 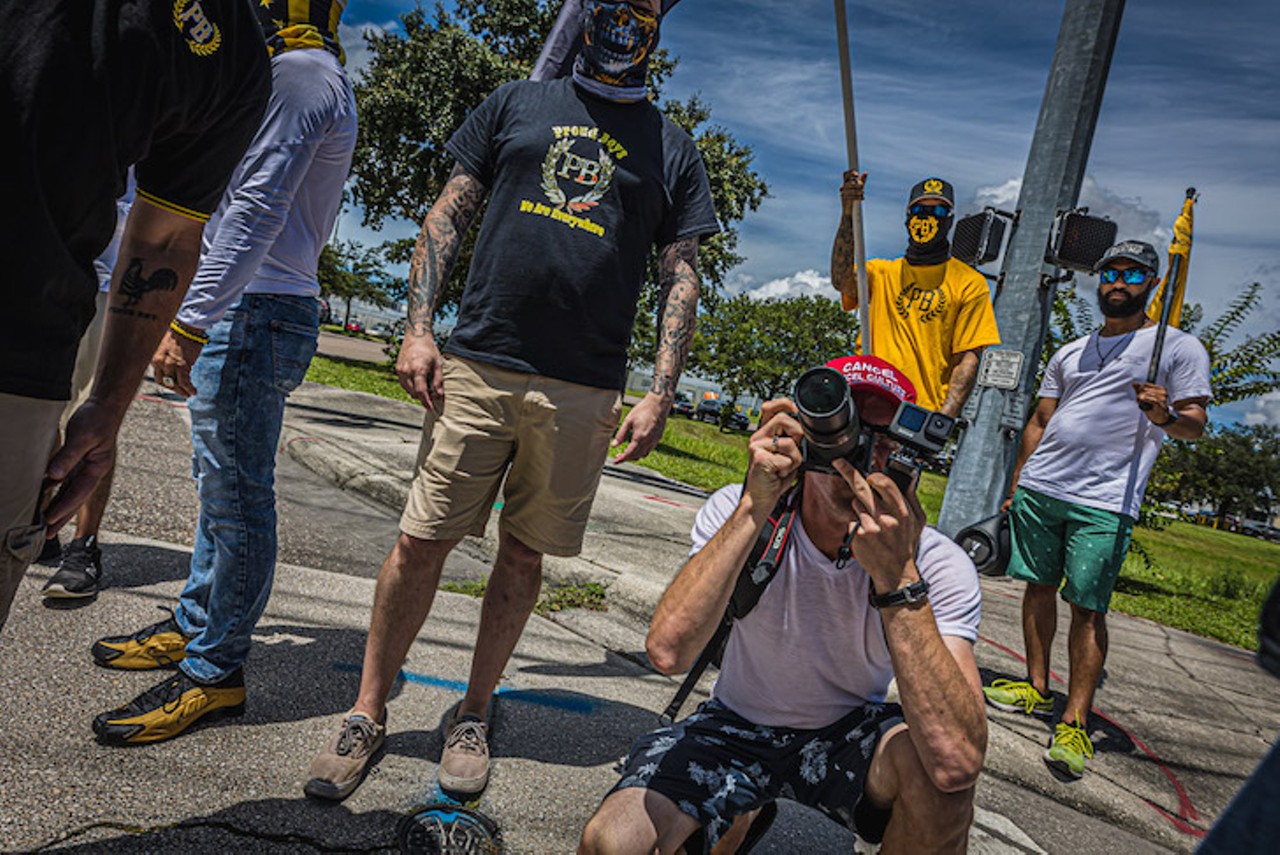