Photo by Caesar Carbajal
With severe weather alerts out, not even Mother Nature was going to upstage Chicago and Brian Wilson on Tuesday night in Tampa where  a less-than-sold-out crowd was split between fans of the band celebrating its 55th anniversary and those of the former Beach Boy dubbed as the modern day Mozart.

As far as anyone was concerned, nobody was going to be upstaged, everything was going to go swimmingly, and at the end of Chicago’s set, the whole place would leave euphoric, humming “Good Vibrations” and “Saturday In The Park.”

A little after 7 p.m., Wilson’s 10-piece band—including original Beach Boy Al Jardine—came onstage. Following right behind was Wilson, who just celebrated his 80th birthday last week, getting onstage with the assistance of a walker. It took him a little longer to get from stage left to his glorious white piano centerstage, but those who were cheering him on weren’t cheering in pity: It was all in awe.

Like Paul McCartney or Robert Johnson, Wilson is a figure that, knowing how much he has done for music in general, you’d just be honored to be in the presence of.

He’s been fighting the good fight for most of his life, too. He’s dealt with schizoaffective disorder, depression, anxiety, and has taken practically every drug known to man. And yet, even with both his brothers long gone from this earth, music is his only escape, no matter what he sounds like.

Opener “California Girls” was rough. While Wilson did sing all the verses, he sung at his own tempo, and the instrumentation—while glorious—overshadowed his voice a great deal, which may have made it sound like his microphone was cutting out constantly. “Do It Again” was slightly better after Wilson warmed up a little bit, but “409” was when he started getting some vocal aid from his band.

At Wilson’s vocal service was longtime band member—and legend of a session musician—Darian Sahanaja. Jardine pitched in, and so did his son, Matt, whose golden vocal cords were the true star of the show.

Starting on “I Get Around,” Matt took over most of the complex lead vocals that Brian could once handle on his own, while the composer behind the piano mostly sat mentally conducting with his eyes closed, leaving the performance part to the boys behind him. After Matt absolutely killed “Don’t Worry Baby,” his dad took the mic to sing his original vocals on “Help Me, Rhonda,” which is now performed a half-key down. This newish tweak caused Al's voice to crack during his first lines of the tune. “Sorry!” he laughed, quickly getting back into gear. 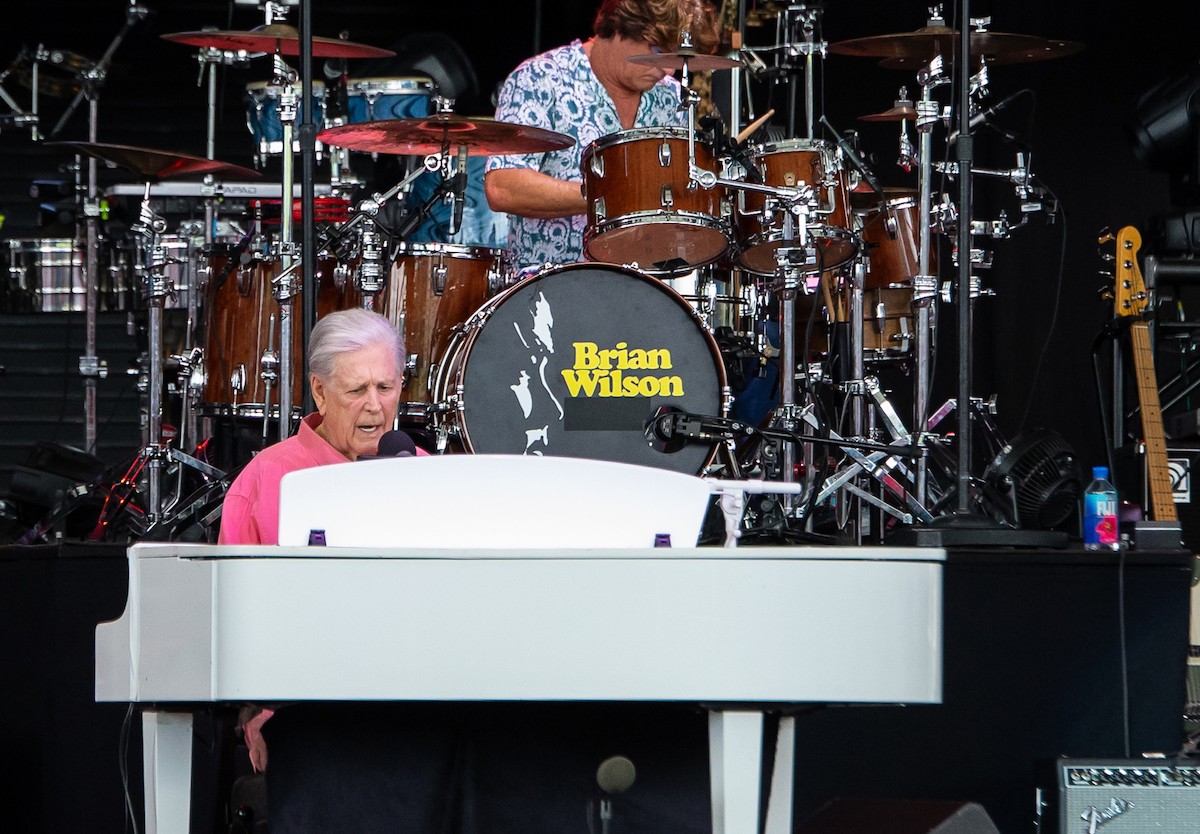 Photo by Caesar Carbajal
All this isn’t to say that the whole ordeal was bound to crash and burn, but Blondie Chaplin sure as hell added some much-needed energy into Brian’s set. The Holland-era Beach Boy stayed onstage for a trio of semi-deep cuts: “Wild Honey,” “Long Promised Road,” and of course, “Sail On, Sailor.” Each addition featured the South African-born musician shredding the hell out of one of his electric axes for minutes at a time, across all corners of the stage.

Then came the Pet Sounds set, introduced by Al Jardine. “Remember that little album?” He asked, before introducing opening track “Wouldn’t It Be Nice.” “I heard the acapella version on the 40th anniversary box set the other day, and it blew my mind.”

Only three songs from The Beach Boys’ magnum opus made the setlist, and vocals were shared between the Jardines and Wilson. Matt took on “Wouldn’t It Be Nice,” with Wilson trying to take on the bridge. At the beginning of “Sloop John B,” Wilson and Al looked at each other in a “who’s singing this one?” way. In the end, Al took it on, and even flubbed a few lyrics.

"You know the words!" he joked. The “this is the worst trip I’ve ever been on” lyrics also made Al laugh, but moments later, the world fell still when Wilson nailed two out of three verses on “God Only Knows” and received a minute-long standing ovation.

Ronnie Spector’s death this January hit Wilson hard, so before closing with “Surfin’ USA” and “Fun, Fun, Fun,” he sang what he could on “Be My Baby” and “I Can Hear Music,” both made famous by The Ronettes. Another pre-finale surprise was “Heroes and Villains,” off of SMiLE. Even with Wilson's vocals cutting out in and out, those who have analyzed and listened to SMiLE cover to cover well over a hundred times still couldn’t help but harmonize.

As the 80-minute set came to a close, Wilson was helped offstage, and a few minutes before the clock struck nine, the jumbo screens lit up, and all of Chicago came out to open with “Introduction,” followed by “Dialogue (Part I & II),” on which original member and key songwriter Robert Lamm wielded a keytar. He would share vocals on the latter with current lead singer Neil Donell before switching his keytar out for a keyboard up on the stage’s main riser.

Peter Cetera has long since departed, but founding members and key songwriters Lamm and James Pankow—as well as original trumpeter Lee Loughnane—are still in the lineup, and remain dedicated to getting every note absolutely spot on, just as they sounded 50 years ago. It wasn’t all a nostalgia act this time around, though. Chicago is promoting a new album due this July, and even gave a sneak peek at Born For This Moment, with the sentimentally-penned “If This Is Goodbye.”

“Don’t get the wrong idea,” Pankow warned us while introducing the song, as well as bringing up Chicago’s 55th anniversary this year. “We have a long way to go.”

Instrumentally speaking, the horn section did provide more improvisation and duels than most anyone in Wilson’s band previously did. Pankow’s “Ballet For A Girl In Buchannon” was performed in its entirety, and later, five-minute drum duels between Walfredo Reyes, Jr. and Ray Yslas went down near the middle of “I’m A Man.”

Not that it was a surprise to Chicago fans, but a highlight of the evening was when Lamm took on lead vocals for “Does Anybody Really Know What Time It Is?”, said to be the first song recorded for the band’s first album. “I remember going behind that microphone being very, very scared,” Lamm admitted.

Donell took on lead vocals for “Just You ’N’ Me,” and Ray Herrmann’s featured “virtuosity,” in the words of Donell, could easily be a showstopper if thrown into any song that does not include Clarence Clemons. Not long after, Loren Gold—who was up the road at Amalie Arena a few months back with The Who—played a melody on one of his two keyboards, phone flashlights switched on, and Donell continued lead vocal duties for “Hard To Say I’m Sorry,” segueing into the far more upbeat dance party that was kicked off during “Get Away.”

Every boomer and Gen-X’er on their feet stayed like that for the rest of the set.

Everybody knows that you don’t sit during “Saturday In The Park,” and even if you can’t relate to “Feelin’ Stronger Every Day” at all—like most of us in this country right now—just the snippet played could give off a spark of hope for even a few careless minutes.

Perhaps the line of the night was from Pankow, who commented on the wide age range in the crowd. “10, 70, it doesn’t matter. They’re grooving to their own level,” he said.

Surely, that line doesn’t apply to just the crowd. Wilson’s set may have felt underwhelming, but at the end of the day, he was just grooving to his own level, at a point in his life when he doesn’t have to groove onstage at all. Whether or not you think Wilson should call it a day, he’s still one of the greatest composers—if not, the greatest composer—to ever grace the Amp stage.

Suck on that, Mike Love.
Scroll down to view images 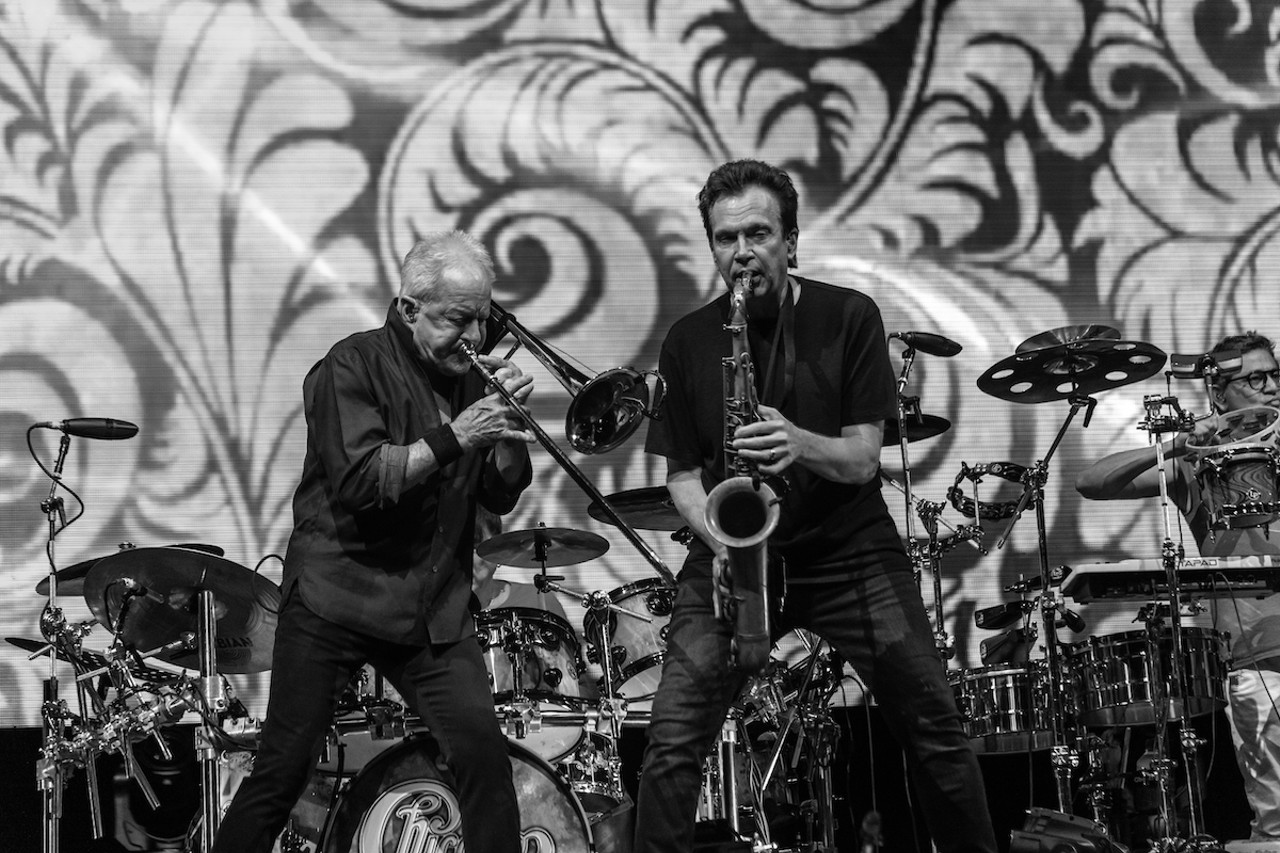 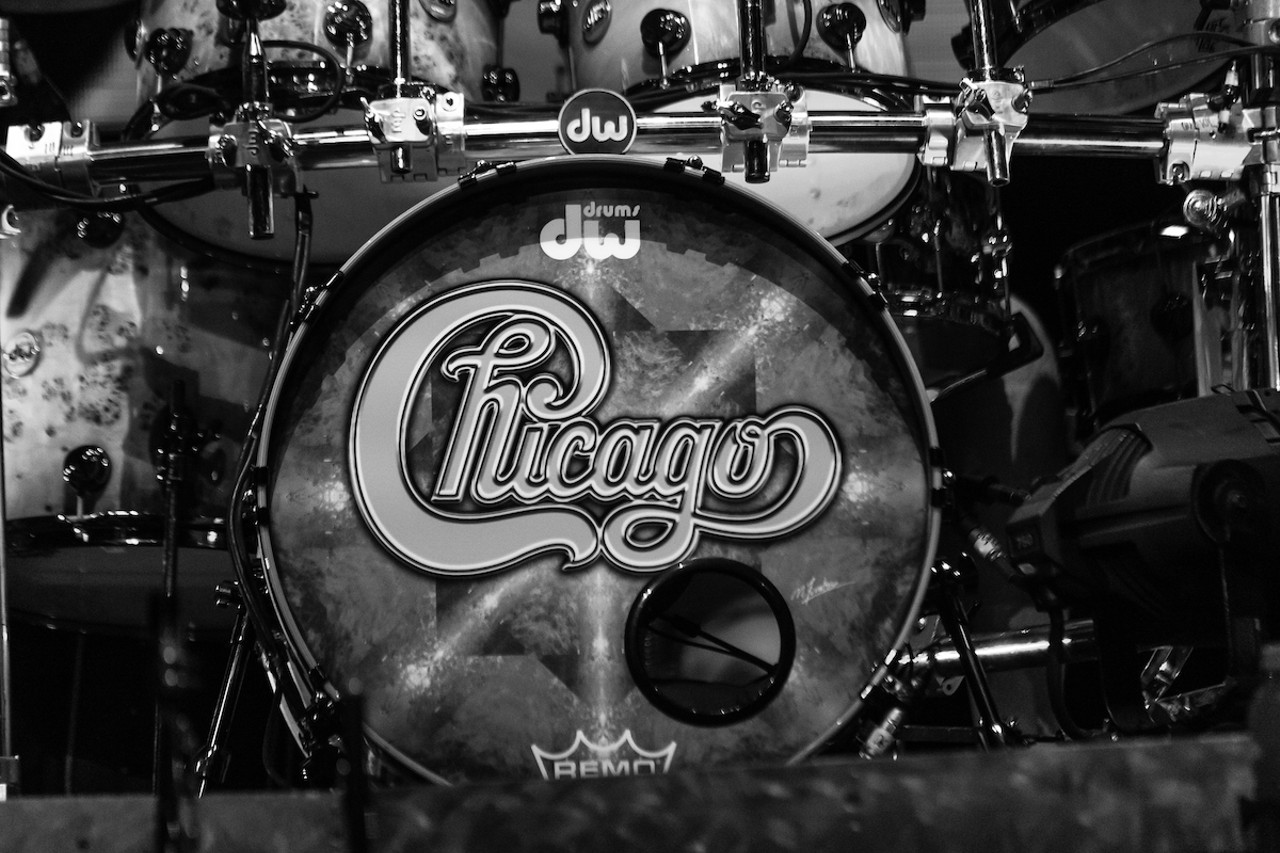 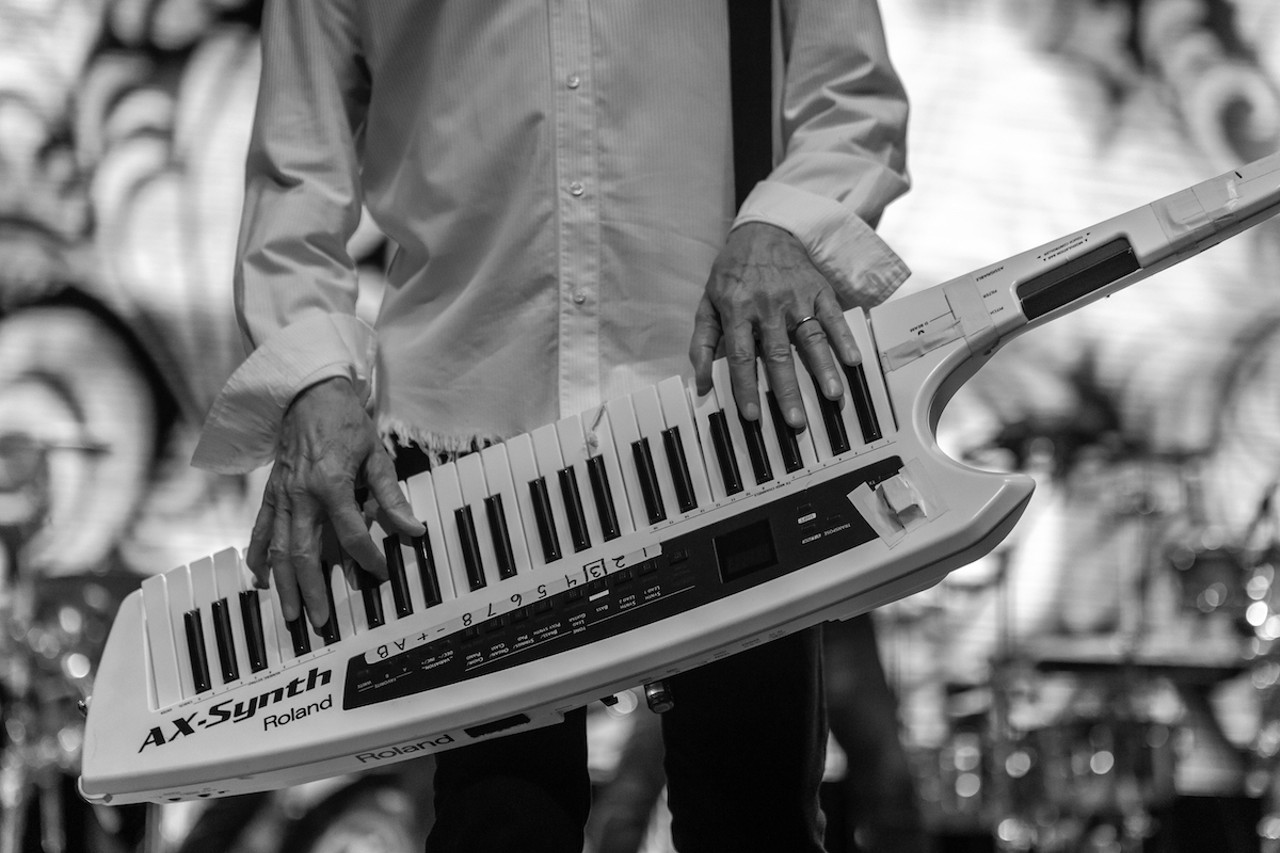 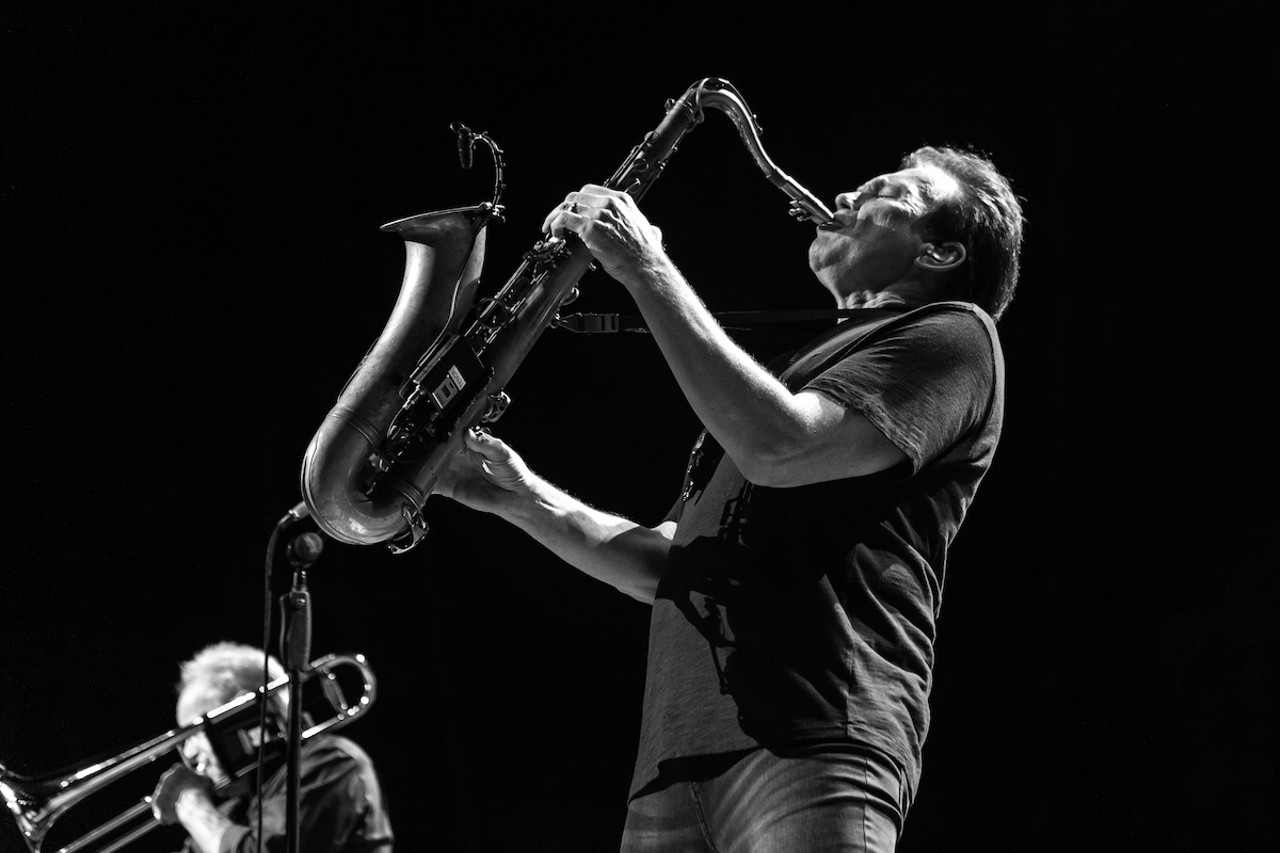 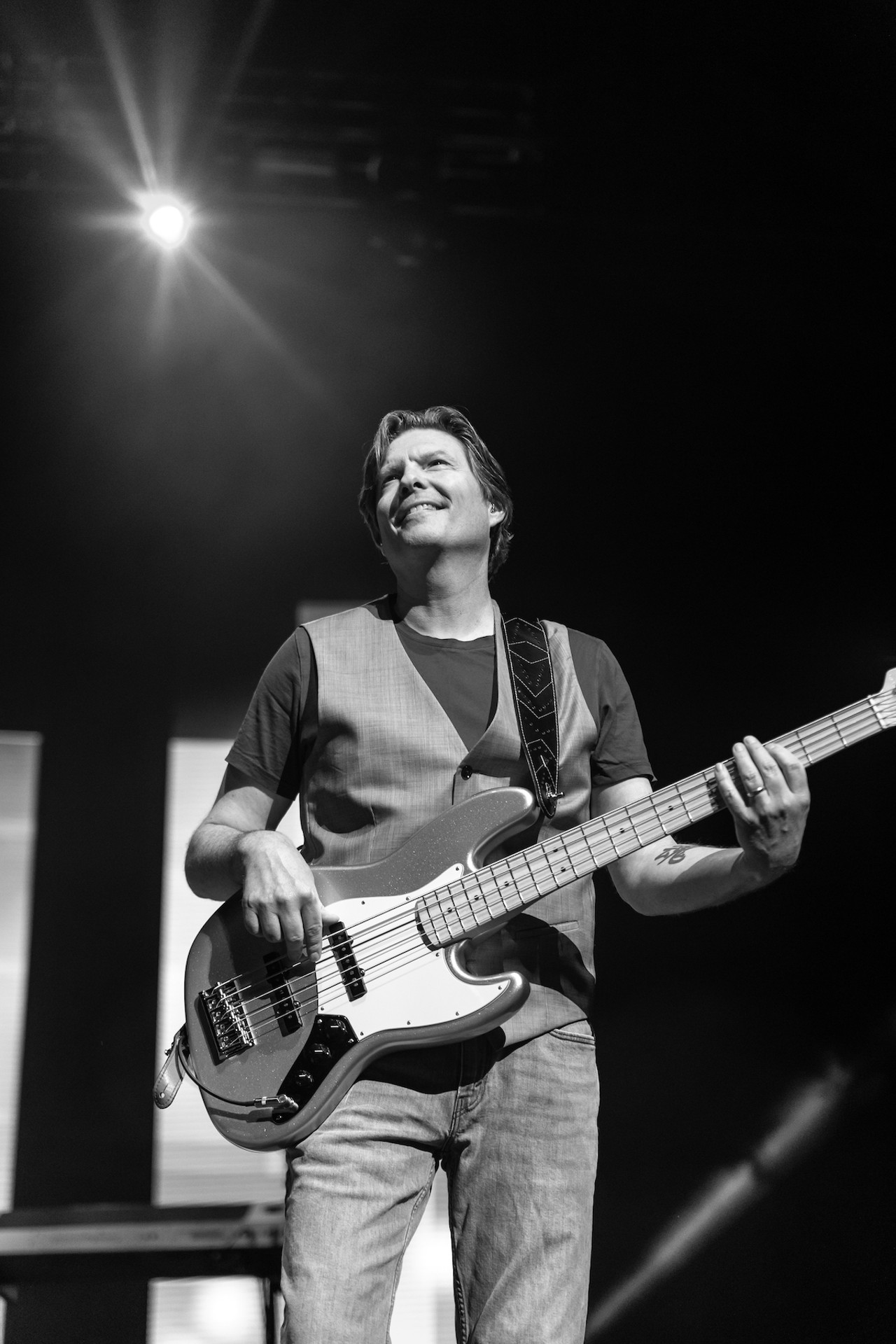 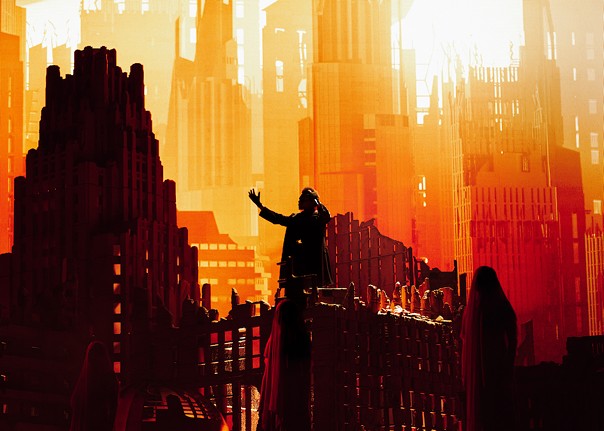 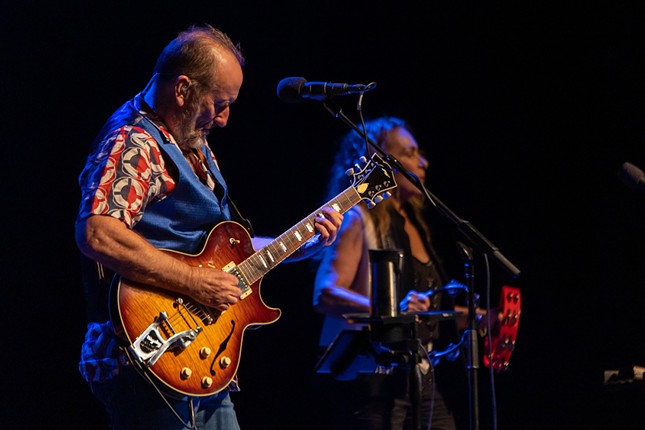 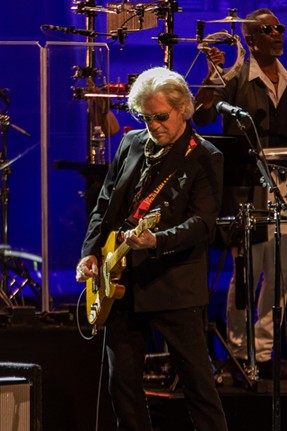 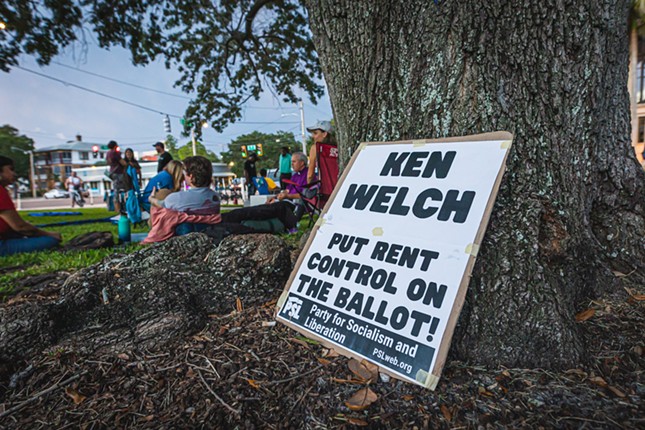 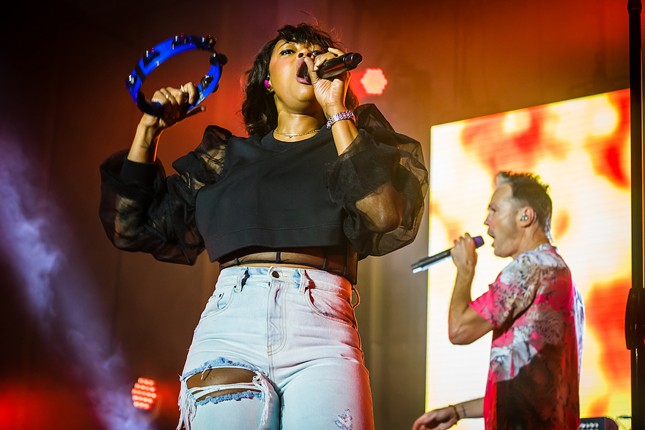 [image-6] Legendary British rock and roll band The Who is still at it, despite carrying on with only two original members leading… 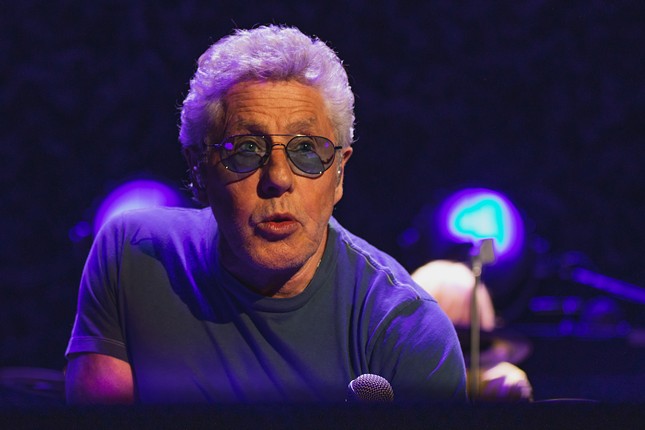