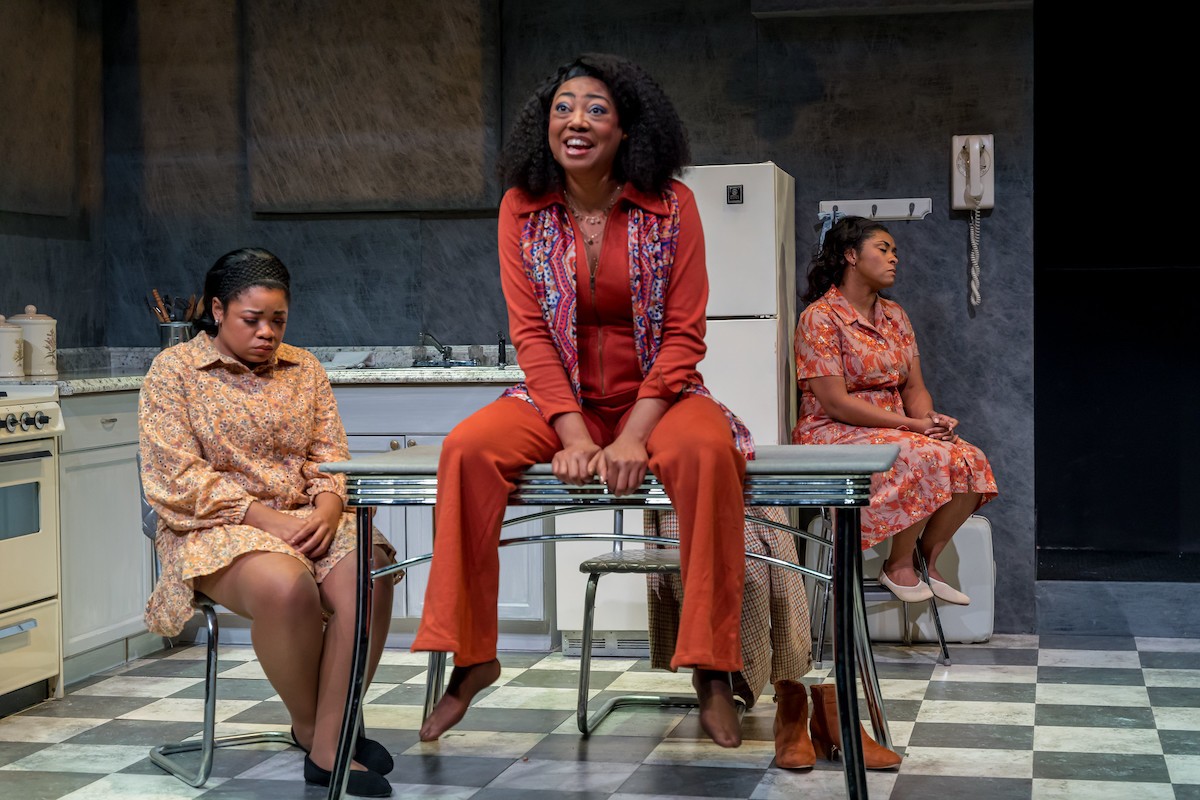 Photo by Chaz D. Photography
Shelby Ronea, AJ Baldwin and RIta Coleman in American Stage's 2023 production of "Crimes of the Heart".
In a year where many of our politicians feel it’s their patriarchal duty to abridge women’s rights, it’s encouraging to see plays on both sides of Tampa Bay that celebrate female empowerment. One running in St. Petersburg through Feb. 5 is a dark Southern comedy ultimately celebrating family. American Stage has mounted a sterling production of Beth Henley’s Pulitzer Prize-winning “Crimes of the Heart,” which is firmly rooted in the quirky Southern Gothic traditions of Carson McCullers and Flannery O’Conner.

I’ve always seen it as a very “white” play. But contemporary theater has embraced non-traditional and colorblind casting in ever evolving forms for half a century. Notable recent examples are Wendell Pierce (“The Wire”) leading the latest “Death of a Salesman” Broadway revival heightening the insurmountable attainment of the American Dream. Willy Loman's pain, anguish, and psychological self-destruction are magnified by making him Black in 1949.

Or, perhaps, turning The Little Mermaid’s Ariel from a white animated character to a Black live action mermaid not only reflects historical folklore, but allows young girls of color to see themselves in the Disney franchise.
Ultimately, Henley’s dialogue proves elastic and the performers are supremely skilled. Unlike the previous examples, though, the switch from white to Black doesn’t re-contextualize the play or enhance the themes. It is, however, a welcome reminder that the setting of Hazelhurst, Mississippi, a town of 4,000-ish residents for decades, is poor and overwhelmingly non-white. The takeaway really is just a reminder that we’re more alike than we are different—except for “yankees” of any ethnicity who are questioned with disdain.

The action revolves around a rambunctious 30th birthday celebration, but “Crimes” literally runs the gamut from attempted murder to suicide, to pornographic photos, to heartbreak, to reunited love, to jail, to hospital commitment, and all with a tongue-in-cheek emphasis—which makes even granddaddy’s relapse into a coma a hilarious affair.

Chicago-based stage/movement director, Elizabeth Margolius, delivers a very smart production and with set designer Jack Magaw imagines the McGrath family kitchen as a floating checkerboard that’s almost like a multi-plane museum installation surrounded by a moat of pedestals. The entire stage width is a canvas for evocative lighting by Joseph Oshry and Mike Tutaj’s sophisticated projections which visualize everything from cigarette smoke to legal documents.

Photo by Chaz D. Photography
Henian Boone and Rita Coleman in American Stage's 2023 production of "Crimes of the Heart".
The costumes by Debbi Lastinger and Macy Smith accurately reflect the train wreck of polyester and unfettered color and patterns that somehow seemed stylish in the mid-70s. What were we thinking? In any case, Chick’s opening ensemble is an eye popper and perfect for the brash viper-tongued cousin, wonderfully embodied by Jada Griffin.

The whole acting ensemble is first-rate. Rita Cole’s spinsterish Lenny anchors the action as she hides her shrunken ovary behind a curtain of fear, Meg (A.J. Baldwin) is the bold and worldly, yet essentially frightened, middle sister; while Babe (Shelby Ronea) is “having a very bad day.” To say more would deprive you of many quirky delights. Xavier Mikal as Babe’s smitten, but inexperienced lawyer, finds just the right tone and goofy smile.

The decision to switch the ethnicity of the cast defangs one segment built on an interracial trope, but the entire production demonstrates the universality of the action. However, Doc Porter (a genial Henian Boone) becomes a generic hunk instead of a limping red state redneck. And Babe seems rather a victim of bad judgment and not out of touch with reality. It’s a missed comic opportunity to introduce Babe’s saxophone (per playwright Henley) and not have her delusional attempt to play.

Nonetheless, when the quirky sisters finally eat cake, you can’t help but share the joy.
Scroll down to view images

Photo by Chaz D. Photography
AJ Baldwin and Xavier Mikal in American Stage's 2023 production of "Crimes of the Heart".

Photo by Chaz D. Photography
Cast and crew of American Stage's 2023 production of "Crimes of the Heart". 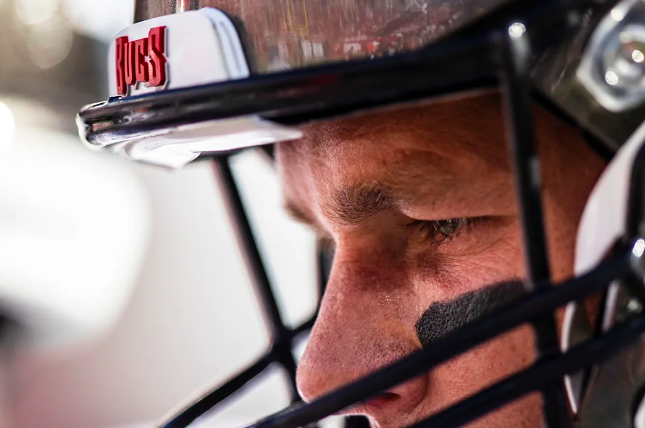 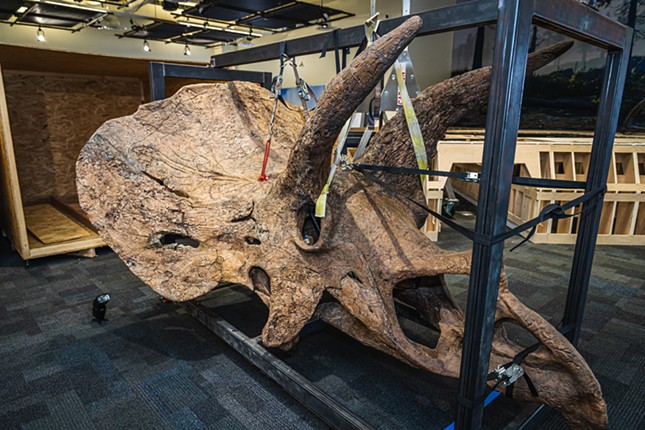 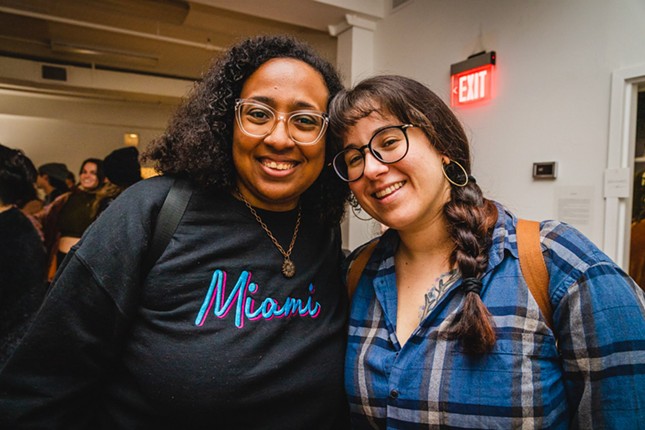 Off 7th avenue in the heart of Ybor, three friends have formed Tampa’s first official microcinema with a simple yet potent vision:… 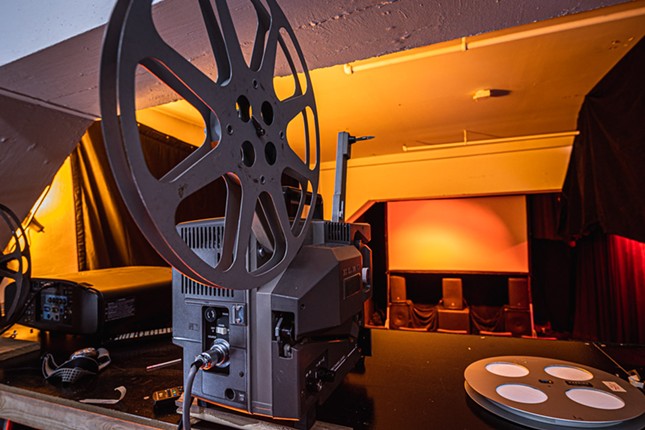 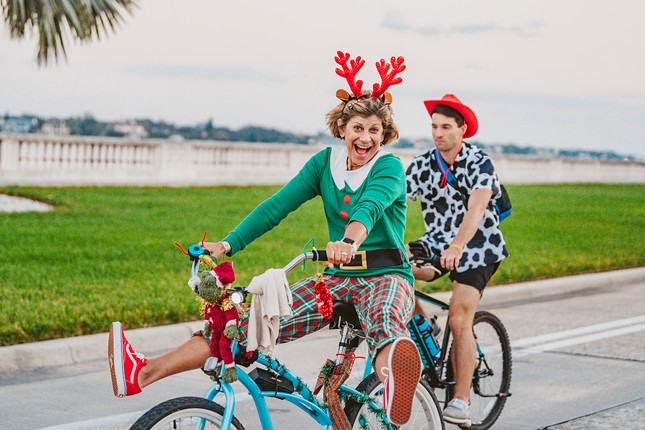 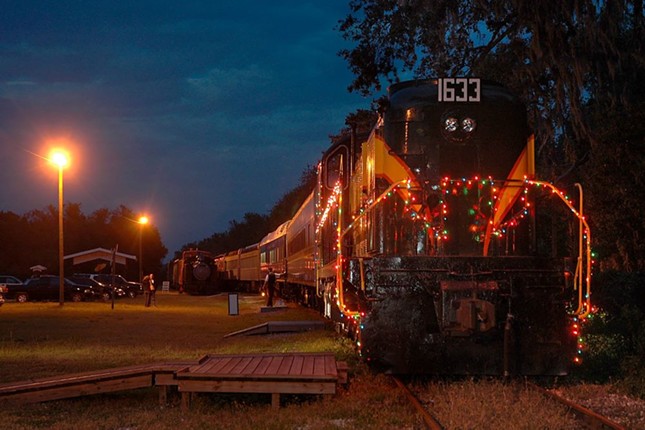