Let’s be clear about one thing. John Prine’s canon — which spans nearly half a century — is a gift in itself. Born 71 years ago in rural Kentucky (Illinois; his parents were from Kentucky), Prine has been able to masterfully roll his years as an army man, mail carrier, friend, husband and father into a collection of songs that are unpretentious, yet incredibly poetic in the way they bring melody and sound to the emotions and observations that so many of us experience every day.

In short, Prine’s songs on record alone, are enough to make someone feel like there’s a friendly pen out there to help make sense of the long, strange trip we’re on. To be able to see Prine perform the songs in person is the sweet, sweet icing (or enchilada?) on the cake.

For two hours on Friday night — in front of a nearly sold-out crowd at Clearwater’s Ruth Eckerd Hall — he did just that. Dressed for business in a blue suit and purple necktie, Prine and his three-piece band turned a walk through that aforementioned canon into a 25-song set that felt like watching birds fly oh so high. Guitarist Jason Wilber, longtime bassist Dave Jacques and drummer Kenneth Blevins were more than warmed up by the time the ensemble launched into its second song (“Glory Of True Love”), and Prine was happy to play along by joyfully tapping his feet and subtly shimmying in his little square of the stage.

His vocal was incredibly strong on one of Fair & Square’s tenderest tunes, “Long Monday,” and “Your Flag Decal Won't Get You Into Heaven Anymore” — which mail carrier Prine wrote at the height of the Vietnam War — still sadly stings in these days when a new set of phony patriots and foul-mouthed jingoists spread misguided nationalism on television screens.

A solo take on “Sam Stone” functioned in the same way, but Prine never had to get political or even glance at a soapbox to get his point across on Friday. Instead he leaned on his early work to string together performances of soft-hearted lullabies (“Six O’Clock News”, from his 1971 debut) and touching tributes to people who’ve left this world.

“I used to play this with my good buddy Steve Goodman,” Prine explained before a take on “Souvenirs” from his 14th studio album of the same name. “Steve made it seem like I was playing the good parts, but that just wasn’t the case.”

Goodman died of leukemia in September of 1984, and the Chicago songwriter was one of Prine’s closest friends. Prine’s graciousness (and gregarious spirit) is perhaps the most endearing element of his live set. For a man whose compositions look so deep within the human spirit, he sure loves to look outward and feast his eyes on the actual humans he shares the stage with.

He thanked opener Amanda Shires for all of the great shows they’ve played and together worked through heartstring-pulling, fun takes on “Unwed Fathers” and “In Spite Of Ourselves.” On “Fish and Whistle,” Prine took a moment to dedicate the cut to his longtime friend, Suncoast Surf Shop founder Joe Nuzzo, whom he met and befriended after a Bay area show in the 80s.

A lonesome spin on “That’s The Way The World Goes Round” was followed by Prine’s introduction of his “good friend Sturgill Simpson,” who delivered a sparking solo on German Afternoons highlight “Speed Of The Sound Of Loneliness.” The pair will play an April New York City show together when Prine releases an album of all-new music, and Simpson, a 39-year-old Grammy winner, is making big waves in an authentic country movement that gives music fans an alternative to the products Big Nashville continues pedalling to the masses.

Simpson, dressed casually in a hoodie and khakis, played it cool in front of his idol, however, and Prine was happy to josh around by futzing with the cadence at the end of “Please Don’t Bury Me.” The unplanned tempo change plastered a grin on Simpson’s face, and his and Shires’ presence made it feel like Prine feels good about the direction Americana music is headed.

A hootin’, hollerin’ take on “Lake Marie” ensured that fans would go home feeling good, and Prine provided added value by executing his version of the moonwalk for one of the greatest, most hilarious stage exits in the history of country music. An encore performance of “Paradise” was dedicated to his brother Billy Prine and made complete by Shires, Simpson and the entire band who collectively delivered a truly unforgettable moment that we’ll probably never see in Clearwater again. That is, unless, Prine decides to treat us again after that new album comes out.

Because Prine indeed holds the keys that took Ruth Eckerd Hall halfway to heaven on Friday night, and we’ll all be happily waiting for whatever version of paradise he brings to us next.

Have a look at a set list and photos from the show below and click here to listen to a playlist featuring songs Prine played at the show.

Your Flag Decal Won’t Get You Into Heaven Anymore

Grandpa Was A Carpenter

In Spite Of Ourselves (w/Amanda Shires)

That’s The Way The World Goes Round*

Speed Of The Sound Of Loneliness (w/Sturgill Simpson) Liverpool metal band Loathe was in the states yesterday for a show at Tampa Orpheum where Omerta and Unity TX opened. 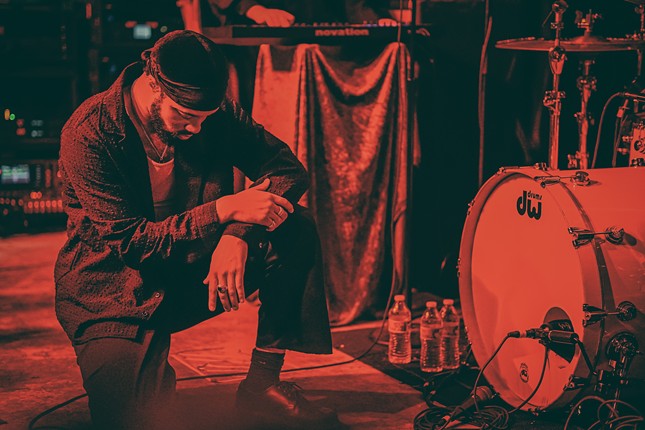 A commonly used phrase at last weekend’s 21st annual 97X Next Big Thing was “end of an era.” Don’t worry, it had… 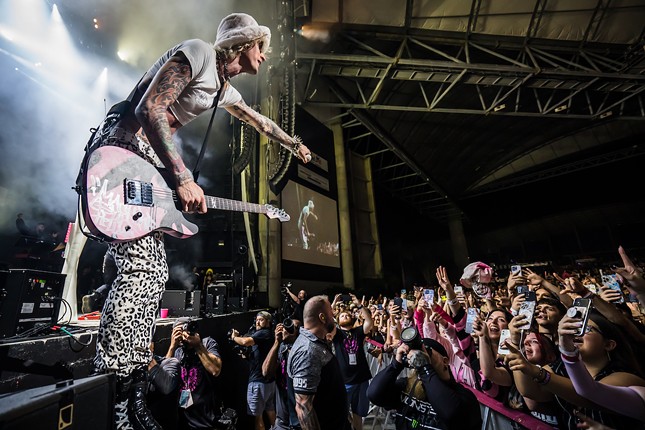