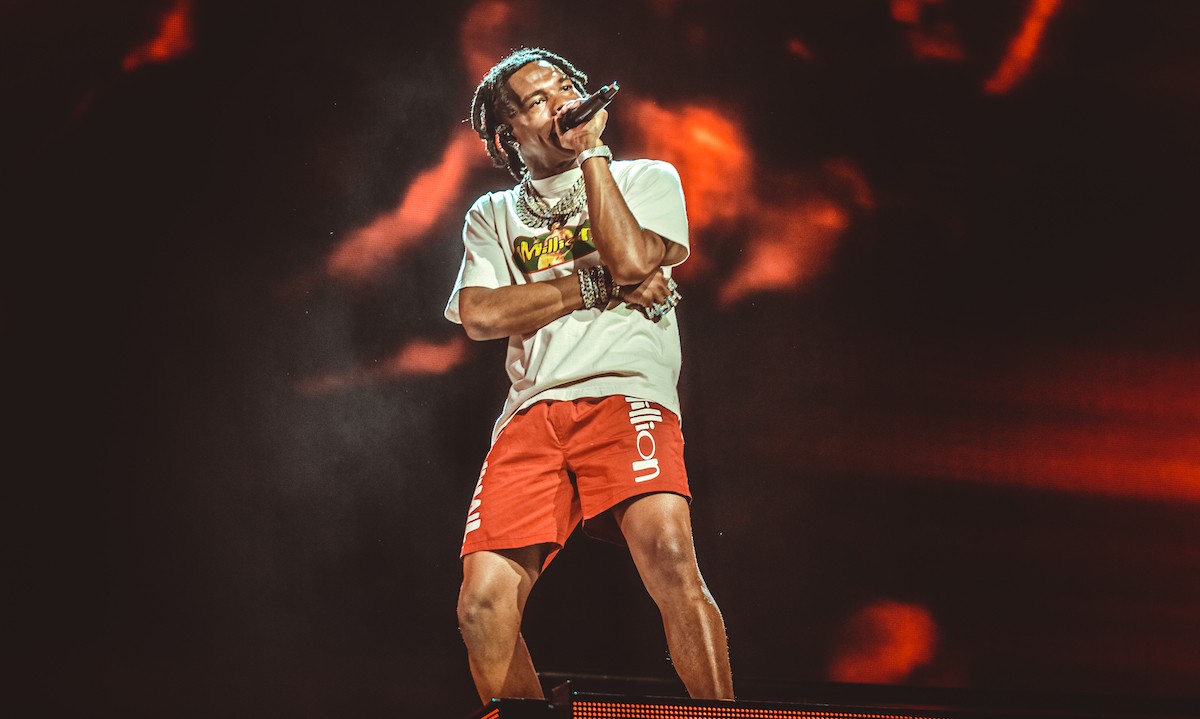 Photo by Isaiah Stephens
Lil Baby plays MidFlorida Credit Union Amphitheatre in Tampa, Florida on Aug. 13, 2022.
What makes a superstar performance? Is it the power to draw another major star onto the stage as a co-headliner? Is it the astounding pyrotechnics and stage props, or maybe sheer size of the audience? How about a plethora of hits, collectively exceeding billions of streams? Last Saturday, Lil Baby and Chris Brown checked all of those boxes at Tampa’s MidFlorida Credit Union Amphitheater for the much anticipated, “One of Them Ones” Tour.

The sold-out gig was a larger-than-life spectacle from the 26-year-old, 14-time platinum rapper, Lil Baby, and one of the most influential R&B artists of the last decade-and-a-half, Chris Brown. For 70 minutes each, Baby and Brown took turns delivering hit after hit while epitomizing what it means to be a performer in this day in age.

As he rose from beneath the stage, Lil Baby jumped into records such as “Baby”, “On Me”, “We Paid”, “U-Digg”, and “Drip Too Hard”, cementing the audience in their standing positions, camera phones in hand. Lil Baby, having performed at the old Gary almost a year ago, showcased his growth as a live performer as he moved deliberately and with confidence, commanding the stage and the crowd as well. Ten songs into his set, after his five-time platinum hit “Close Friends”, Lil Baby gave way to Brown for an elaborate, awe striking entrance.

In spectacular fashion, Brown was lowered onto the stage amongst a screen featuring multiple Browns being lowered in sync, illustrating an indisputably astonishing visual, the first of many during Brown’s sets. Alongside a dozen dancers, he kicked off the set with “Forbidden” and, with fluid choreography, dove into other records such as “Hit My Line”, “Party”, and “Liquor”. Hopefully, the audience came for a dance party as much as a concert, as Brown looked visibly excited, busting moves left and right. Continuing with songs from his new album “Breezy”, such as “Pitch Black”, “Psychic”, and “Warm Embrace”, Brown made it clear that he had a new album to push, at the cost of older material.

It must be said that despite the cloud of controversy which has continued to follow Brown throughout his career, his music and performance is what resonated most with the audience. When Brown performs older hits like “Pills and Automobiles” and “Privacy” to thunderous applause, it’s a reminder of how influential his music has been over the past decade.

Lil Baby’s second set kicked off with blasts of pyro and smoke, firing off records like “Sum 2 Prove”, “In a Minute”, “Whoa”, and “Every Chance I Get”. After Brown's previous set, it was evident that Lil Baby brought a needed increase in pace. Wrapping up with “Emotionally Scarred”, Lil Baby remarked “Y’all are the best fans in the world! Thank you!” as he exited the stage, giving way to yet another powerful entrance from Chris Brown.

As Brown powered onto the stage, he packed in a few more classic hits, allowing the audience to choose his next song by popular vote, which yielded bellows from the audience that were deafening as much as they were inspiring. “Ain’t No Way”, “Loyal”, “Poppin”, and “No Guidance” were a few records that were chosen, all of which required little to no effort on Brown’s part due to the audience’s will to carry the songs for him. Moments later, Brown had a separate section of the stage dedicated to afro beats, grooving to records such as “Monalisa” and “Call Me Every Day”, giving a tasteful change in pace from his stereotypical R&B records. For the finale, Brown gave all the energy he had left as he completed a carefully choreographed dance compilation in perfect sync with a transformer-type robot behind him in “Iffy” and “Go Crazy”, as he strutted off the stage leaving his final remark, “I love you Tampa!”

Starting off the night, and to much surprise of almost everyone in the amphitheater, Druski replaced what was supposed to be Yung Bleu. Druski, a social media comedian, gave the crowd a much-needed break from the anticipation of Lil Baby and Chris Brown. As he brought two female fans up to the stage, to have a sing off, Druski definitely knew how to get an audience engaged and gave everyone a great laugh.
Scroll down to view images 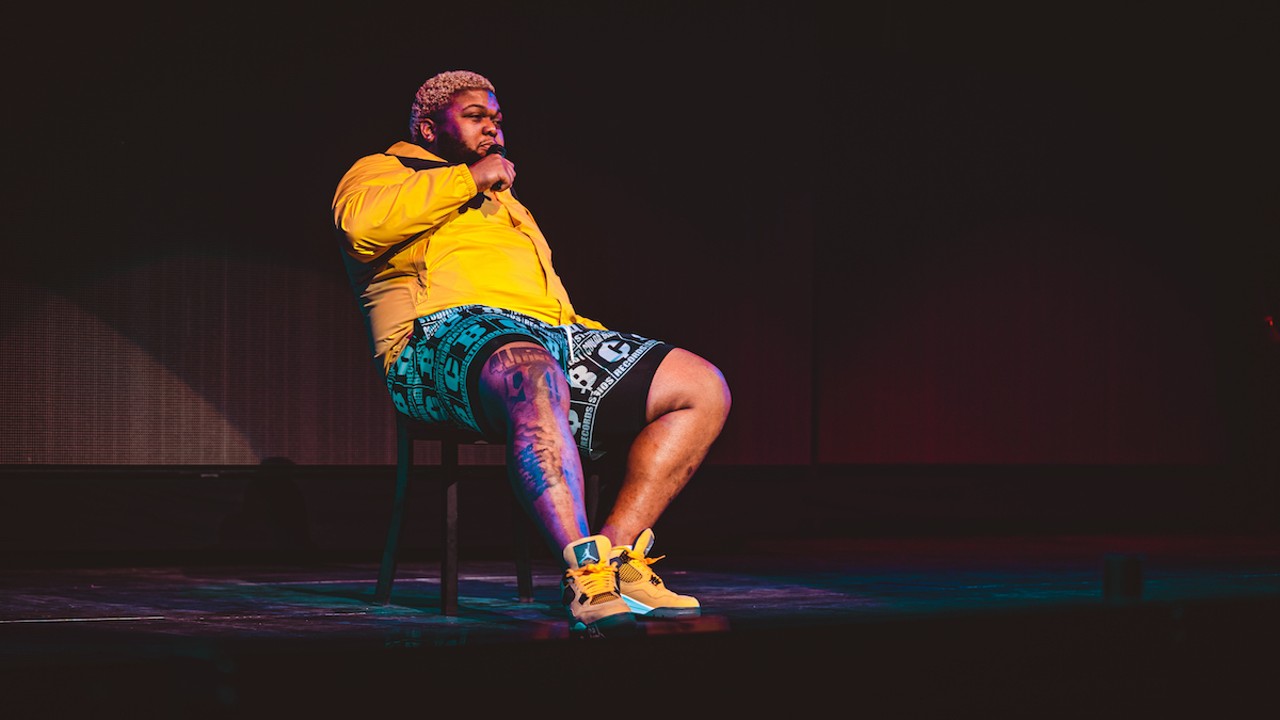 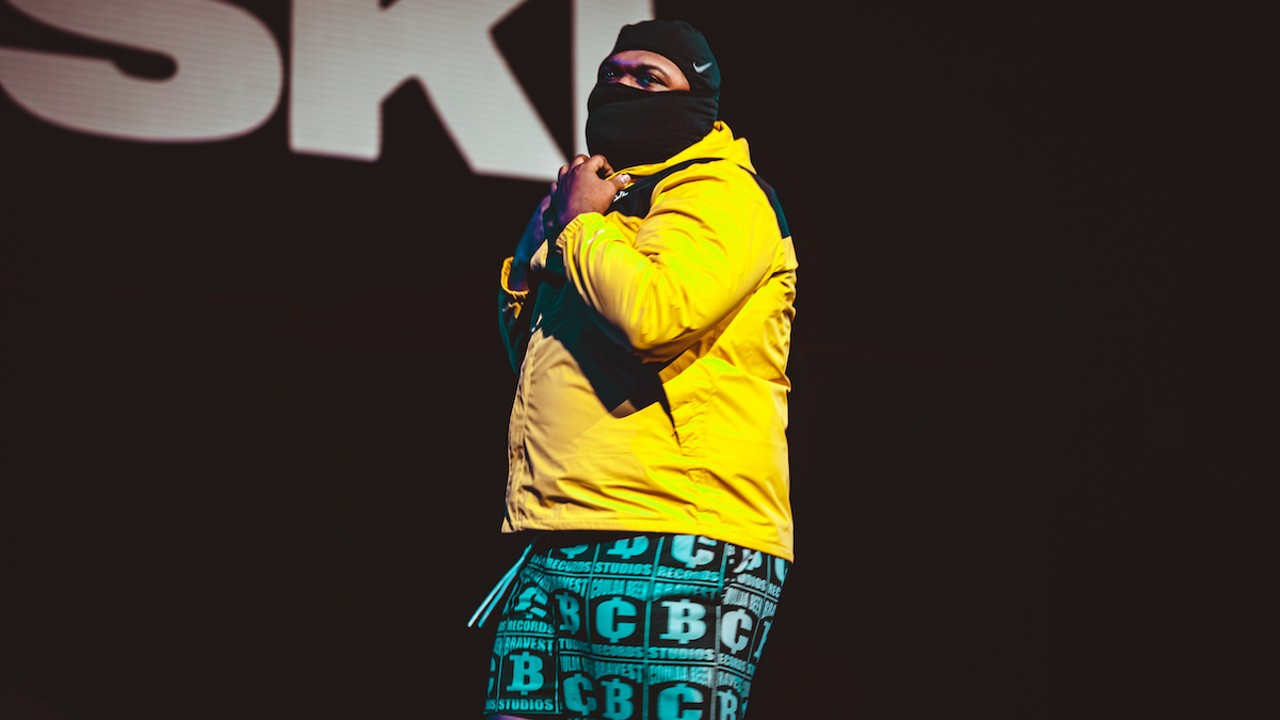 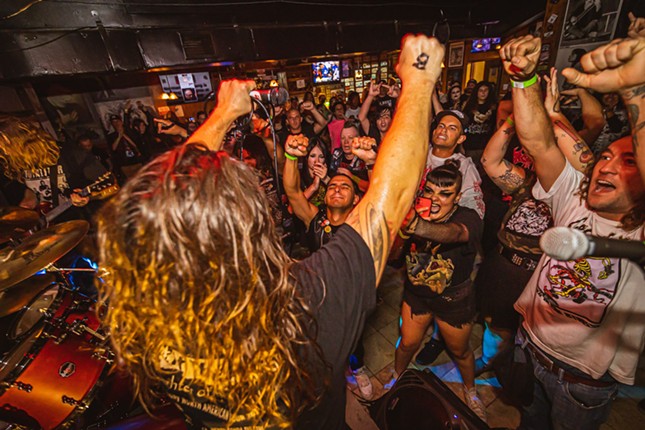 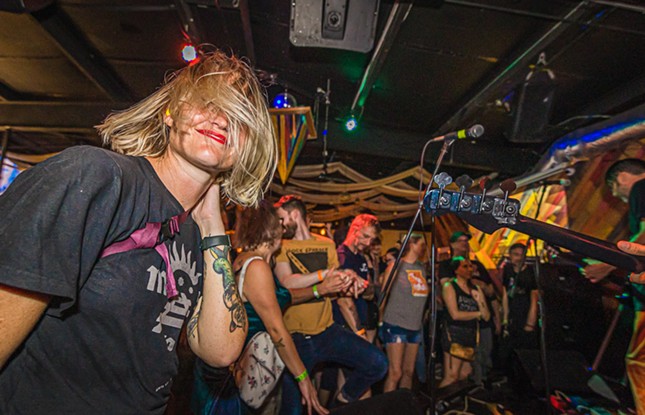 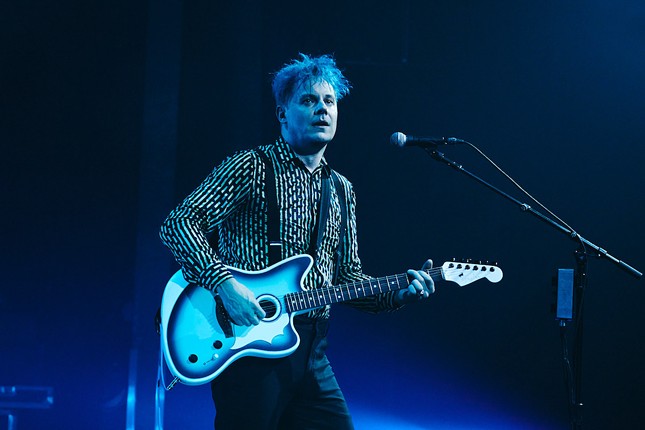 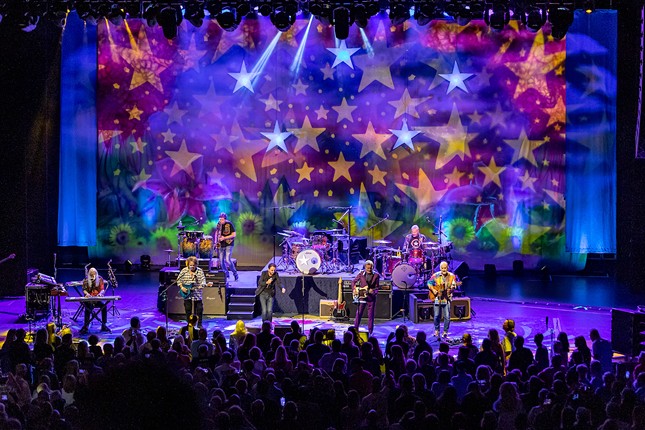