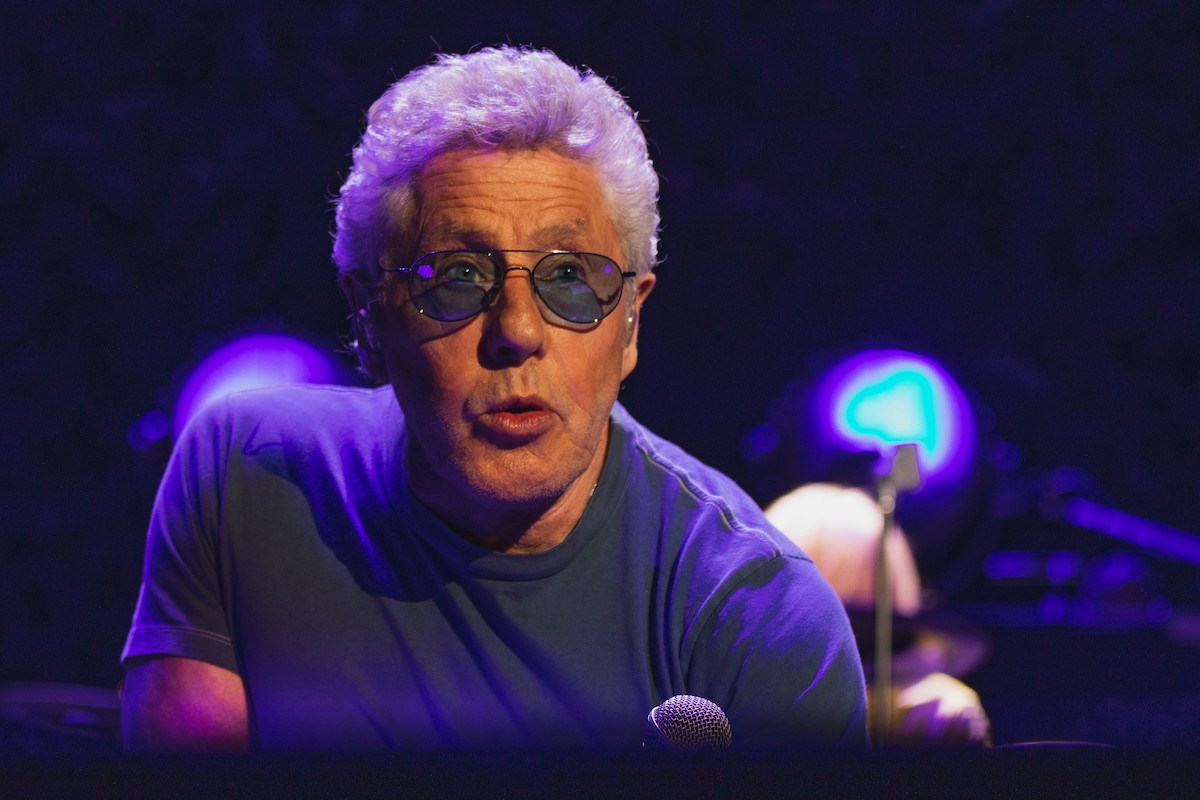 Photo by Sandra Dohnert
The Who plays Amalie Arena in Tampa, Florida on April 27, 2022.
Legendary British rock and roll band The Who is still at it, despite carrying on with only two original members leading the pack. Out on the road in America for the umpteenth time since the band’s first visit to our shores in 1967, the group’s core consists of founding members, lead vocalist and front man Roger Daltrey and guitarist/songwriter/singer Pete Townshend. For its current jaunt, billed as “The Who Hits Back!,” the band has employed the accompaniment of a full orchestra to round out its sound.

On only the third stop of the tour, the group—also consisting of powerhouse drummer Zak Starkey (the son of another pretty famous drummer, Ringo Starr) and Townshend’s younger brother Simon on rhythm guitar—made a stop at Tampa’s Amalie Arena on Wednesday night and entertained a midweek crowd of just under 8,000 for just two hours.

Kicking off the night of music in dramatic fashion, the band, flanked by a large string section and a brass section bookending it, started out with the orchestral “Overture” from its 1969 masterwork rock opera Tommy. Daltrey, looking fit and brawny in a plain t-shirt and jeans shook a pair of tambourines as all the musicians crowding the stage worked their way through the intricate piece of music. Steadily trotting through other selections from that album in succession, Townshend, nattily clad in black blazer with a yellow hankie hanging from its pocket, got to show off his guitar chops during "Amazing Journey" and filled the arena with his crunchy, supercharged ax work. Cleverly-arranged, onstage lighted pillars and lights mounted on the stage’s backdrop helped set the mood for the night as they beamed and danced in perfect precision with the music.

Daltrey, now 78, isn’t nearly as mobile and agile as he was in his heyday, but he still found it in his arsenal to get in a few of his acrobatic mic cable swings and twists he’s trademarked since the ‘70s. He strapped on a guitar to play along with the night’s first bona fide crowd pleaser, “Pinball Wizard,” which sounded strong and gritty and drew a raucous roar from the audience. While not as commanding vocally these days and unable to approach the enormous range he owned back in the day, Daltrey can still belt like few other rock singers can, regardless of age. His performance improved and warmed as the night progressed, as evidenced by an early, muscular reading of the 1978 hit, “Who Are You.” Townshend’s first (of many) spoken interludes with the audience touched on the inevitable acknowledgment of the state of the post-pandemic world.

“This may be the first concert you’ve seen in a while,” Townshend mentioned. “I hope it feels good,” he concluded to rousing applause that led to 1982’s “Eminence Front,” which featured the guitarist’s strongest, most snarling vocal performance of the night. A poignant moment came when, while performing a burly version of “Join Together,” an image of the Ukrainian flag behind the likeness of the country’s president, Volodymyr Zelenskyy, appeared on the video projection screens on either side of the stage and was met with clearly audible approval.

Continuing to plow through a barrage of heavy-hitting rockers, things hit a snag during a stab at 1967’s psychedelic-tinged “I Can See for Miles.” Following a heartfelt intro that found Townshend reminiscing about the song’s success in America as a result to the group’s groundbreaking appearance at the Monterey Pop Festival in June of ’67, things took a downturn. At the song’s climactic mid-point, Daltrey stopped singing which brought the band’s playing to a screeching halt. The singer then started verbally complaining about the lack of sound coming from his monitors which derailed the performance. 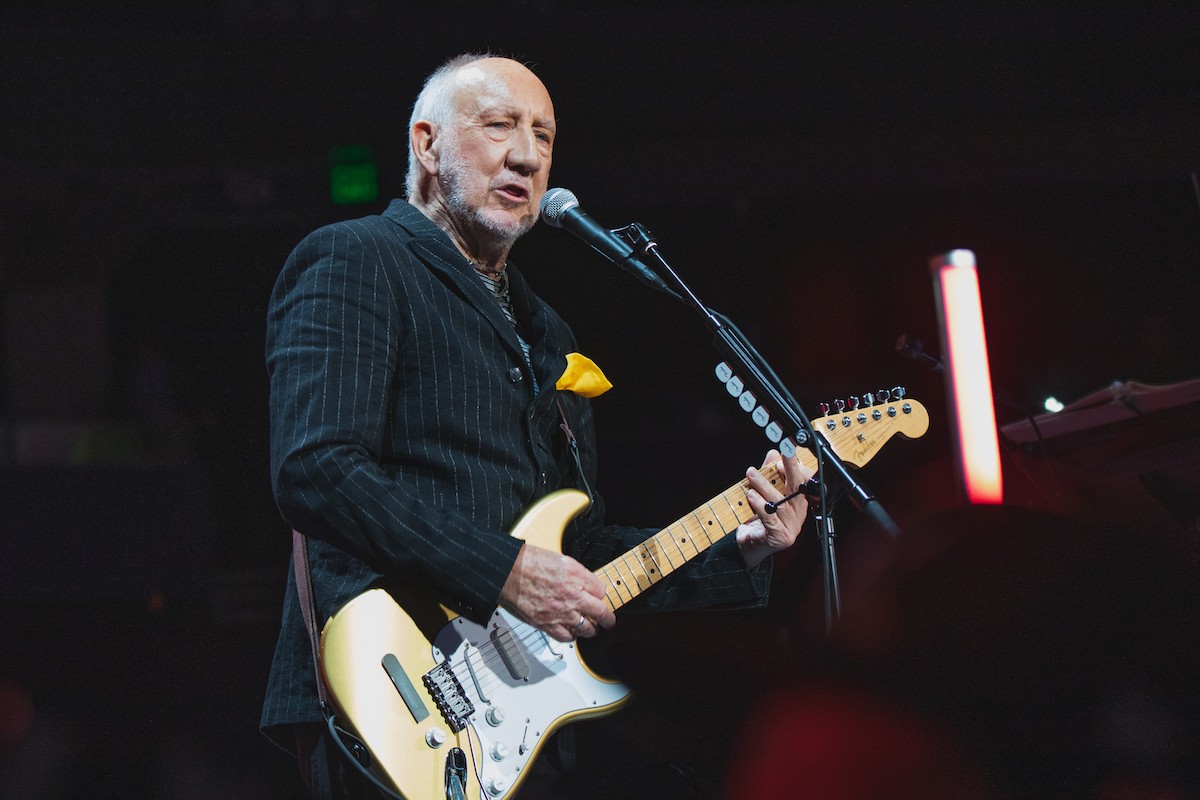 Sandra Dohnert
The Who plays Amalie Arena in Tampa, Florida on April 27, 2022.
Visually perturbed, Daltrey was obviously not happy. As the sound issues were being sorted out, he and Townshend opted to shift gears and perform a two-man, sparse, acoustic version of the nugget “Naked Eye.” Trading off verses, the arrival of this rarity, despite the circumstance that led to its unveiling, thrilled the diehards throughout the venue, no doubt including a patron near the front of the stage who’d apparently been screaming requested songs titles toward the band.

“We don’t do requests” Townshend lashed, before softening his tone and adding “…but I love you. You paid for my Ferrari.”

Showing some love to another one of the band’s landmark albums, 1973’s Quadrophenia later in the show, the finest passage of the evening occurred with banging, faithful versions of “The Real me,” “I’m One” and “5:15.”

“We’ve had some ups and downs tonight…but they were mainly ups” Townshend apologetically intoned.

All was forgotten and forgiven though, with the show-closing one-two punch of the emotive “Love,” “Reign O’er Me” (which boasted Daltrey’s finest vocal workout of the night) and a high-octane version of “Baba O’Riley,” which was bolstered by a sizzling violin solo by leaping, jumping, and dashing orchestra member Katie Jacoby.

Most who’ve seen The Who live on previous occasions would agree, along with the band members themselves, that this performance was hardly the long-time band’s finest moment. However, despite the challenges they were dealt, Daltrey, Townshend, and company still provided plenty of reminders of the anthemic array of classics they’ve carved out over the last six decades.

Overture
1921
Amazing Journey
Sparks
Pinball Wizard
We’re Not Gonna Take It
Who Are You
Eminence Front
Imagine a Man
Join Together
Substitute
You Better You Bet
I Can See For Miles (incomplete)
Naked Eye
Behind Blue Eyes
Ball and Chain
The Real Me
I’m One
5:15
The Rock
Love, Reign O’er Me
Baba O’Riley
Scroll down to view images 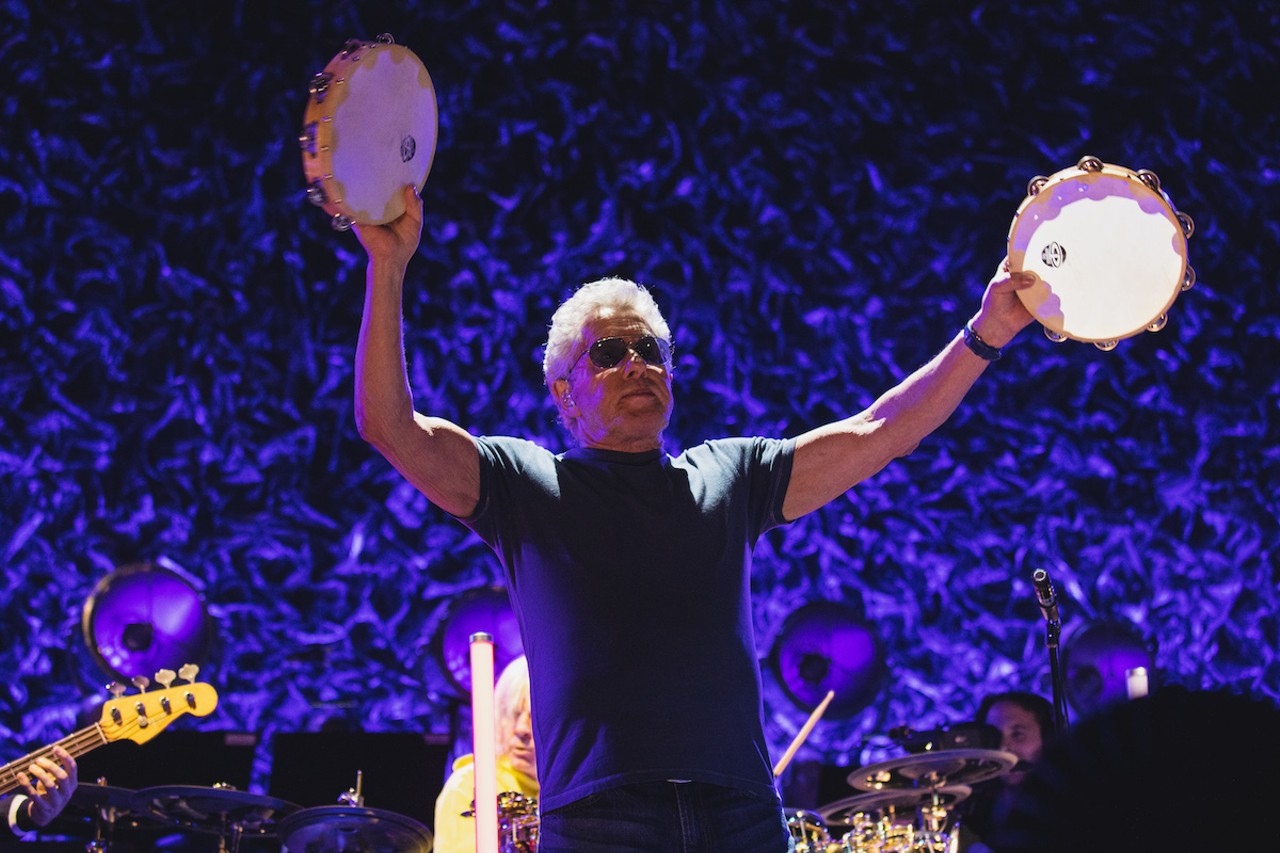 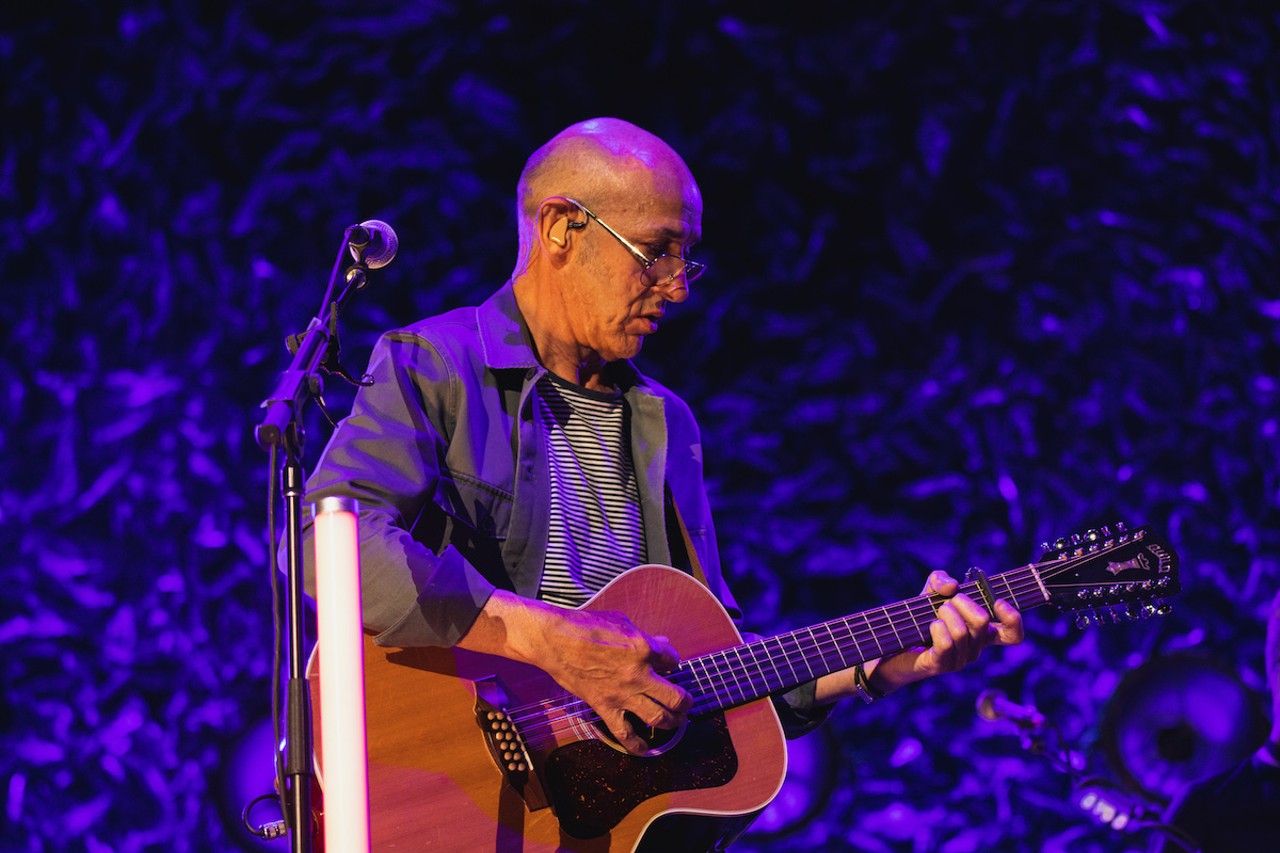 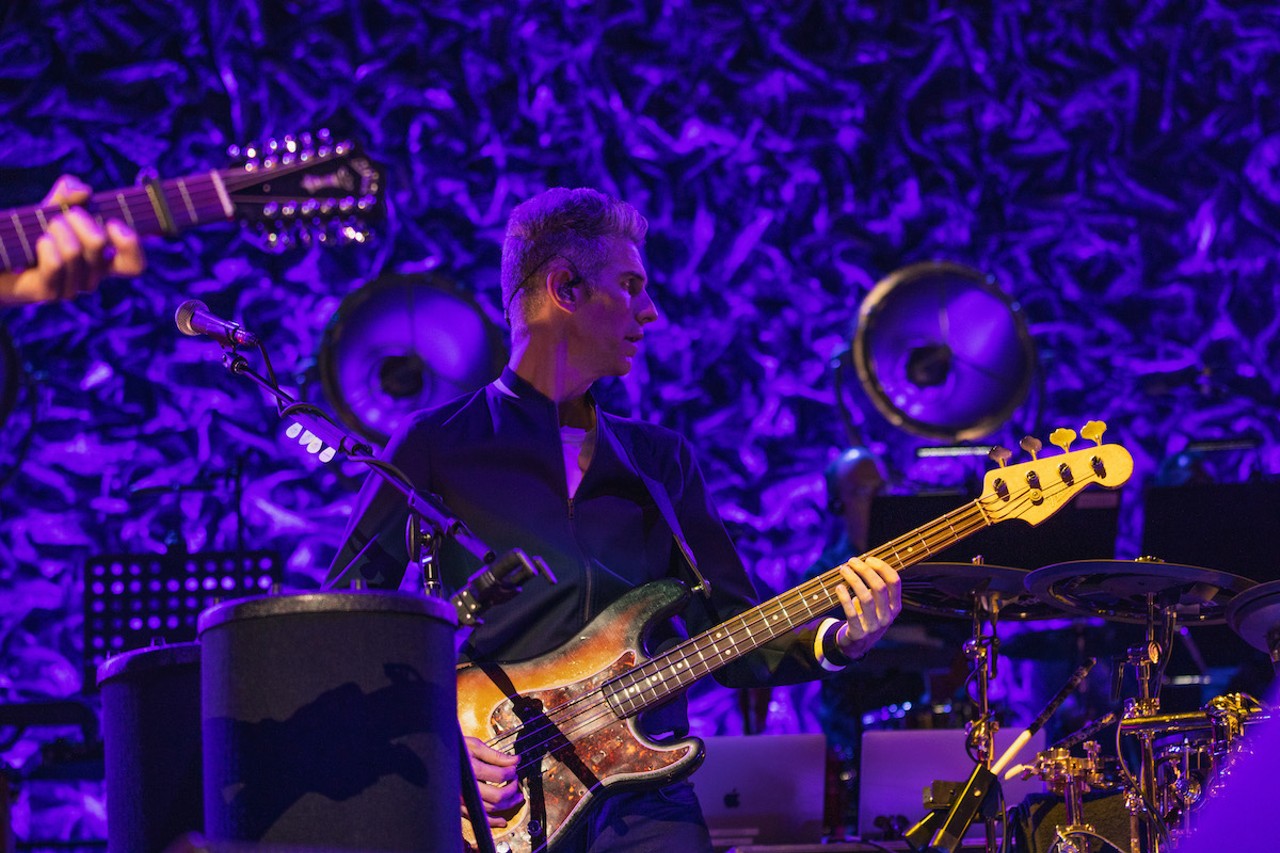 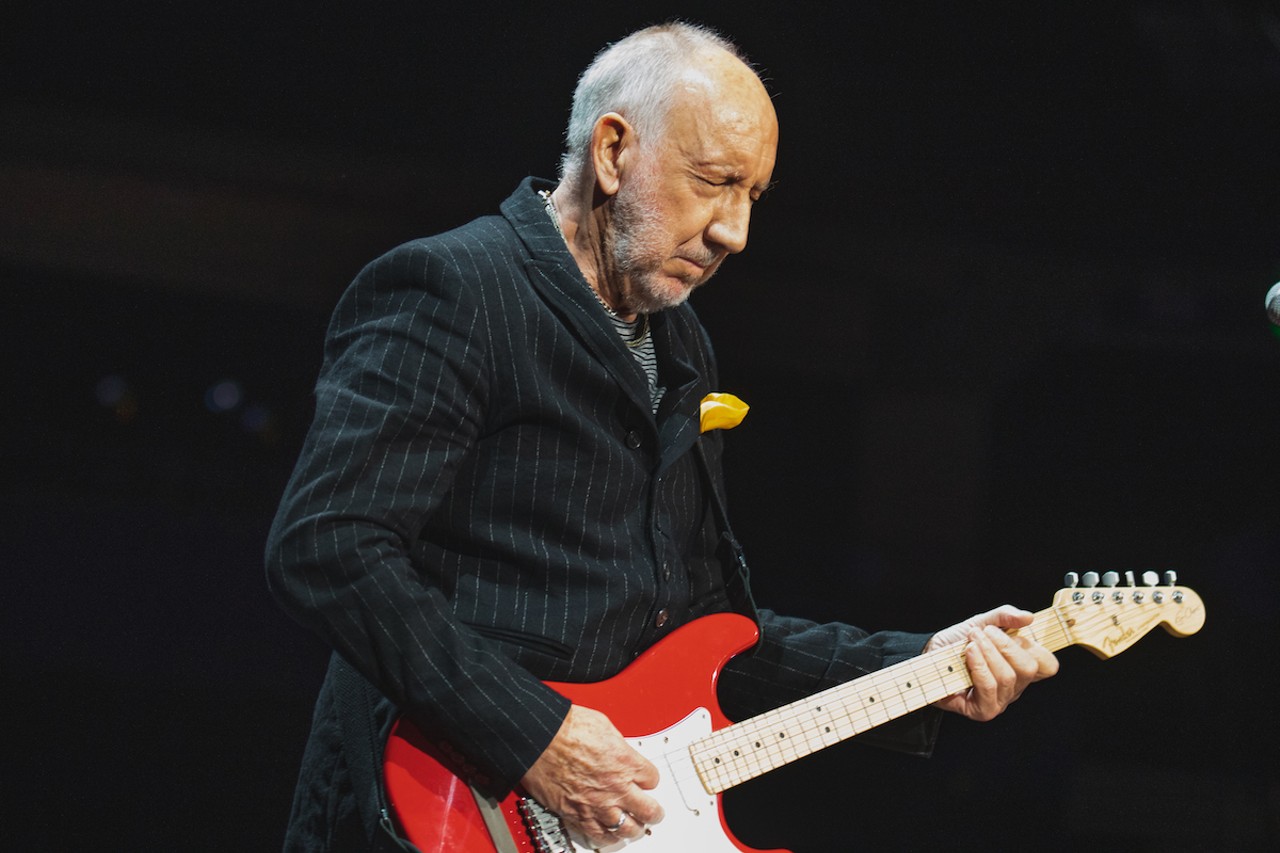 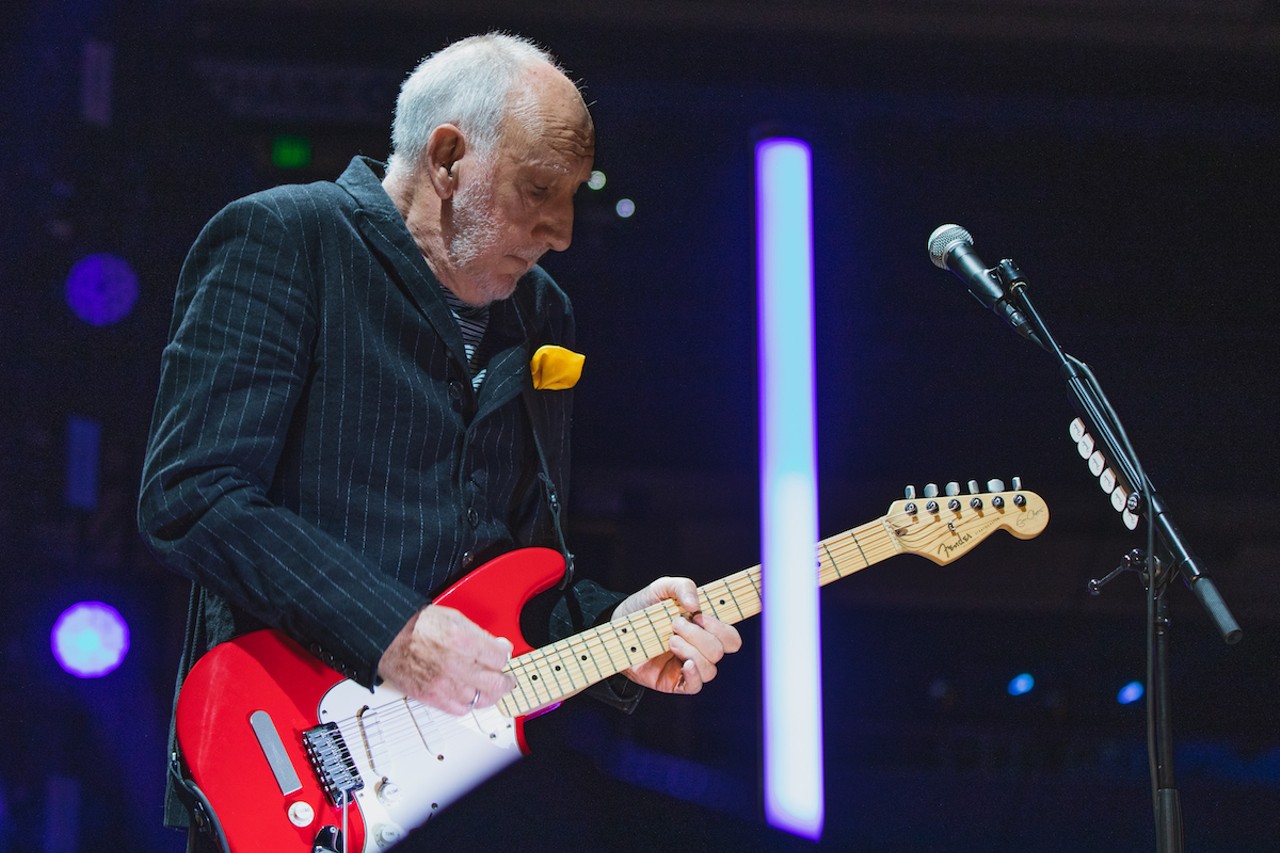 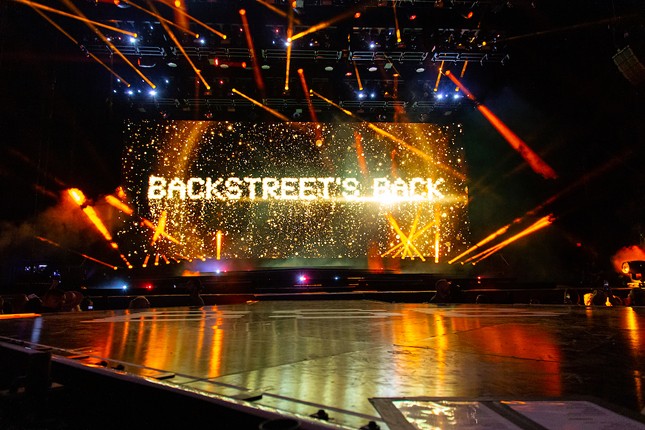 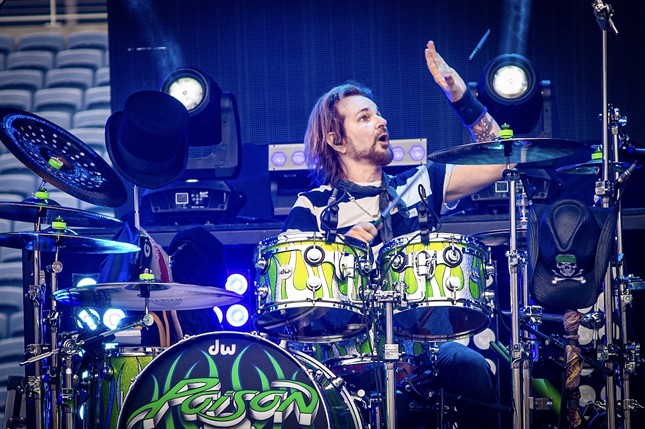 Last Saturday's concert at Tampa's MidFlorida Credit Union Amphitheatre was a classic rock megabill, but at least one of the bands was… 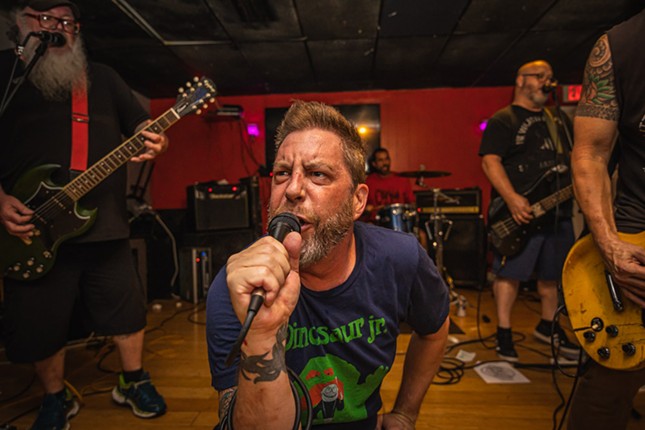 Keith Urban, a perennial presence on sexy lists across a breadth of publications, invited fans to not only gawk at him, but… 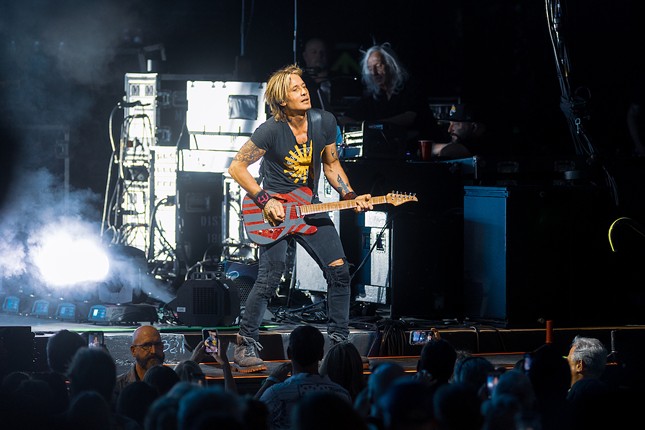