“We are all sprinkles of God...We all rise up at birth and at death are sucked back into the greater life of the universe.” —Gregory Edward Jacobs, A.k.a. ‘Shock G.’

They took turns walking down the aisle to the open casket, which had golden music notes on each corner and was surrounded by white flowers. In quiet reflection, they looked upon the face of Gregory Jacobs, known to the music world as the legendary hip-hop artist Shock G. Tears streamed down their faces as friends and admirers of Jacobs embraced each other inside Ybor City’s Allen Temple African Methodist Church.

Inside the lid of the casket, above Jacob’s face and perfectly groomed gray and black hair, was a picture from his youth. In the picture, he’s in the midst of recording with the Digital Underground, with headphones on and a wide smile expressing how music lit up his life.

Suddenly, family and close friends of Jacobs entered the church. The crowd stood in respect as the Tampa Mass Choir broke into song. They took turns looking upon Jacob’s face one last time before the pallbearers closed the casket. The sound of the singing voices filled the room and cut through the grief as people clapped along to the gospel song, “I’ll Fly Away.”

Reverend Glenn Dames Jr. took the pulpit and shouted, “Greg is free! Shock G is free! He’s flyin’,” he said, waving his arms like a bird. “We’re not here to say goodbye, we’re here to say, ‘See you later.’”

Jacobs passed on April 22 in his hometown of Tampa, where he attended Chamberlain High School and his passion for music flourished. He was 57 years old. He is survived by his mother, father, brother, sister, aunts, nephews and cousins. His celebration of life was held on May 1, with thousands watching online, but the feeling inside the church could not be expressed through a live stream.

Bodies huddled close together, leaning on each other for support. While some of the 200 plus attendees wept, others smiled in reflective joy, happy to have known such a soul while he was alive.

“Gregory left his best here on earth with us. From a young child, he lived for adventure. He journeyed through this life with boldness, making friends and lending a helping hand along the way,” Roberts’ family wrote in the celebration of life program. “He had a heart for the homeless, whom he would stop and engage, he would buy meals and hotel stays for the less fortunate every chance he got. He never knew a stranger. All were his brothers and sisters.”

Roniece Levias, Digital Underground member and close friend of Jacobs, took the stage to sing, “It Is Well With My Soul.” Her stirring performance brought the crowd to its feet, and the performance drained her so much that she needed help walking off the stage. She and many in the crowd broke into tears. Her cries from the room behind the stage could be heard as a slideshow began to play on the projection screen. Digital Underground’s song, “Wussup Wit the Luv” played as photos of Jacob’s entire life emerged: from a playful youth, to a teen holding a frying pan, to the international superstar that so many adored.

His close friends and family pushed through tears and bouts of weeping to talk about their cherished memories with Jacobs. MC Serch, one of Jacobs’ best friends and a member of 3rd Bass, said that Jacobs existed on “a higher frequency.” He expressed that Jacobs truly believed in the healing power of music, and asked that everyone in attendance study music and healing in his honor.

Money B of Digital Underground could barely start his speech as the tears came pouring out. Friends rushed to his side to console him as he talked about the ways that Jacobs changed his life. “He taught me that art and music are timeless,” he said, before uncontrollably weeping again.

Common themes arose as those close to Jacobs spoke about their times together. He loved finding pianos in the lobby of the hotel rooms and he’d play for hours, until someone made him stop. Serch recalled staying up all night, vibing on the piano with Jacobs and Tupac Shakur, who Jacobs helped produce and catapult to fame. They brought up the hilarity of dealing with Jacob’s multiple personalities, from The Piano Man, to MC Blowfish, to Humpty; there was never a dull moment being close to the eccentric visionary.

His brother reflected on his playfulness, and brought up a time that Jacobs let him dress up and pretend to be Humpty on the “Arsenio Hall Show.” Many people close to him said that he loved all animals, especially snakes, and he once stopped his friend from killing a trapped mouse, calling it cruel to do so.

The who’s who of the music world sent in video testimonials about Jacobs’ influence on them. George Clinton, Bootsy Collins, Busta Rhymes and Jermaine Dupri are just a few of the famous names that expressed their admiration. Collins credited Jacobs with, “keeping funk alive,” to which the crowd cheered in appreciation.

Reverend Dames took the pulpit again to honor Jacobs parents for raising a son who had such an impact on the world. He admonished the Tampa Bay Times for an article it wrote that focused on Jacob’s struggle with addiction, rather than center the person he was and what he contributed to society. It is estimated that it will be about four months before autopsy reports are released to confirm Jacob’s official cause of death.

“Can I tell y'all that today, I’m so glad that the Tampa Bay Times don’t have the key to heaven!” Dames shouted, as the crowd responded with raucous applause.

Dr. Alesia Ford-Burse from Saint James AME Church in Jacksonville offered words of comfort to the crowd, saying that Jacobs was “a man that replicated Jesus” and called him the, “new Jesus.”

To close the event, a video of Jacobs giving his “sprinkles of God” quote played on the screen. Laughter, crying and dancing took over the crowd as one of his favorite songs, “Knee Deep” by Parliament Funkadelic erupted through the church speakers.

They followed his casket out of the room, arms around one another, full of memories and love.—Justin Garcia 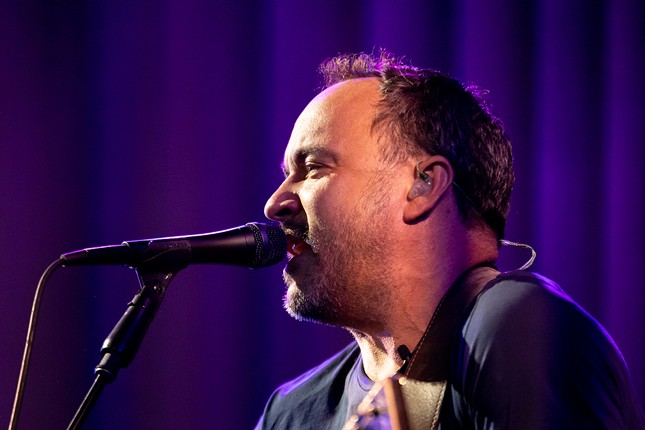 [image-15]You know that moment in a show when that one song that everybody knows comes on? Well, on Tuesday night, that one… 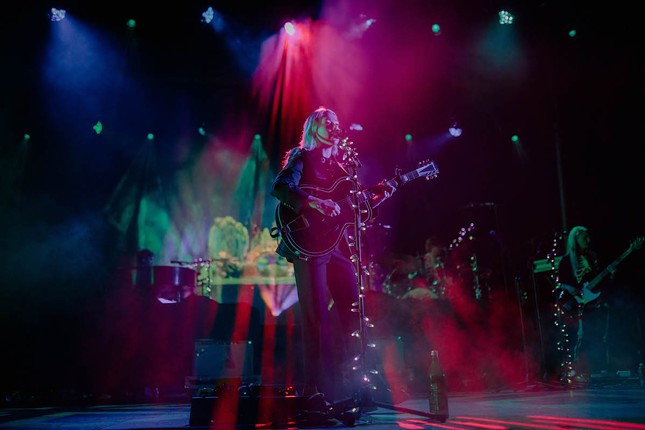 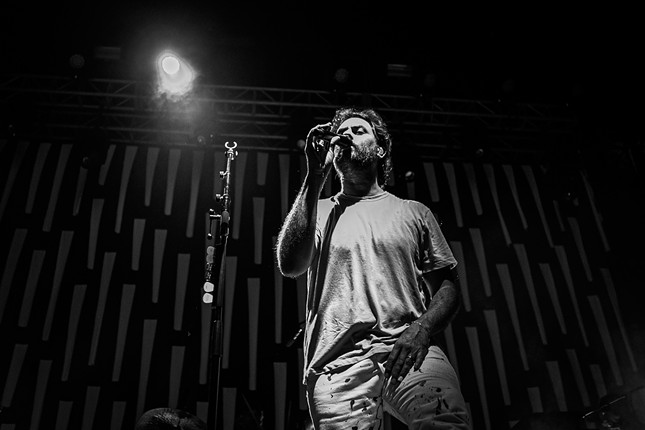 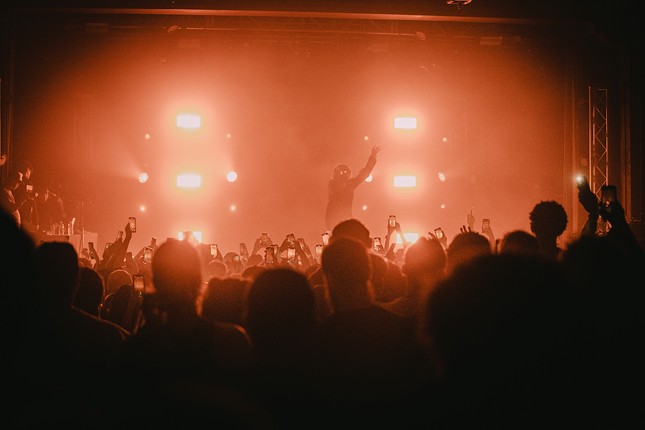