Just a few blocks away from Tampa’s bustling Super Bowl Experience, a group of about 20 people gathered in Lykes Gaslight Square Park on Saturday to protest two identical bills introduced by Republican lawmakers in the Florida House and Senate earlier this month.

Although there are minor discrepancies between the new bills and DeSantis’s proposal, activists argue the House and Senate bills would similarly serve to stifle and criminalize demonstrations of civil and political dissent.

“This legislation was ostensibly created to protect people that decide not to engage in protests, as well as small businesses,” said Liz, another protestor who spoke during the rally. “However, its actual effect is meant to stop dissent and deny the Black liberation movement any ability to make change.”

Among other things, the bills would make the destruction of public monuments punishable by up to 15 years in prison,  broaden the definition of what constitutes a “riot,” create new riot-related crimes, such as “mob intimidation,” deny bail for people who receive these charges until first appearance, and override local authority over police budgets by allowing the governor and cabinet to amend changes in city police budgets at the appeal of any city resident.

Saturday’s protest came days after the “anti-protest” House Bill (HB1) got its first hearing with the Florida House Criminal Justice & Public Safety Subcommittee, where at least 69 people signed up to speak about the bill, with all but three in opposition to it.

Several of these speakers traveled up from the Central Florida region, including a local resident associated with St. Pete Cop Watch, and organizers with Dream Defenders and Organize Florida.

Despite the resounding show of opposition, the majority-Republican committee voted 11-6 to advance the House bill, spurring reactions of dismay from state lawmakers, activists, and civil rights organizations on social media.

“It is shameful that some legislators are entertaining HB 1, instead of prioritizing COVID relief, healthcare, unemployment, and our housing and eviction crisis,” the American Civil Liberties Union (ACLU) of Florida, a legal nonprofit organization, wrote in a press release shared Wednesday evening.

“This will do nothing to make us safer. It will only fill up our jails and prisons, keeping people away from their jobs, families and the Legislature,” said Hart, who told the committee she’d already received over 4,000 calls and emails from individuals about the bill.

Learned, a U.S. Marine Corps veteran, said the bill was redundant, too broad, and would repress freedom of speech in its current form. Republicans like Florida House Speaker Chris Sprowls (R-Palm Harbor), however, defended the bill’s merit, arguing that it would increase penalties for “domestic terrorism” and “violent mobs” who seek to damage property and people.

A timely reference, considering both bills were filed on Jan. 6, the same day a frenzied right-wing mob stormed the U.S. Capitol in Washington D.C., leaving in their wake at least five deaths and numerous investigations for defendants charged in federal court in the District of Columbia.

Since the U.S. Capitol riot, Republican lawmakers in Florida, Mississippi, Indiana, and other states have filed legislation to criminalize protest under the guise of preventing future right-wing insurrections. The Intercept, a left-leaning publication, referred to Florida and Mississippi’s bills in particular as “a new brand of anti-protest laws on steroids”.

Local organizers of the Saturday rally said they plan to drive up to Tallahassee in early March to speak out against the Senate and House bills prior to lawmakers’ vote. 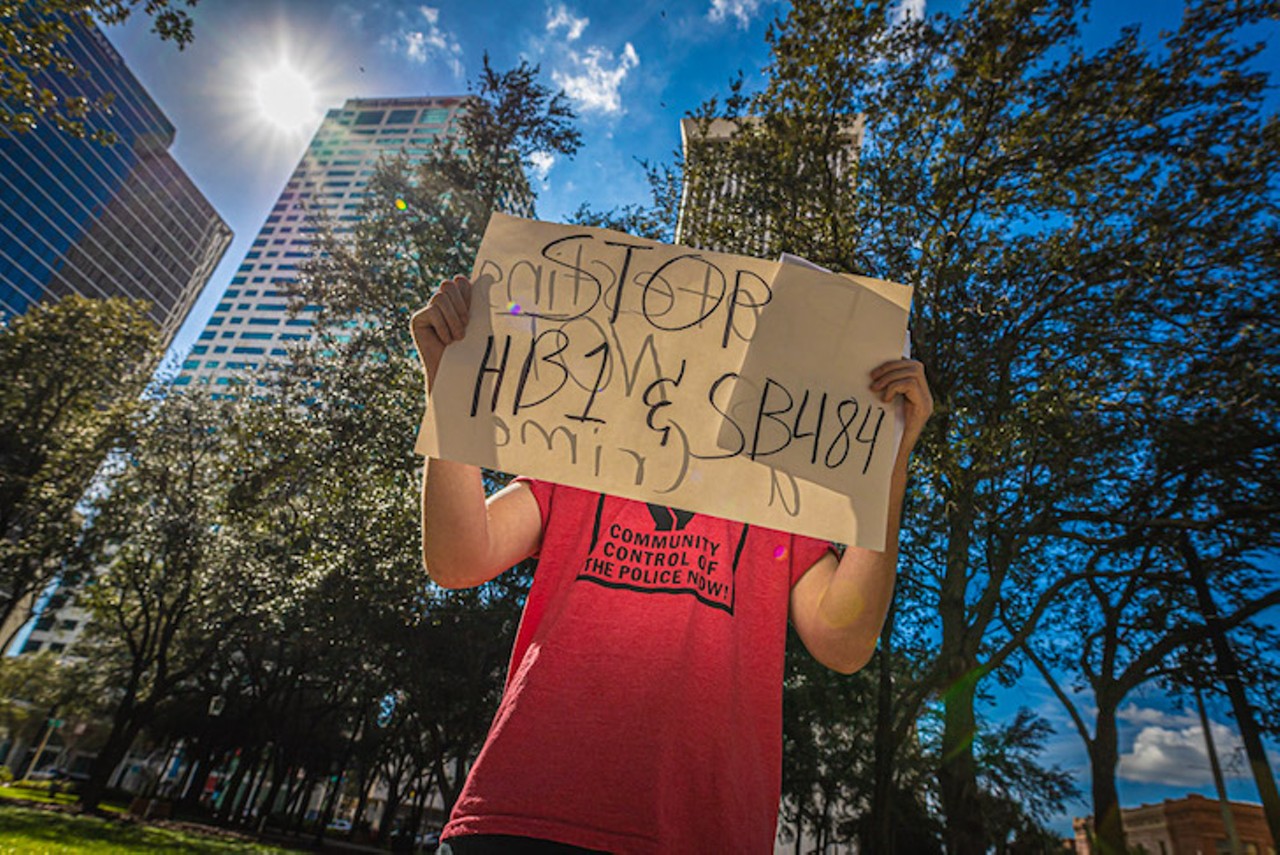