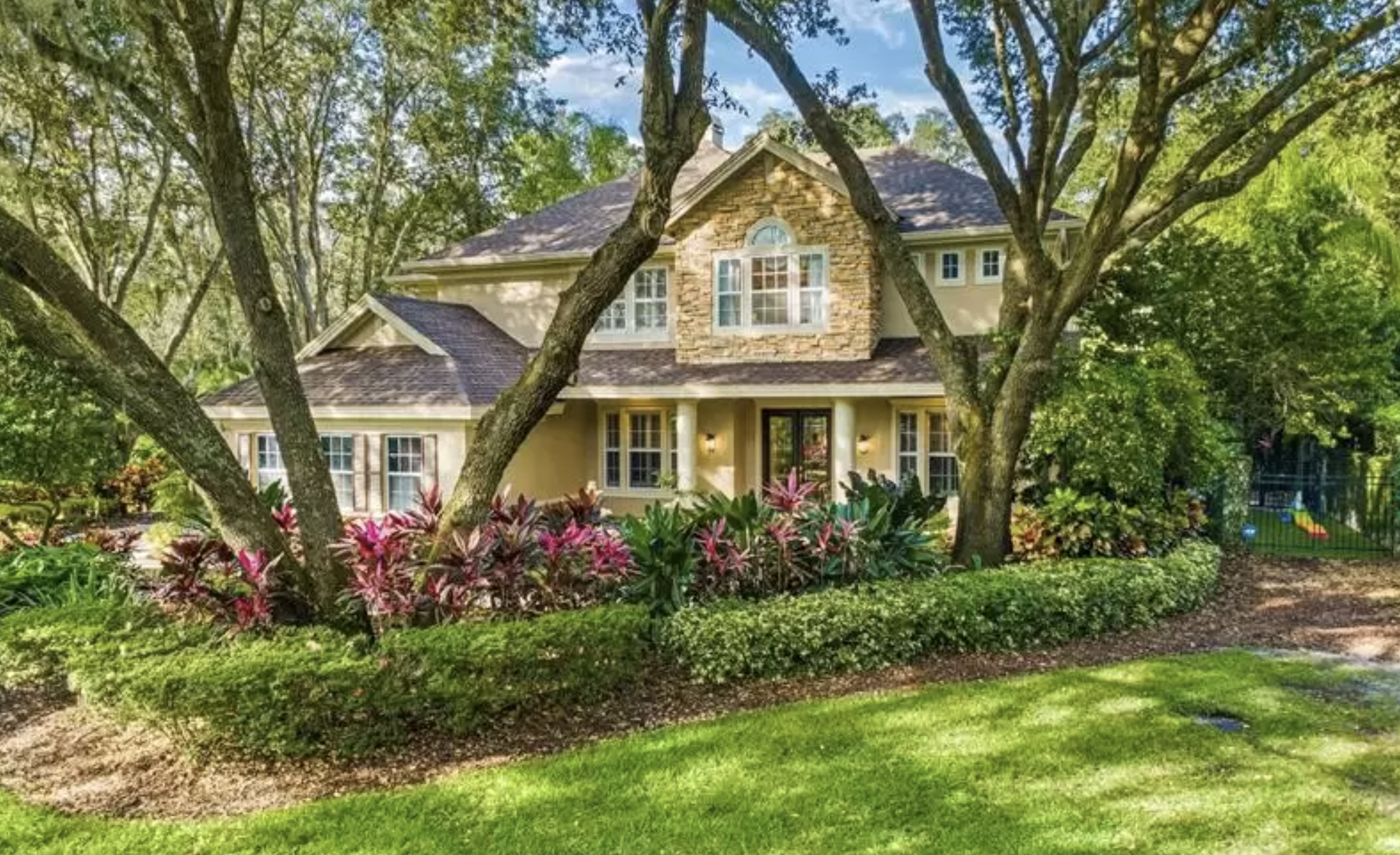 Photos via Zillow
While Elvis Presley's prized 24-karat gold-painted grand piano is prominently  displayed at the Seminole Hard Rock Hotel & Casino in Tampa, another relic from the King has also been hiding nearby, at the home of a former MLB pitcher.

Right now, the one-time home of Cleveland Indians pitcher and Bradenton-native Chris Perez in on the market, and it features an authentic stage flooring once used by the King himself.

The home has had a couple owners since, and currently features four bedrooms and six bathrooms, a wine cellar, a solarium, a sport court, a tiki hut, an outdoor kitchen, and a resort-style heated pool with waterfalls, a large grotto cave, and two enclosed tube slides.

But arguably the most interesting feature the game room, which features reclaimed flooring from Memphis' Ellis Auditorium, a venue where Elvis Presley played many times, but also walked across for his high school graduation on June 3, 1952.

Ellis Auditorium was razed in 1999, and pieces of it were auctioned off a few years later in 2002.

While it's unclear exactly which owner installed the Elvis flooring,  the home was owned by  Susan K Stanton in 1999,  who lived there until 2010, according to property records.

Listing agent Dianne Martin of Century 21 Affiliated told Creative Loafing Tampa Bay the Elvis flooring wasn't installed by the current owners, though they do appreciate it and, hopefully, so do the next owners.

SCROLL DOWN TO SEE MORE PHOTOS
Scroll down to view images 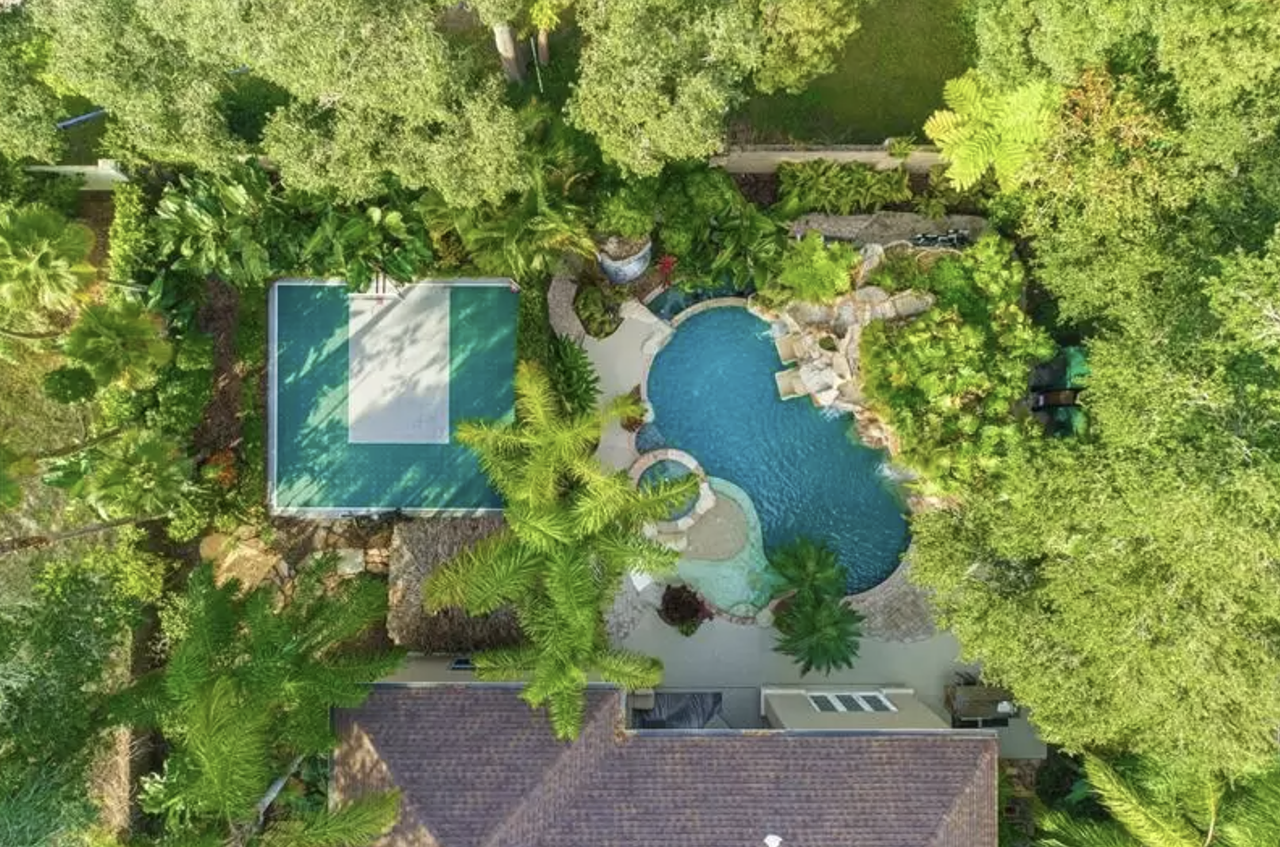 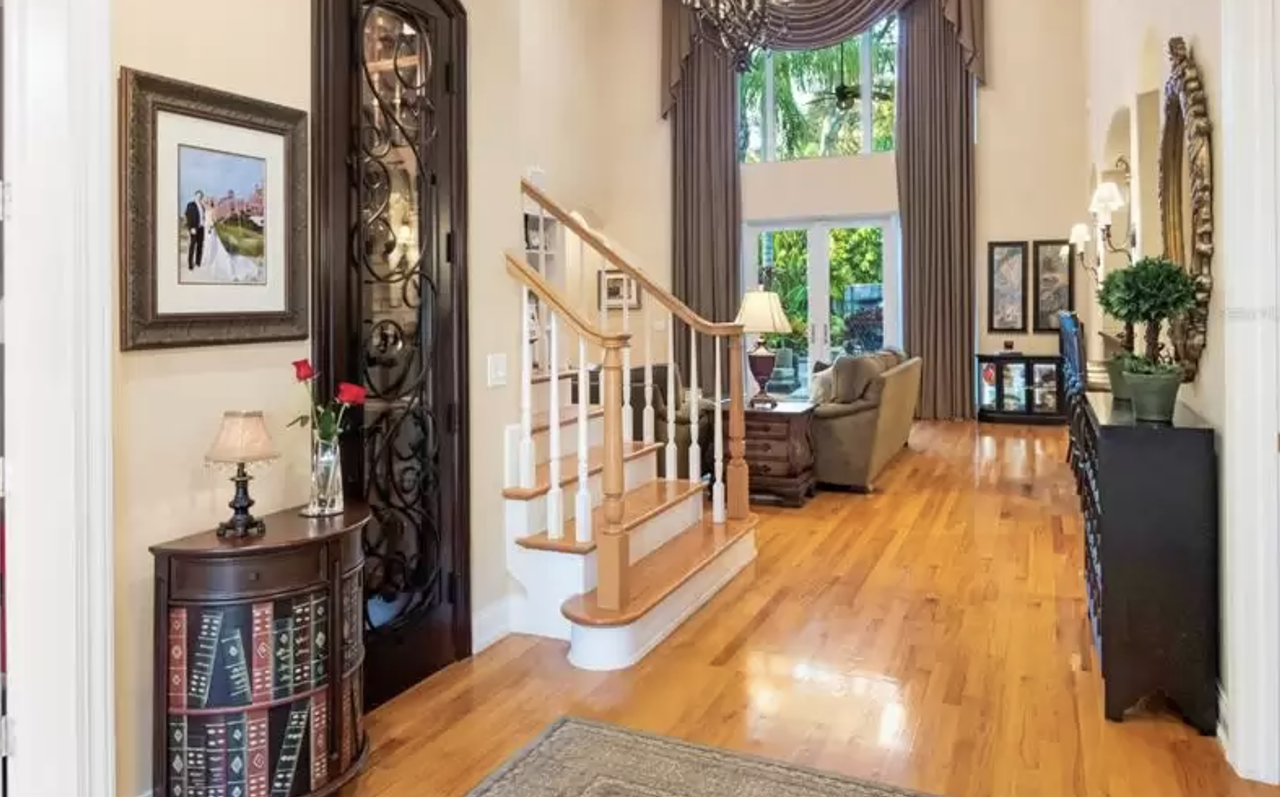 A Florida house with an absurdly large space dedicated to stereotypical guy stuff is now on the market. Located at  11409 Manatee… Following an award-winning renovation job, one of Florida's most iconic midcentury modern homes is back on the market. Located at 1332 Westway… 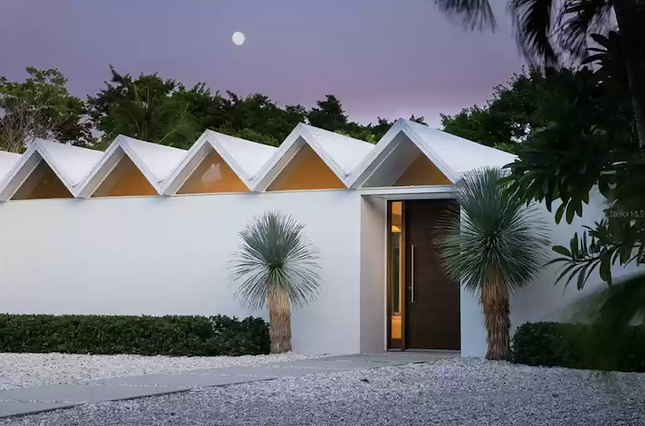 A sprawling home with arguably the most piratey pool in Tampa Bay is now on the market in Lutz. Located at 19165… 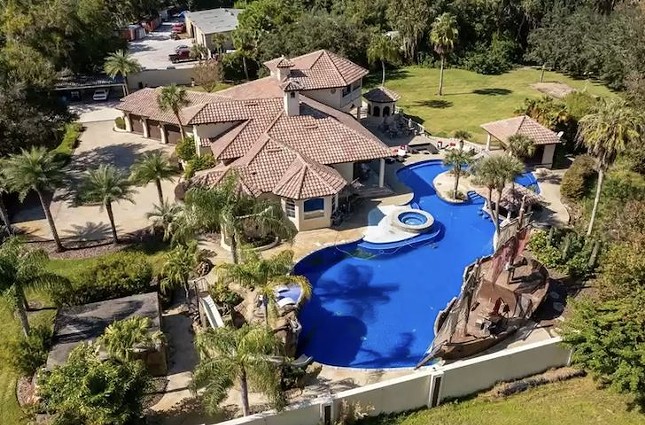