The 'Frazee House,' one of Tampa Bay's iconic bed and breakfasts, is now for sale

A 127-year-old Victorian-style home named after a local railroad stationmaster is now for sale in Brooksville.

Located at 302 S Brooksville Ave., the home was built in 1884, and according to records the first known owner was Mattie Raiford and her husband, M.W. In 1909, the couple sold the home to M.A. Carpenter, who a few years later sold it to Roland and Katie Frazee for $2,500.00. Frazee reportedly was the stationmaster for the Brooksville Railroad Depot, and used the home's massive tower to spot incoming trains. The home stayed in the family until the early-'90s, where it was then left vacant for almost a decade.

Thankfully, the current owners, Kayla and Dr. Gerald Johnston, have completely gutted and restored the home, and now operate it as a bed and breakfast called "The Mirador."

According to a recent profile in the Tampa Bay Times, the home now features four working fireplaces, restored stained-glass windows and period chandeliers, including a 15-bulb chandelier fixture hanging from the tower's second floor, and a pressed tin ceiling salvaged from the former Jennings Building in downtown Brooksville, among other things.

The 2,305-square-foot home comes with three-bedrooms, and four-bathrooms, as well a chef-style kitchen with commercial-grade appliances, tons of upgrades (like plumbing, HVAC, electrical), multiple porches, a composite deck and a big corner lot.

The Frazee House is currently asking $749,900, and the listing agents are Paul DeSantis and Travis Germain of Premier Sothebys International Realty. 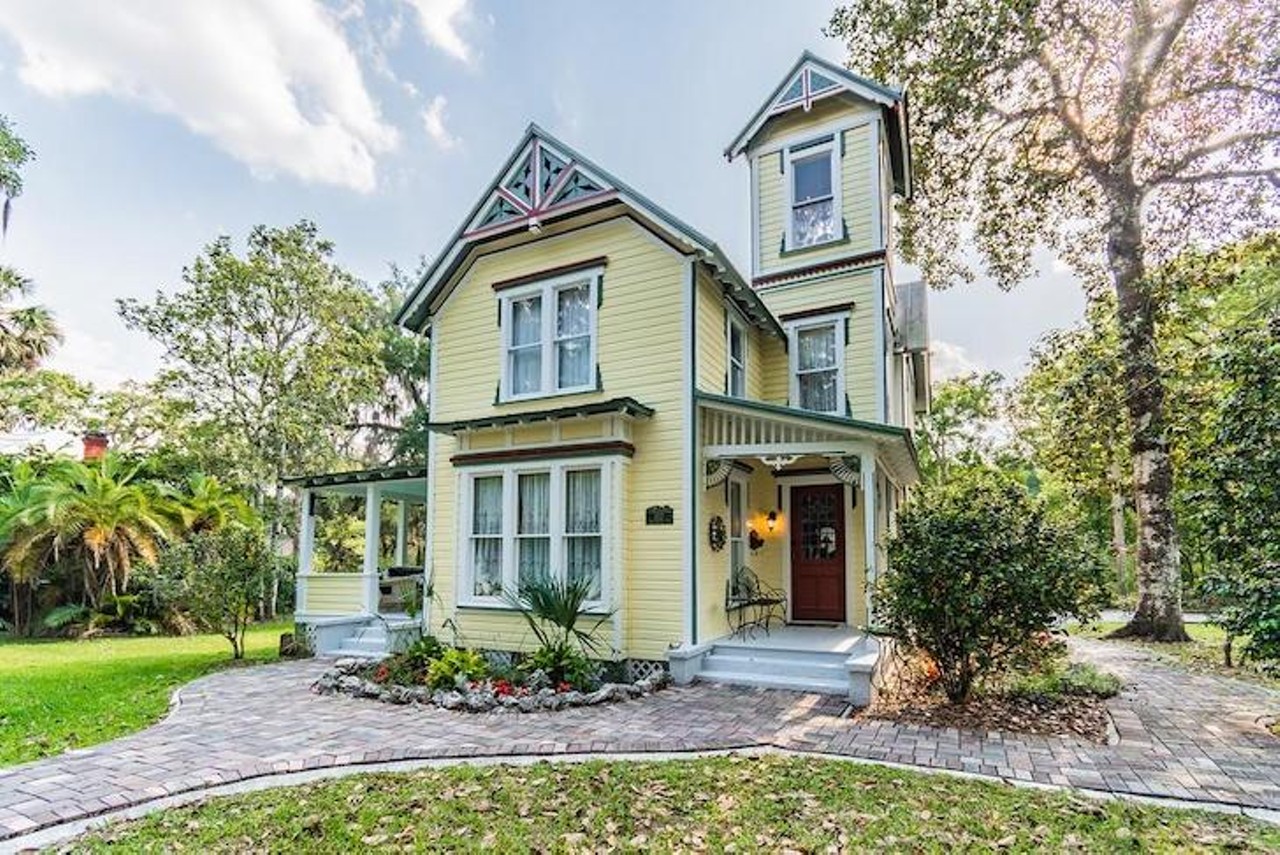