This Auburndale home, built by a trucking tycoon, is the most expensive listing ever in Polk County

The most expensive residential listing in the history of Auburndale and Polk County is now for sale.

Located at 501 Adams Barn Rd., the 9,215-square-feet custom home sits on 44 acres along Lake Van, with 2,300 feet of lake frontage. Built in 2002, the home is owned by the late John J. Jerue, founder of multiple trucking and shipping companies, including Jerue Logistic Solutions and Tampa Bay Logistics.

The estate comes with five bedrooms, and eight-and-a-half bathrooms, as well as a saltwater aquarium, a game room, a central vacuum system, a sauna, tennis courts, a palatial pool with waterfall edge, a covered boat dock, and more.

Jerue, who passed away in 2020 at the age of 95, began his trucking career at just 16-years-old, and "only left trucking for three years to serve as a pilot in World War II," says his obituary. Considered a pioneer in Florida's shipping industry, Jerue’s company paved the way for exporting citrus to Asia, and at one point in the late-'90s was shipping 6.5 million boxes of citrus annually.

According to his obituary, he also survived an office fire in 2005, and an alligator attack in 2012, "while attempting to save his dog, Merlot, who remains alive with 3 legs."

The home is currently asking $6.25 million, and listing is held by Louise Richer of Premier Sotheby’s International Realty’s Winter Park office, and Raj Goyal, of the brokerage’s Southwest Orlando office.

Photos by VTR Image
Scroll down to view images 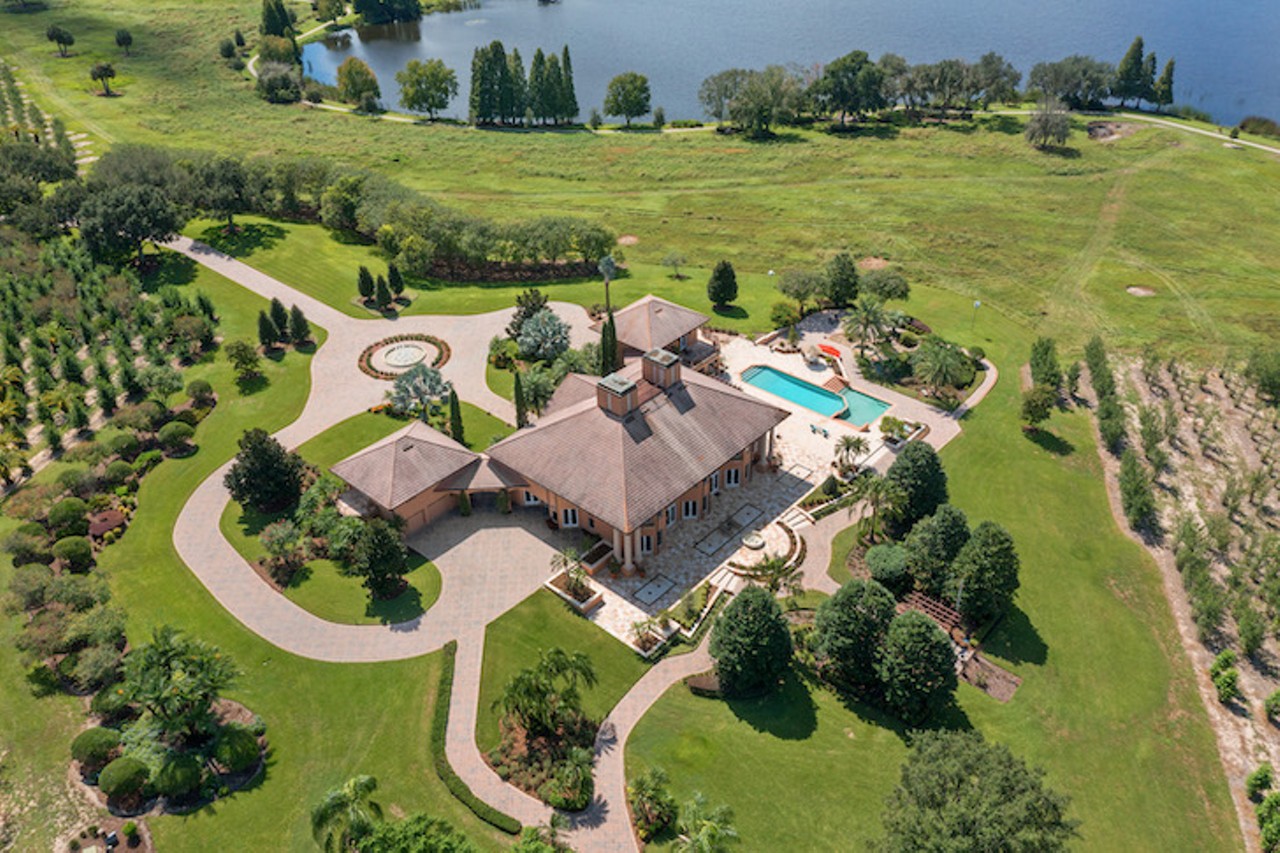