A multi-unit, fully-furnished vacation rental property on the banks of the Rainbow River in Marion County is now on the market.

Located at 10731 SW 185th Ter, in Dunnellon, the property consists of a 10,00o square-foot main house, a 1,600-square-foot owner's residence, and a vacant lot for future expansion. In total, the riverfront home "comfortably sleeps 40" says the listing, and it's hard to argue with that since there appears to be just an ocean of beds in this house. Currently the property is being used as a vacation rental, charging about $750 per night. According to the listing, the complex is highly rated and produces an estimated $200,000 a year.

As you can see, the interior of the home is a bit eccentric and could probably use a few upgrades (unless of course, you want all the taxidermy), but arguably the best thing about this property is the location. Spring homes are incredibly rare in Florida, and this one is just slightly down stream from Rainbow Springs State Park, which hosts a first magnitude freshwater spring that produces about 400-600 million gallons of crystalline 72-degree water every single day.

Since there's no point on living next to a turquoise spring and not having a boat, this house comes with a massive pile of tubes, kayaks, and even a 24-foot pontoon boat.

The entire old Florida shebang is asking $2,900,000, and the listing agent is Scott Coldwell of Coldwell Realty. 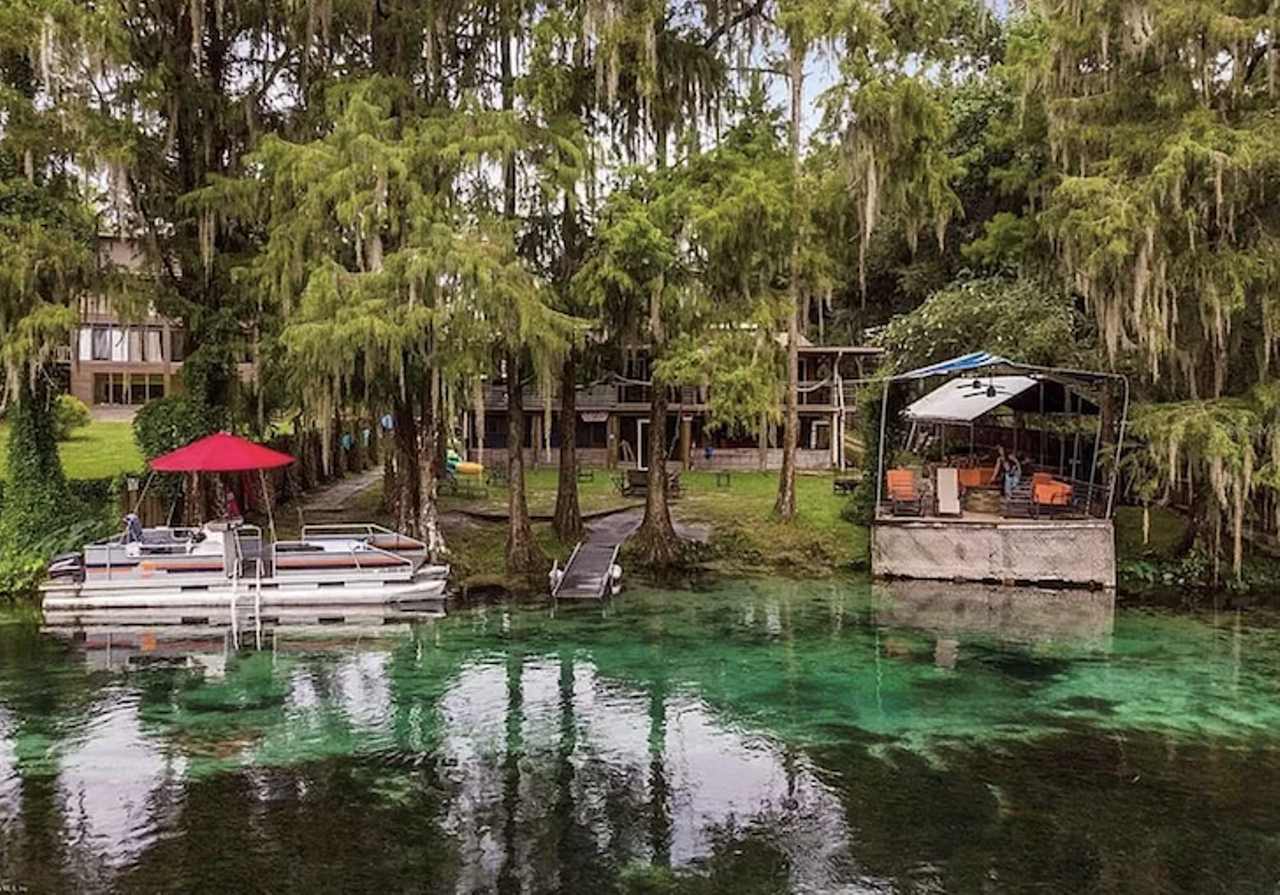