The home that served as the stand-in for Tony Montana's Florida mansion in Oliver Stone's classic 1983 film "Scarface" is now on the market.

Located at 631 Para Grande Ln, in Montecito, California, the historic home was built in 1906  by James Waldon Gillespie, and is known as “El Fureidis,” which translates to "Tropical Paradise."

According to the listing, the estate has hosted quite a few celebrities and important historical figures over the years,  like Winston Churchill, Albert Einstein, Charlie Chaplin, and John F. Kennedy, to name a few.

But the home is probably best known as the fictional Coral Gables home where Al Pacino says the famous line, "Say hello to my little friend."

Although most of "Scarface" was shot in Miami and Miami Beach, some scenes were filmed in California, like when Tony mows down 20 would-be assassins after snorting a mountain of cocaine.

The 11,547-square-foot home sits on a 10-acre lot, and comes with seven bedrooms and seven bathrooms, as well a Byzantine-style conversation room, a guesthouse, multlple fountains, a swimming pool, and sculptures created by Lee Lawrie, known for "Atlas," in front of New York City’s Rockefeller Center.

The estate is currently asking $39,995,000, and the listing agent is Robert Riskin, of Riskin Partners Estate Group.
Scroll down to view images 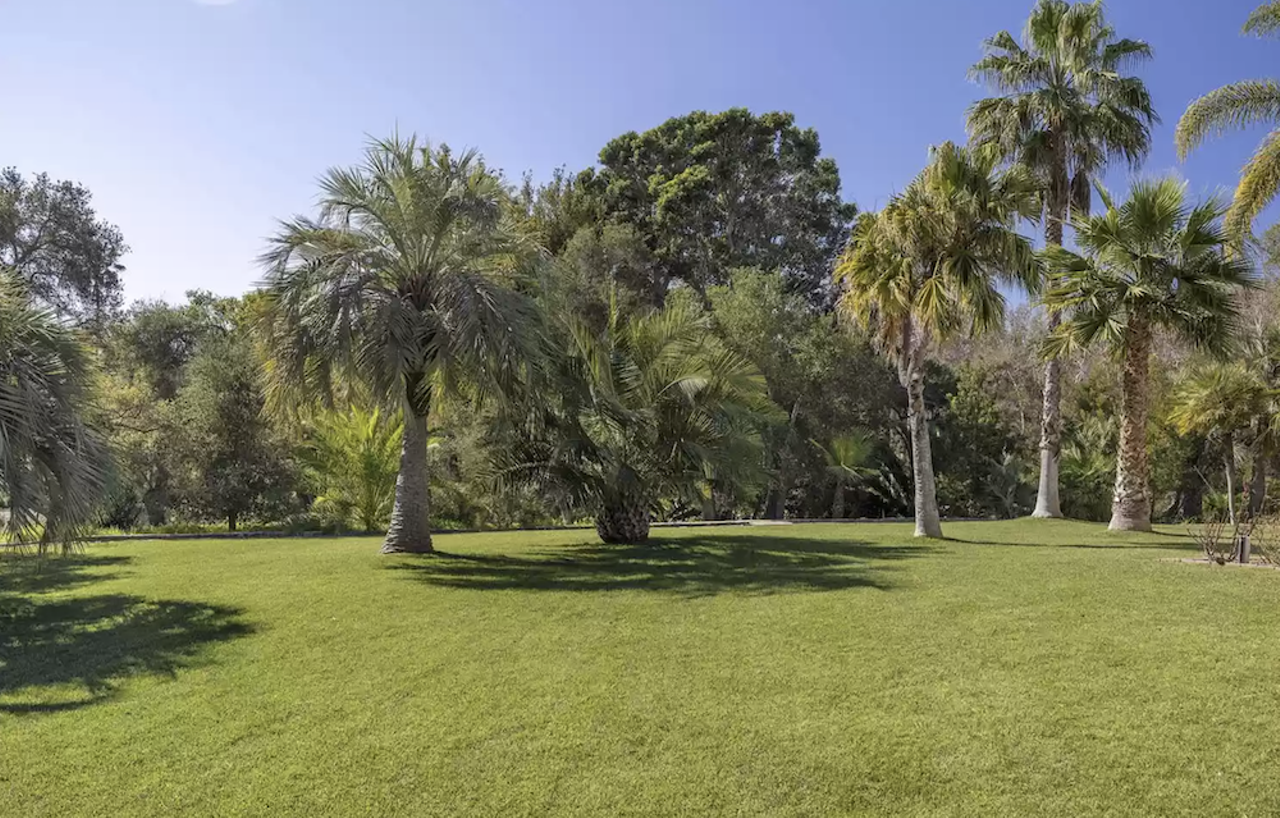 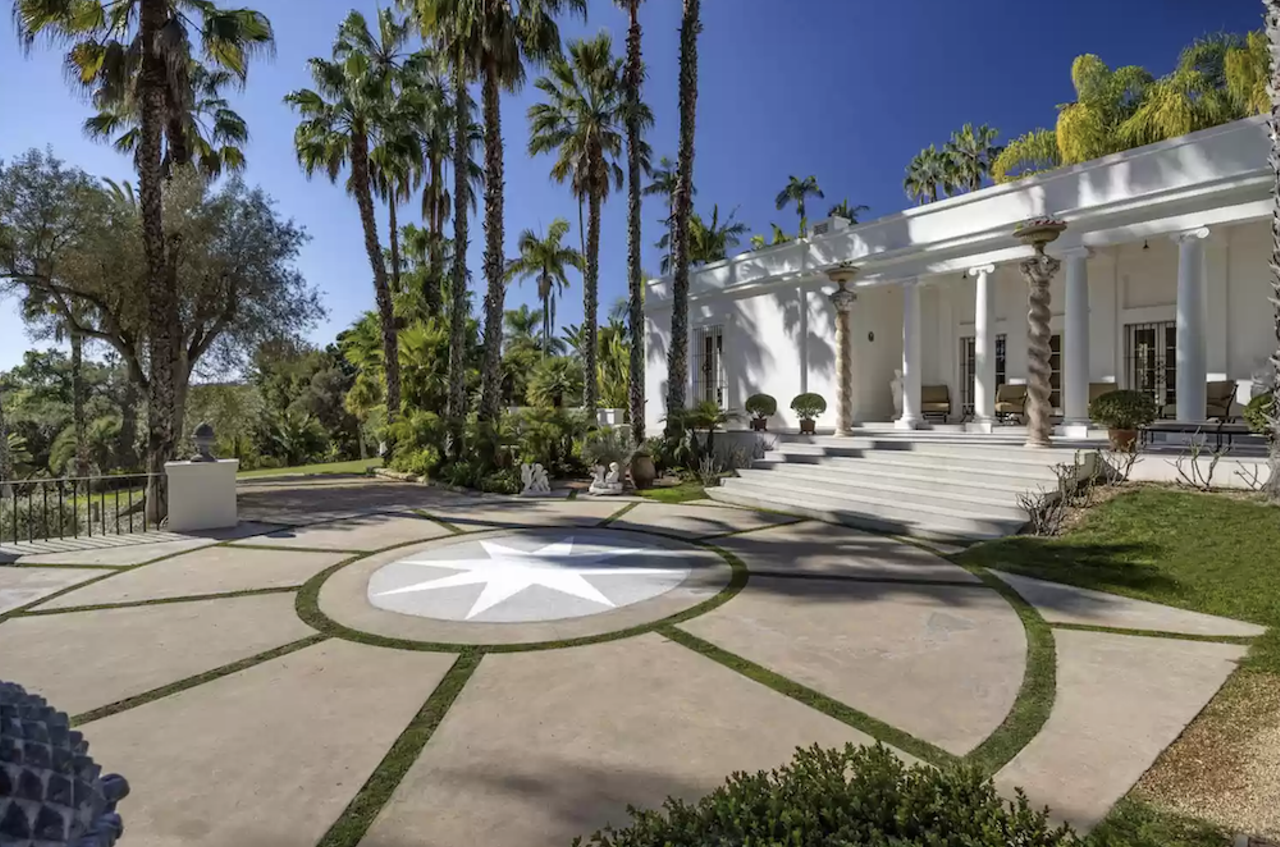 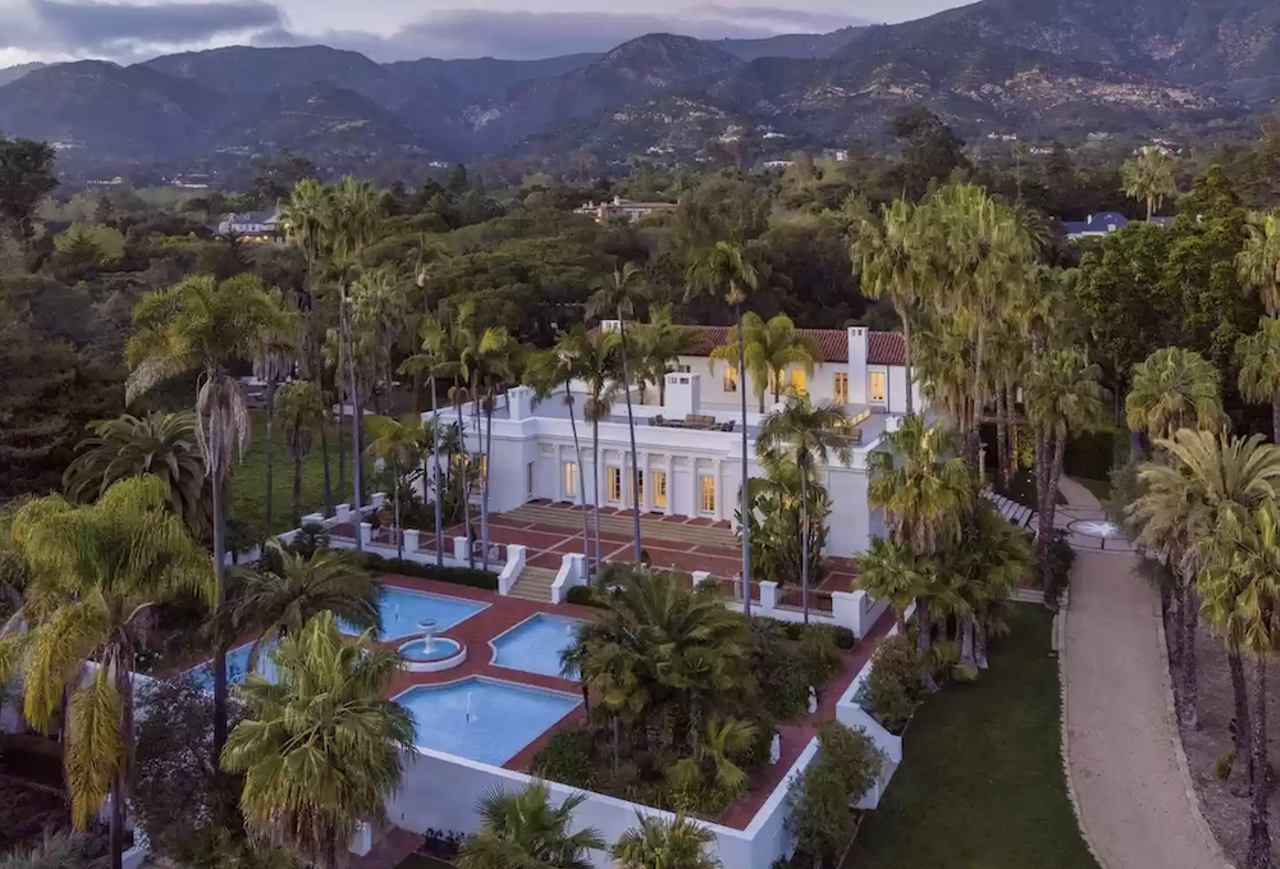 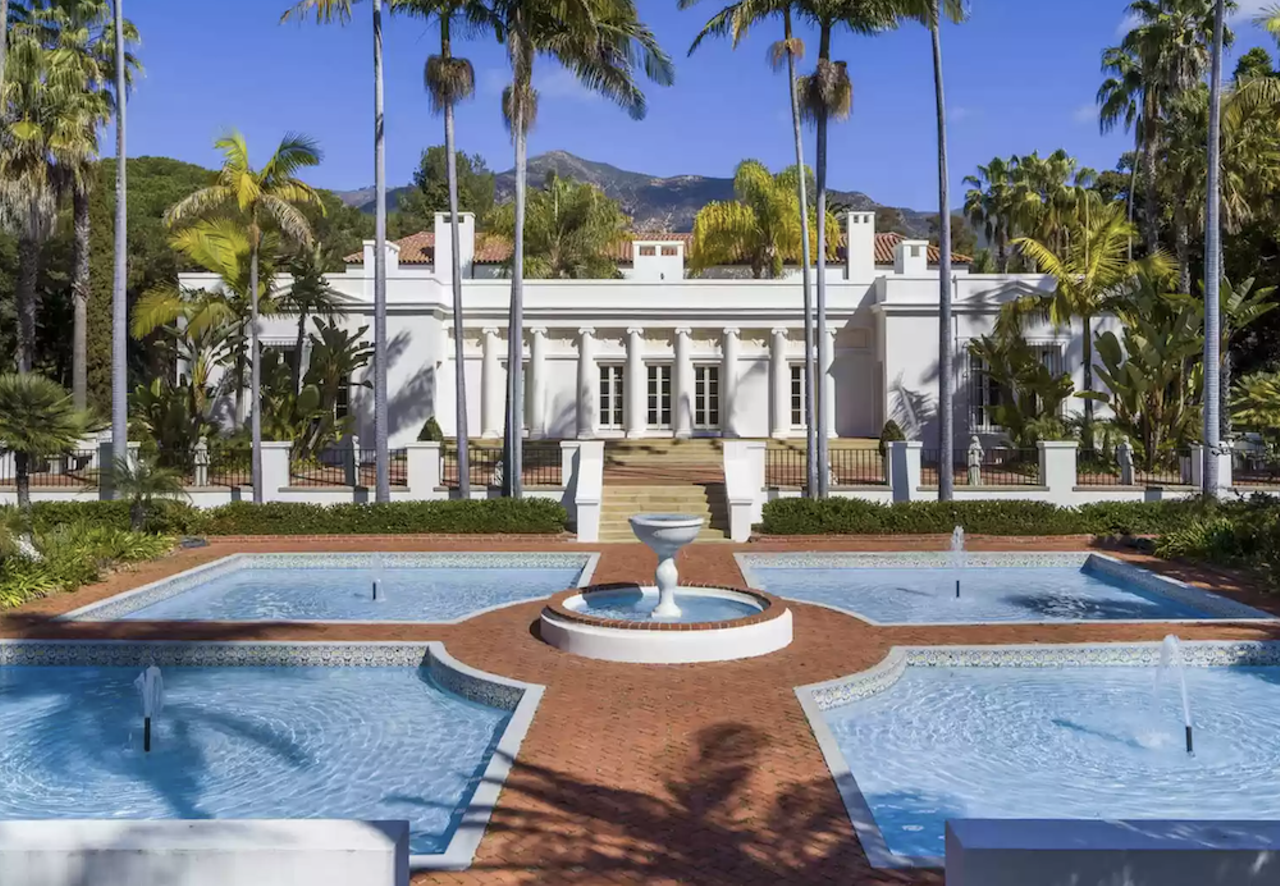 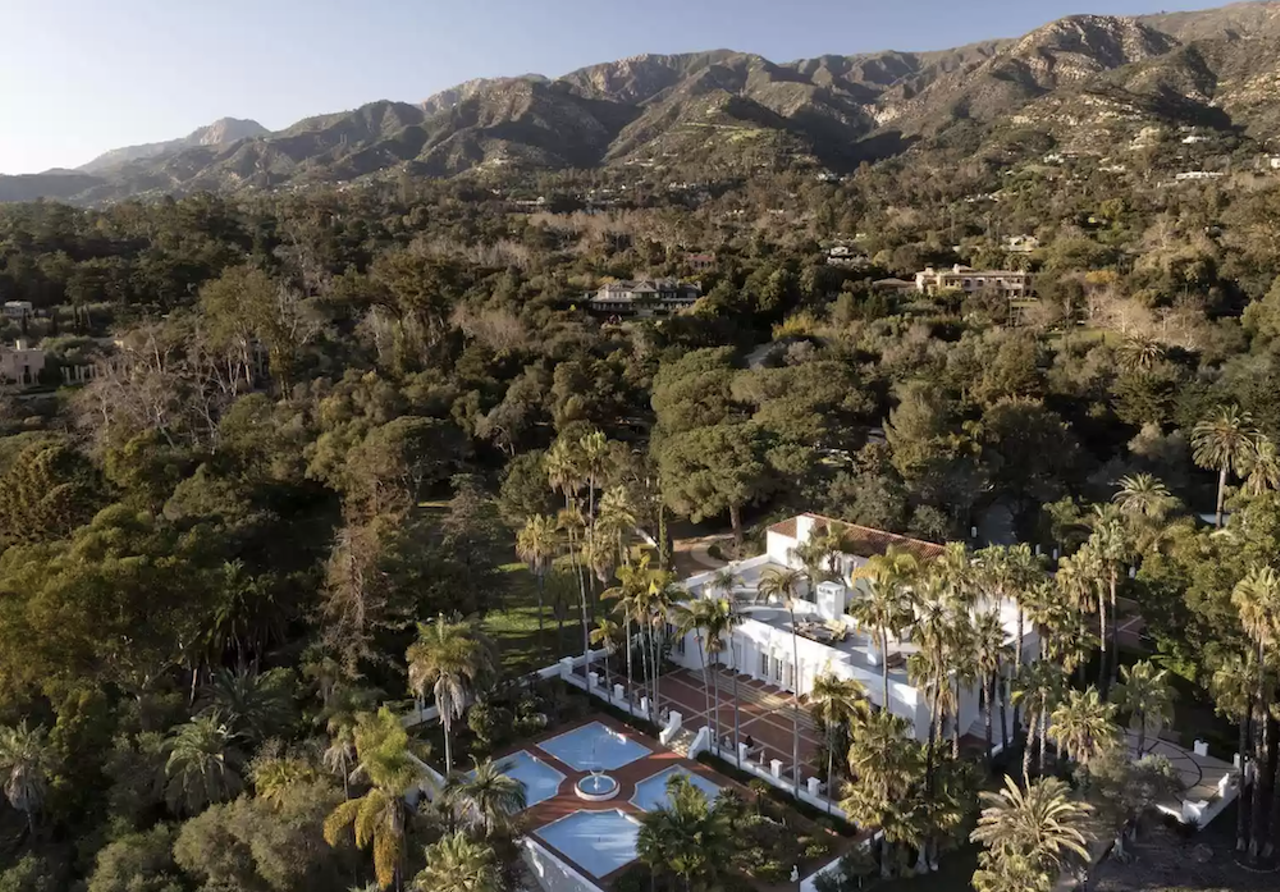 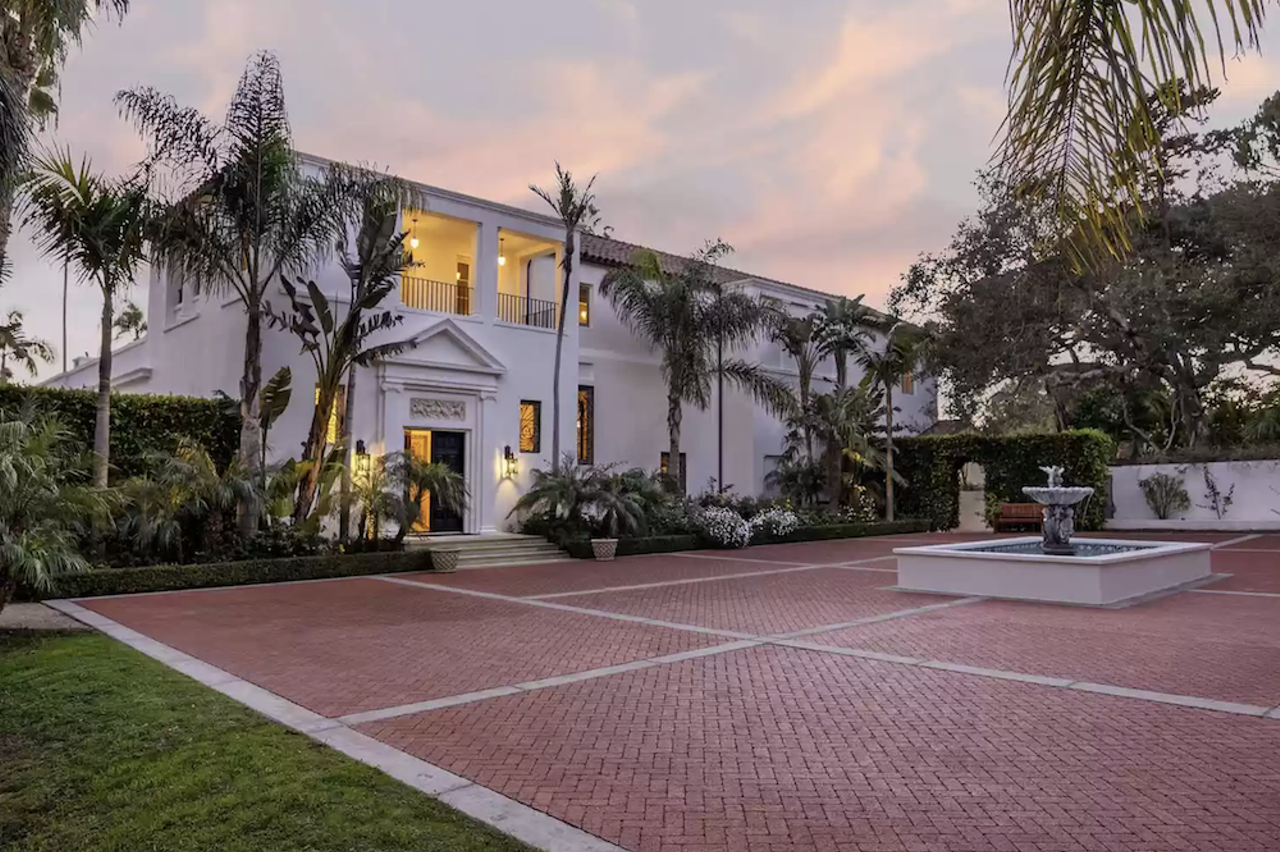