The primary residence of a prominent Florida architect is now for sale in Lakeland.

Located at 2725 S Oakland Ave., the midcentury home was built in 1967 and was designed by architect Warren H. Smith as his primary residence with his wife Margaret.

The 2,224-square-foot home has changed hands over the years, but has still maintained a lot of its original character, like the floating wood-burning fireplace and the screened-in atrium.

In all, the home comes with four bedrooms and 2.5-bathrooms, as well as a pool, a tennis court, real oak wood flooring, and more.

Smith's Lakeland-based firm, Smith- Spiessl was mostly active in the Central Florida area, where many of his midcentury residential projects still exist.  But he is probably best known for University of Florida's Library West, which he designed along with Arthur Lee Campbell and Forest M. Kelley, Jr.

Coincidently, Smith was also a bit of an early YIMBY believer.

In a May 17, 1970 guest column in the Tampa Tribune, Smith advocated for more high-density housing, and warned that without sufficient planning, we would one day have a major housing shortage our hands.

Smith predicted that the U.S. population would balloon by 50% by the year 2000, and stated that creating "humanized mass housing," would be "one of the greatest challenges we face."

"If we house these 100,000,000 more Americans decently, we may be able to preserve of present social order and provide a tolerable living environment for all Americans," wrote Smith. "If we do not decently house these 100,000,000 Americans, then the present decaying slums of our cities and countrysides and the riots and human derelicts these slums already spawn will be increased far beyond our present comprehension."

The Smith House is currently asking $649,000 and the listing agent is Paula Aponte of  Exp Realty.
Scroll down to view images 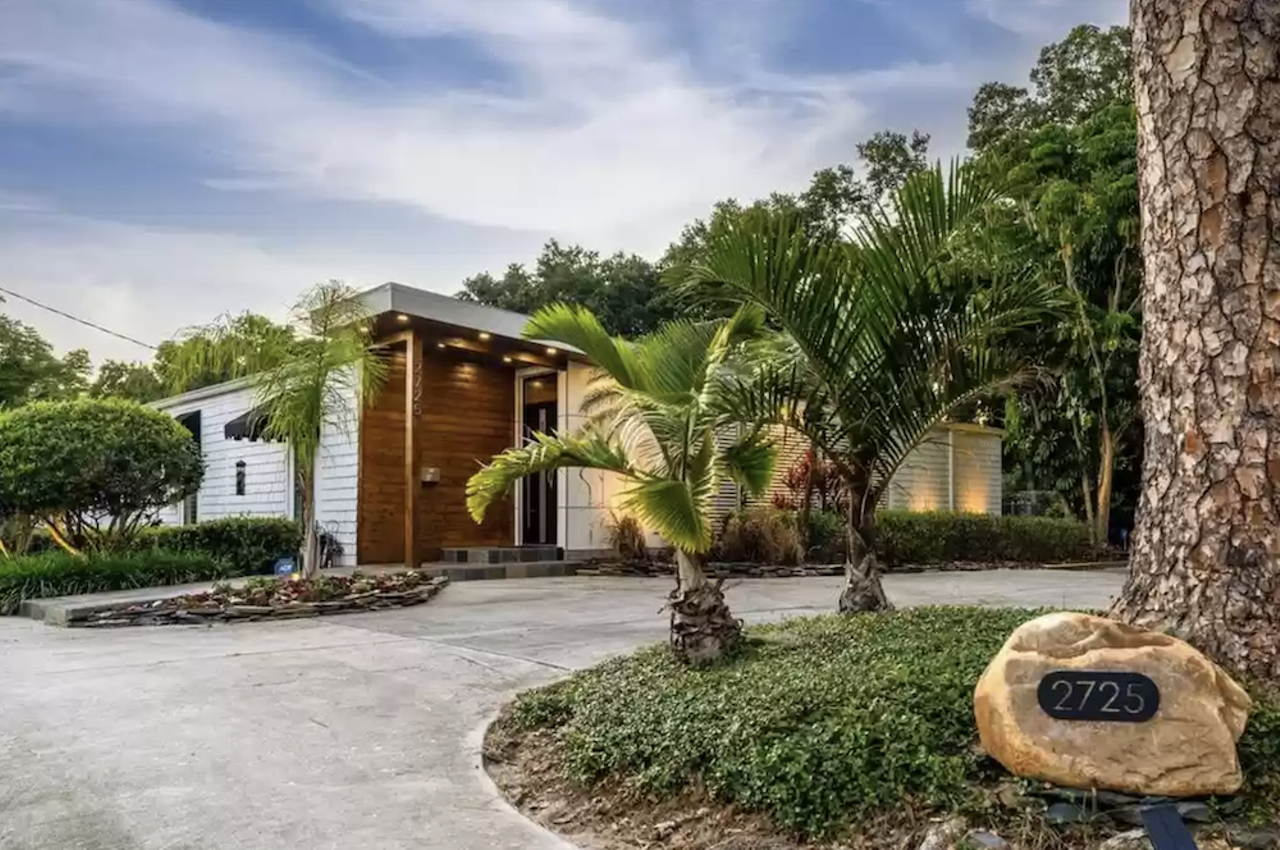