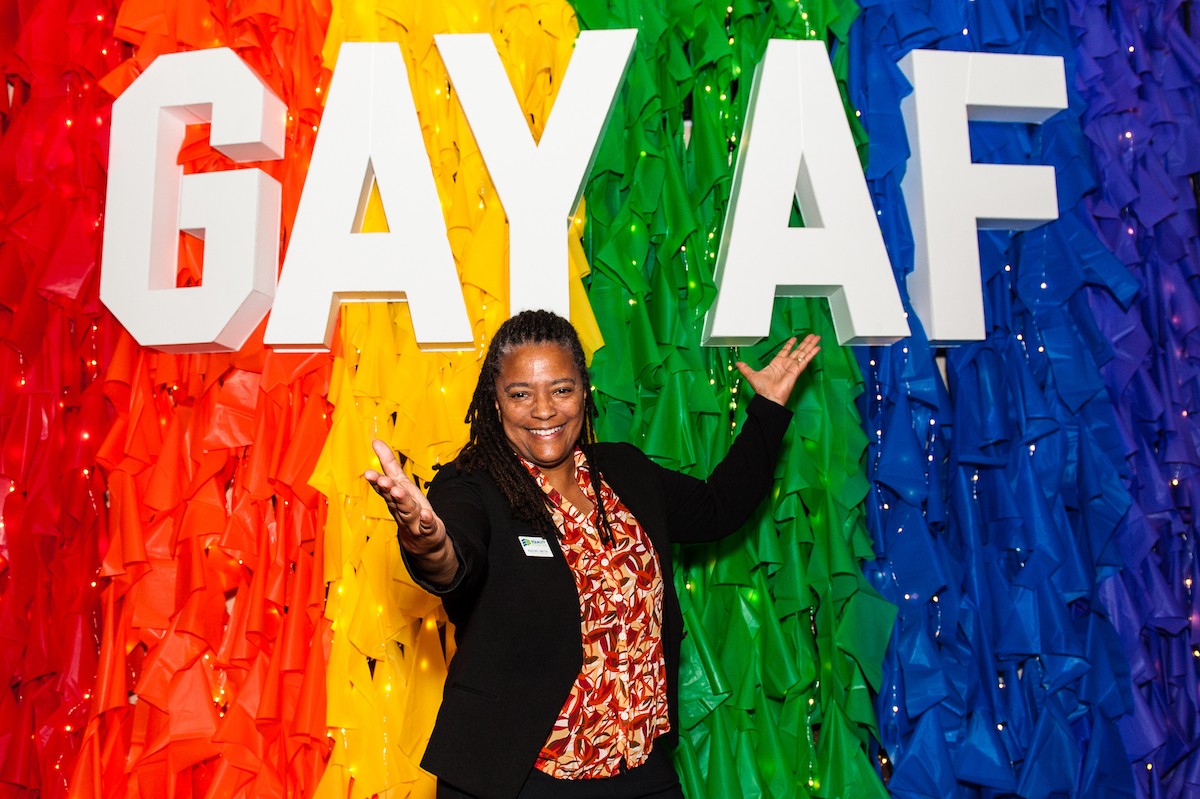 Photo by Nick Cardello
In her remarks to Equality Florida's annual gala last weekend, the nonprofit's director, Nadine Smith (pictured above), spoke openly about the fear she had being a gay youth. She shed light on how her son (a "Star Wars baby" who turned 11 years old on May 4) needed a teacher's help to explain to a classmate that he had two moms.

The breadth of Smith's 18-minute talk was vulnerable, but in its most forceful moments, the speech was empowering and called for those in the room to prepare for a fight in the wake of the Sunshine State's anti-gay legislation and the news that the U.S. Supreme Court seems ready to overturn Roe v. Wade (because let's not pretend that SCOTUS is going to stop there).

Speaking about the what's been dubbed "Don't Say Gay," Smith told attendees that "the people who sponsored this bill had one goal and that was to erase our existence in our schools to make schools intentionally hostile to LGBT kids, and to parents who are LGBT."

"They have this belief right now that America is slipping away from them," Smith added. "And they're right we are a multiracial, LGBT inclusive America that is being born right now. And it scares them. They are fearful of being a minority in a country that has not treated those cold minorities very well."
Smith said those who write and vote for anti-gay legislation are lashing out in an existential, irrational panic—with no regard for who they hurt. And that they want to force the LBGTQ+ community into the shadows, then take away its power though gerrymandering and voter suppression. She described this "dangerous moment" we're living through and offered a plan that starts with taking anti-LGBTQ sentiment seriously. She told attendees to get pissed off, too.

"We can lead with love but let there be some anger in that because they need to hurt us," Smith said.

She spoke to the room—full of folks who grew up gay but couldn't talk about it—and pointed out that they've grown up to become the "adults that would have made us feel safe back then."

"We have tools now that we didn't have when we were kids. And we better use every damn one of them," Smith said, reminding people to vote at the ballot and with their money. She reminded the room to fight like hell, and left them with this message of hope rooted in the next generation of activists ready to be on the front lines of the battle for equal rights.

"Do not cower. Do not be fearful. Get angry, get organized, stay involved, and wake up the people around you," Smith said, "because it's time to fight back."

See more photos from the gala at Mahaffey Theater below.
Scroll down to view images