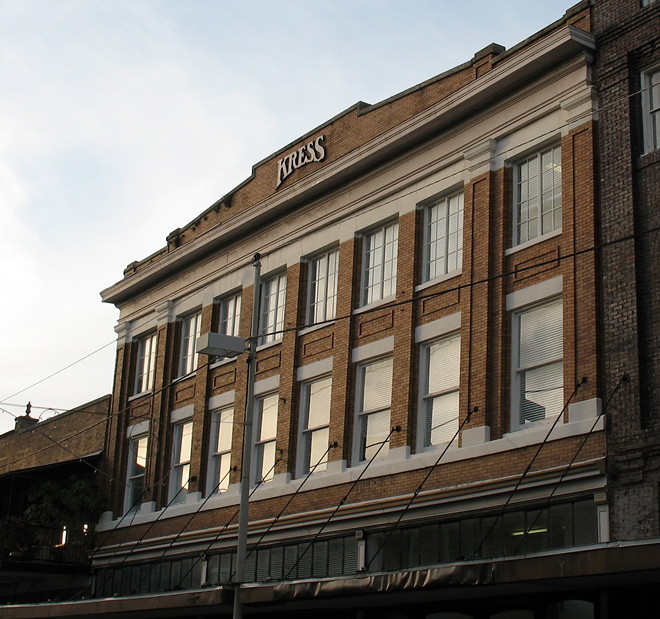 Photo via George Lansing Taylor Jr., University of North Florida Digital Commons
Located on the 1600 block in Ybor City’s arts district, the Kress Collective refers mainly to the second floor of Kress.
The Historic Ybor City Kress Collective is Tampa’s vibrant new arts hub and houses a multitude of creative entities. With 14 different groups spanning literary, cinematic, visual, dance, and performance arts, there’s something for everyone on the second floor of the Kress building.

Located on the 1600 block in Ybor City’s arts district, the Kress Collective refers mainly to the second floor of Kress, while the third floor will be utilized for artist residencies. Downtown Tampa’s Florida Museum of Photographic Arts (FMoPA) is also in the midst of moving into the first floor, and will be its own entity separate from the Collective.

Tracy Midulla, facilitator of the Kress Collective and founder of the art gallery Tempus Projects, was born and raised in Tampa. She’s the fourth generation of women in her family to work in Ybor City (her grandfather was also born just blocks from the collective).

On Thursday, Jan. 26, she hosts a grand re-opening for Tempus Projects, from 7 p.m.-9 p.m. where there’ll be four exhibitions, plus DJs and live music.
With such deep roots in Tampa and Ybor, it was important for Midulla’s collective to provide something meaningful for the Tampa community at large.

“Particularly on the second floor, I really wanted to focus on organizations, community groups, and individuals who are outward facing,” Midulla told Creative Loafing Tampa Bay. “In other words, those who are not just looking for a private studio to make their own work or a gallery to show their own work, but those who are providing a platform for others and who prioritize the work of underrepresented artists.”

She continued that she wants the space to feel welcoming for everyone—with representation not just from the visual arts but also dance, theater, literary arts, film and more. Each of the several groups within the annex offers something slightly different.

“The Writer’s Room,” the space designated to the literary arts groups of Kress, includes GrowHouse Tampa, Heard Em Say Youth Arts Collective, and Kitchen Table Literary Arts. While they share one space, each group operates separately and offers something unique in the field of literary arts.

GrowHouse Tampa, an organization founded by Curtis Davis and Dennis Ammadaus, is a poetry collective dedicated to growing community, creatives, and culture through spoken word and hip-hop. It will host a variety of monthly events, including weekly poetry workshops, and will curate the Ybor City Poetry Slam every fourth Saturday at 7 p.m.

Heard Em Say is a nonprofit that caters to youth poets and artists. It hosts a monthly youth open mic for ages 19 and under every last Friday at Kress from 7 p.m.-9 p.m.
Kitchen Table Literary Arts is a nonprofit focused on building awareness, appreciation, and support for Black women and women of color writers and poets.

Just a few feet away, is Screen Door Microcinema, which brings cinematic arts to the annex. Dedicated to building community through visionary moving-image work of all kinds, the curators show screenings of a variety of genres every Thursday-Sunday.

For dance, Tampa City Ballet will have an office in the building and host special events in the large, shared flex space on the second floor. Its mission is to serve the community by creating unique performances and providing quality arts education, with a simple goal to positively change lives through the power of dance. The group teaches ballet classes of all levels, curates a variety of dance programs, and hosts community engagement events.

Tempus Projects is a visual art studio which has been a part of the Tampa art scene since 2009, when Midulla founded it. The studio previously lived in several locations in Seminole Heights before its move to Ybor City. 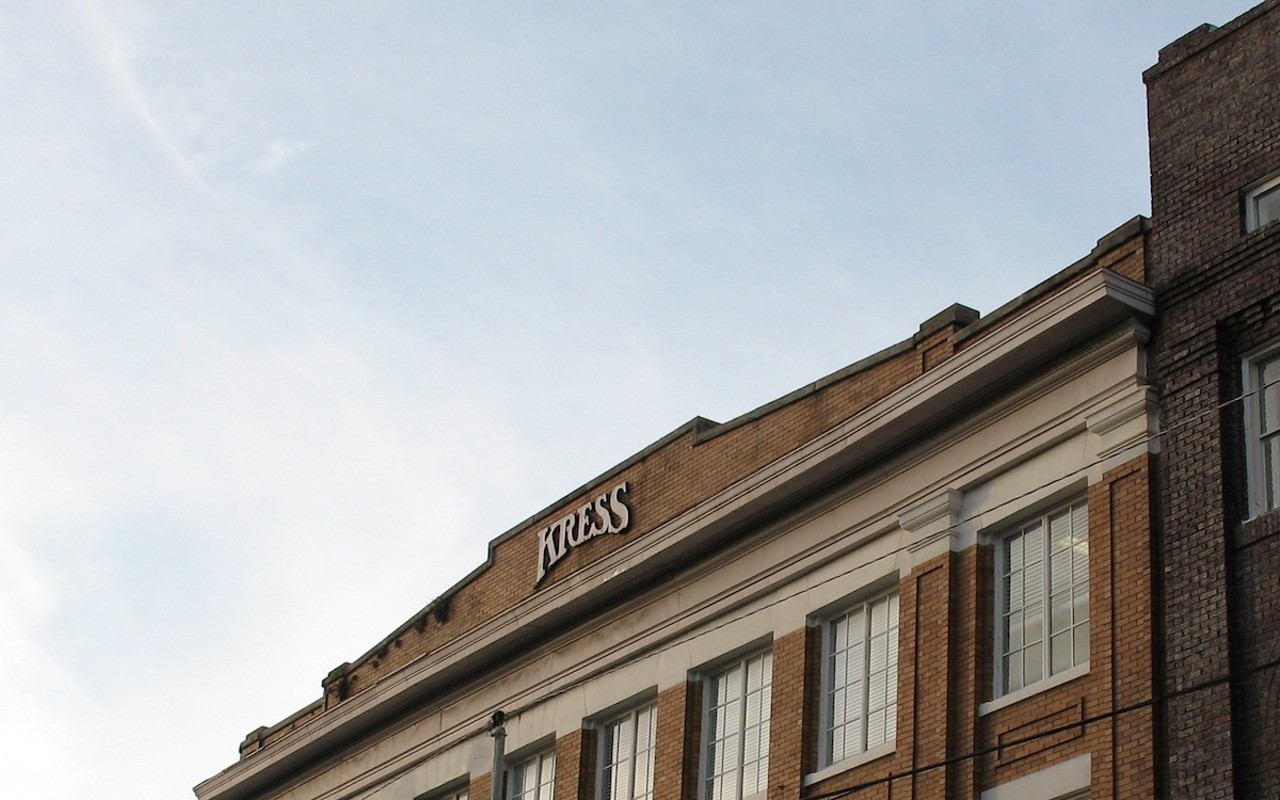 Tempus Projects is opening a new art gallery in Ybor City’s historic Kress building: ‘Tempus Volta’ will be joined by other galleries and a micro-cinema.

Tempus Volta and Drift, two new exhibition spaces, also have homes within Kress. The two galleries are extensions of Tempus Projects’ programming. While Tempus Volta serves as a project space for solo exhibitions that don’t require a large footprint and other special projects, Drift has a slightly more specialized directive.

Also among the visual arts spaces in the Kress Collective are Emiliano Settecasi’s The Department of Contemporary Art, an artist cooperative gallery called Quaid, and Jessica Todd’s Parachute Gallery.

In February, Fringe Festival plans on bringing theater arts to the Kress Collective.
Since many of the entities in Kress are run by one person or a limited staff, all of the spaces will rarely, if ever, be opened all at once.

While the collective’s curators will often sync their calendars to have openings and events on Thursday nights, Midulla thinks that everyone not being open at the same time makes a strong case for a return visit.

"Every time you come here it’s a different experience and you have access to a different collection of spaces,” she added.

With Tampa rapidly growing, Midulla wants people to feel like they have a central location to gather and experience the arts from a range of disciplines and perspectives.
“Having a gathering point helps to build networks, encourage collaboration, share and grow audiences, and gather the infrastructural and financial support needed to truly foster a sustainable arts community in a rapidly growing city like Tampa,” says Midulla.