A 'Shrek'-themed rave is coming to Tampa

What started as a rapper's themed birthday party is now a cross-country tour, stopping in Tampa in December. 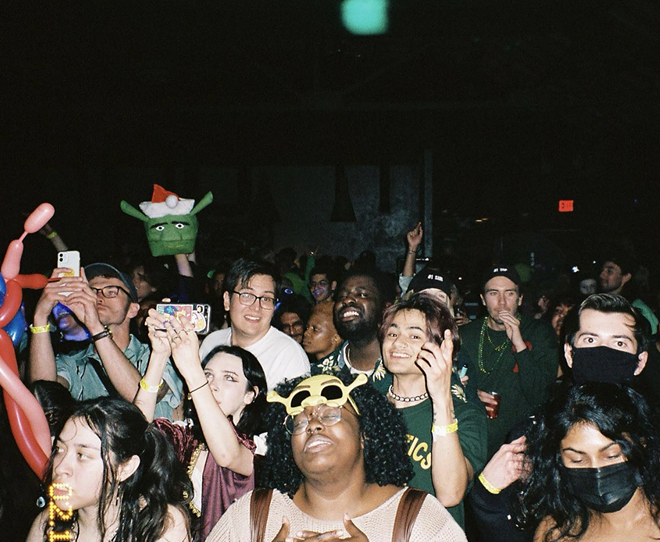 Photo via @shrekrave/Instagram
Because you'll never shine if you don't glow, an actual Shrek rave will bring its "Swamps Across America" tour to Tampa this winter.

On Dec. 2, the internet viral rave-turned-cross-country-tour is making a stop at the newly-relocated Orpheum at 14802 N. Nebraska Ave in North Tampa.


The 18 and up, "rain or shine," show will open its doors at 9 p.m. featuring ogre-themed DJ sets, green glow sticks and a gathering place for like-minded, 'Shrek'-loving individuals.


Though a current nationwide phenomenon, the Shrek-themed celebration began as a birthday party for North Carolina native rapper and known meme lord, Ka5ash, in Los Angeles.

When the rapper posted a flyer for the event on his Instagram (@ka5ash) in February, the caption read, "shrek rave is upon us i’ve been trying to do this for 2 years now and nothing is gonna stop us at this point."

However, the post detailed that the rave was no longer a birthday celebration, but a fundraiser for his sister and family.

After the original St. Patrick's Day rave in LA experienced viral success and appearances from celebrities and influencers like rapper Rico Nasty, Ka5ash planned another rave in New York. And then another in LA. And then San Francisco, Portland, Chicago and the rest is history.

Now, Shrek Rave is slated to host over 30 shows in cities across the nation, with more dates to be added.

While the $15 general admission tickets are already sold out, the $20 tier tickets are still available for purchase on eventbrite.com. Tickets are nonrefundable and nontransferable.

If you miss the rave in Tampa, fear not, tickets for the Orlando rave go on sale next month.

And to the haters asking why, the rave's spiel replies, "It's dumb just come have fun!"

"Who cares," each flyer for the rave says. "Cool is dead!"