Plus the TRON coaster gets an opening date. Photo by Chelsea Zukowski
Busch Gardens Tampa Bay's Mardi Gras kicks off Jan. 14 and runs through March 5.
Though the winter months are typically part of the slow season at Florida’s theme parks, there’s no shortage of festivals, ride openings and announcements to get fans hyped for the rest of the year.

In the Tampa Bay area, Busch Gardens Tampa Bay has several events kicking off in January.

First is Mardi Gras, a Big Easy-themed food, drink and music fest which kicks off Jan. 14 and runs Fridays and weekends through March 5. Throughout the park, and especially in the festival area near the Coca-Cola Stage and the new Springs Taproom, are New Orleans-inspired entertainment and outdoor kitchens.

There are chances to catch beads and dance with strolling performers after you dig into classic and reimagined Cajun cuisine like beignets, po’boys, and jambalaya.

Then on Jan. 17, Busch Gardens’ Real Music Series kicks off with performances Tuesdays-Sundays through Feb. 26 in the Stanleyville Theater. January artists include The Kings of Queen (Jan. 17-22), Face 2 Face (Jan. 24-29) and Foreigners Journey (Jan. 31-Feb. 5).

Busch Gardens is also offering a BOGO deal on its Fun Cards. Through Jan. 15, buy one Fun Card for Busch Gardens ($132.99) and receive an Adventure Island Fun Card for free. Fun Cards include year-round admission but do not include parking or annual pass discounts. 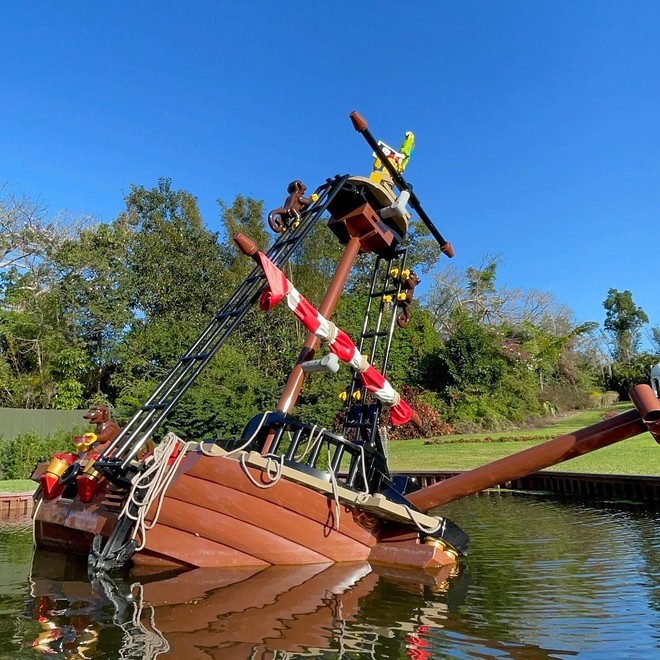 The river ride through the waters of Cypress Gardens features Lego pirates and mischievous monkeys as riders explore the history of the area through a fun treasure hunt aboard a Lego pirate ship.

Over in Orlando, the major theme parks have some exciting annual events returning to kick off the new year.

The afternoon and evening concerts are included with park admission, but there are special group rates and ticket packages for Rock the Universe.

Then there’s Disney World, which has some sort of celebration, special event or festival happening every month at its four theme parks. This month, it’s the Epcot International Festival of the Arts, which runs Jan. 13-Feb. 20.

The arts fest features a Disney on Broadway concert series, artist demonstrations and performances, DIY arts and crafts areas, and dozens of new and returning dishes and drinks that promise style and artistry as well as taste.

Throughout the park, and especially in World Showcase countries, are nearly two dozen outdoor kitchens and booths serving up deconstructed dishes, reimagined classics, and colorful concoctions with artistic flare. Check out Disney’s foodie guide to the Epcot International Festival of the Arts to plan your visit.

The arts festival is included with Epcot admission, but food and drink purchases are separate.

With the recent return of Bob Iger as CEO at Disney, fans have been clamoring for updates on park projects as well as any news of much-needed changes at the parks. This week, they finally got some answers.
Perhaps the biggest news was the opening announcement for the TRON Lightcycle/Run coaster at Magic Kingdom. Get ready to enter the Grid on April 4.

The steel motorbike roller coaster has been a fan-favorite at Shanghai Disneyland since it opened in 2016. The following year, Disney World announced it would get its own version of the ride for the resort’s 50th anniversary in 2021.

But, you know, the pandemic happened, pushing construction back. When the ride finally opens in April, its story will take place after the events of “TRON: Legacy,” and the Magic Kingdom attraction will represent the second portal into the digital realm of the Grid.

The ride pits guests (Team Blue) against the Grid’s Programs (Team Orange) in a race through eight Energy Gates on one of Disney’s fastest roller coasters.

Freelance contributor Chelsea Zukowski is a Tampa Bay native who started her journalism career in 2014 at the Tampa Bay Times, working her way up from editorial assistant to entertainment reporter and copy editor. After four years in print, she moved on to broadcast as a digital producer with 10 Tampa Bay-WTSP,...
Scroll to read more Travel & Leisure articles