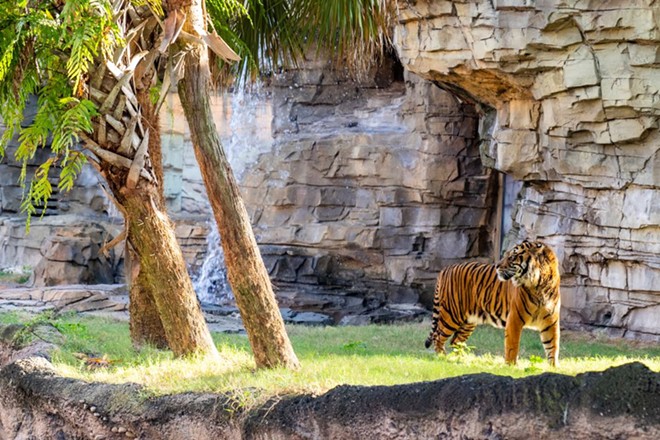 Photo via Busch Gardens
Bandar was transferred to Tampa from the Point Defiance Zoo and Aquarium in Tacoma, Washington.
A critically-endangered Sumatran tiger is now calling Busch Gardens Tampa home.

Bandar, a nine-year-old male Sumatran tiger, joined the park’s diverse collection of more than 200 animal species on Tuesday, said the theme park in a press release.

Bandar was transferred from the Point Defiance Zoo and Aquarium in Tacoma, Washington, and is Busch Gardens’ first Sumatran tiger.
click to enlarge

Bandar joins the existing streak of tigers in the Jungala area of the park, which already includes a Malayan tiger named Rukaya and Zahra, a Bengal tiger.

“Watching Bandar settle into his new home is exciting and inspiring,” said Jenny Mendoza, Vice President- Zoological for Busch Gardens Tampa Bay according to a press release. “We are very thrilled to provide him with a home for him to thrive, share his story with our guests, and have our zoological facilities serve as a building block for the prosperous future of all tigers.”

According to Busch Gardens, the Sumatran tiger is a critically endangered species that is on the brink of extinction, with less than 400 known Sumatran tigers in the wild.
Bandar is part of Busch Gardens participation in the Association of Zoos and Aquariums’ (AZA) Species Survival Plan (SSP).

In 2019, a Bengal tiger by the name of Bala passed away at Busch Gardens after an "atypical interaction" with her brother Bhutan. The 13-year-old tiger was euthanized by veterinarians after receiving a fatal injury.

Guests who are interested in experiencing a unique and up-close look at Bengal, Malayan and Sumatran tigers can purchase a Tiger Insider Tour to gain an insider's perspective of the care of this endangered species and learn how the park helps to protect these powerful species in the wild.
click to enlarge 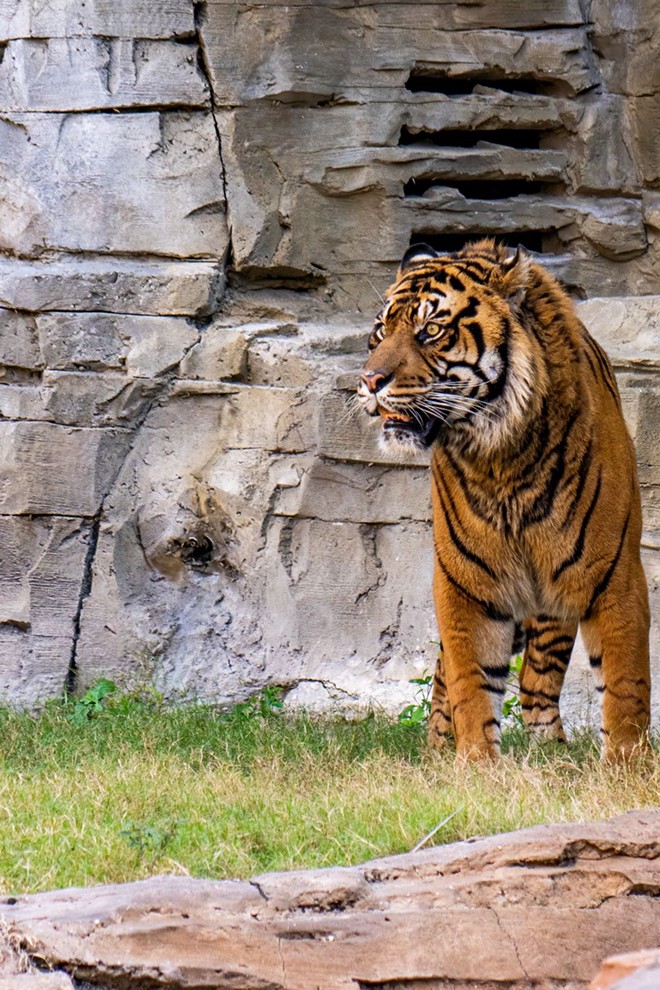 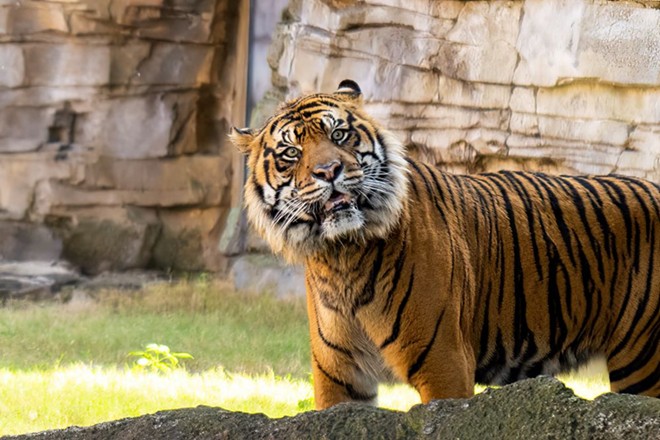 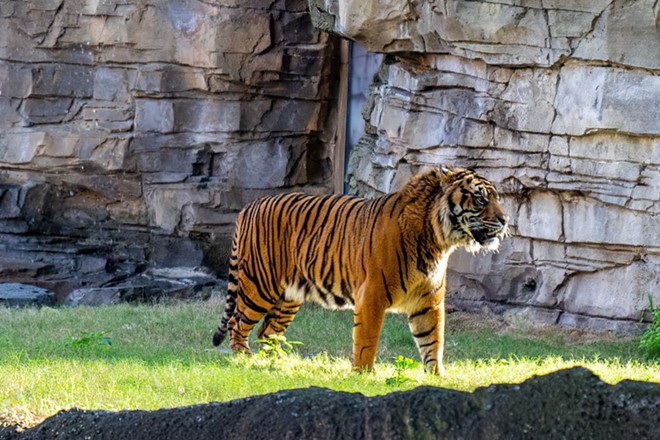