But only thirty will become the city's next professional indoor soccer players. 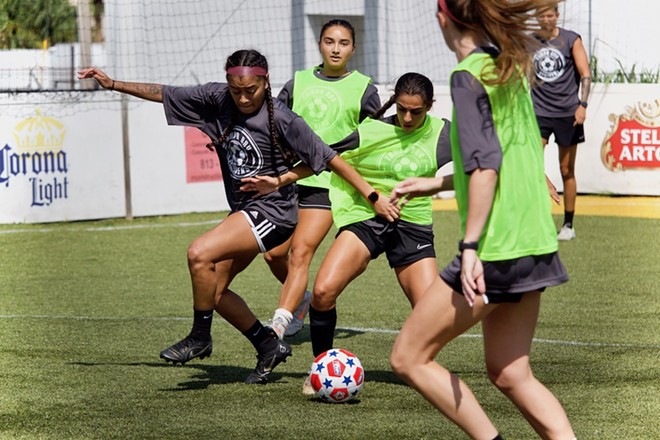 As they filed in for check-in, the players were greeted by Tampa Bay Buccaneers' Super Bowl kicker and new Strikers head coach Martín Gramática, then handed a numbered Strikers shirt that would become their identity for the remainder of tryouts.

The masses spread out across the outdoor complex's five short-sided turf fields to lace up their cleats, stretch out and pass the ball around in group circles.

Amongst these players was 31-year-old Colin Tull, who didn't have much soccer experience on his résumé due to his basketball career, but still figured he'd give it a shot to land one of the coveted spots on the 15-man roster.

"I got nothing to lose, man," Tull said. "I enjoy the game and have been improving over the last few months. I would be very proud of myself if I made the team. It would be a big-time accomplishment."

Before five-a-side games broke out, Gramática, fellow coaches and owners huddled all the players onto a single field to give opening remarks, in which they expressed their gratitude for such a substantial turnout and the importance of building the Strikers' teams — one men's, one women's — with "local talent." 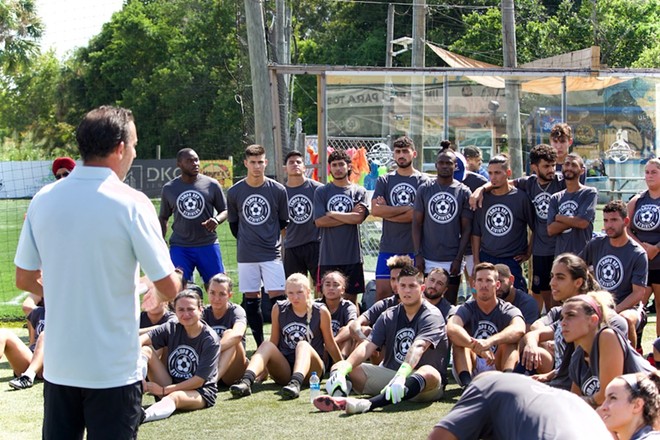 Max Steele
Strikers head coach Martín Gramática speaks to the crowd of players that showed up to tryouts.
"It's why I took the job," Gramática said. "Tampa is my home. To be able to give our young kids a chance to look at something for the future is something I'm so happy and proud to be a part of."

Strikers General Manager Gary Tufford and Board Executive Andrew Haines, who have both attended other National Indoor Soccer League open tryouts across the nation, were impressed by how many players wanted to play for Tampa's new team and said it was one of the biggest turnouts they've seen.

"We're new in this market and for as many people to get that excited about it this early on is very encouraging," Tufford said. "You have a lot of players that want to continue their careers at a high level and don't want to give it up. It gives them an opportunity and it's great for the city."

The huddle broke and the games began, where women packed onto one field and the men split up across two.

The next hour consisted of three-minute rotating games with waiting players used as bumpers along the perimeter of the field to keep a fast pace. Coaches were impressed by the level of skill exhibited in the games, as well as the players' enthusiastic work ethic.

Max Steele
Fifteen players will be selected for each Strikers team.
On top of the intense games, the Florida temperature read 90 degrees, but it felt about ten ticks higher while standing on the steaming artificial fields.

"It's really hot. Kind of struggling with the heat," St. Petersburg native and former semi-pro Tampa Marauders player Jabari Baptiste said, but that wasn't stopping him from giving it his all. "It would mean a lot [to make the team]. It would be a good confidence boost and would make me want to start training harder."


Kennedy Messina, Lisa Caprara and Sariah Orocu also felt the heat, but still enjoyed trying out because it got them back on their favorite field.

"It's a lot of fun playing with girls around my age and getting some touches on the ball," Messina said. "I wanted to play with some good people and have some fun in the sun. It's good energy out here and I'm looking forward to competing again."

"I'm over here chugging Gatorade and it's hot outside, but I'm loving being here," Caprara added. "I've played soccer my whole life. It's in my blood, it's in my system. I would be so excited to be a part of the team."

"It's high intensity, action-packed and very exciting to be a part of again since being out of college," Orocu said. "Rec league just wasn't doing it for me out here. So when I heard this was an opportunity, I figured I'd check it out in hopes that it would be something that I would really enjoy." 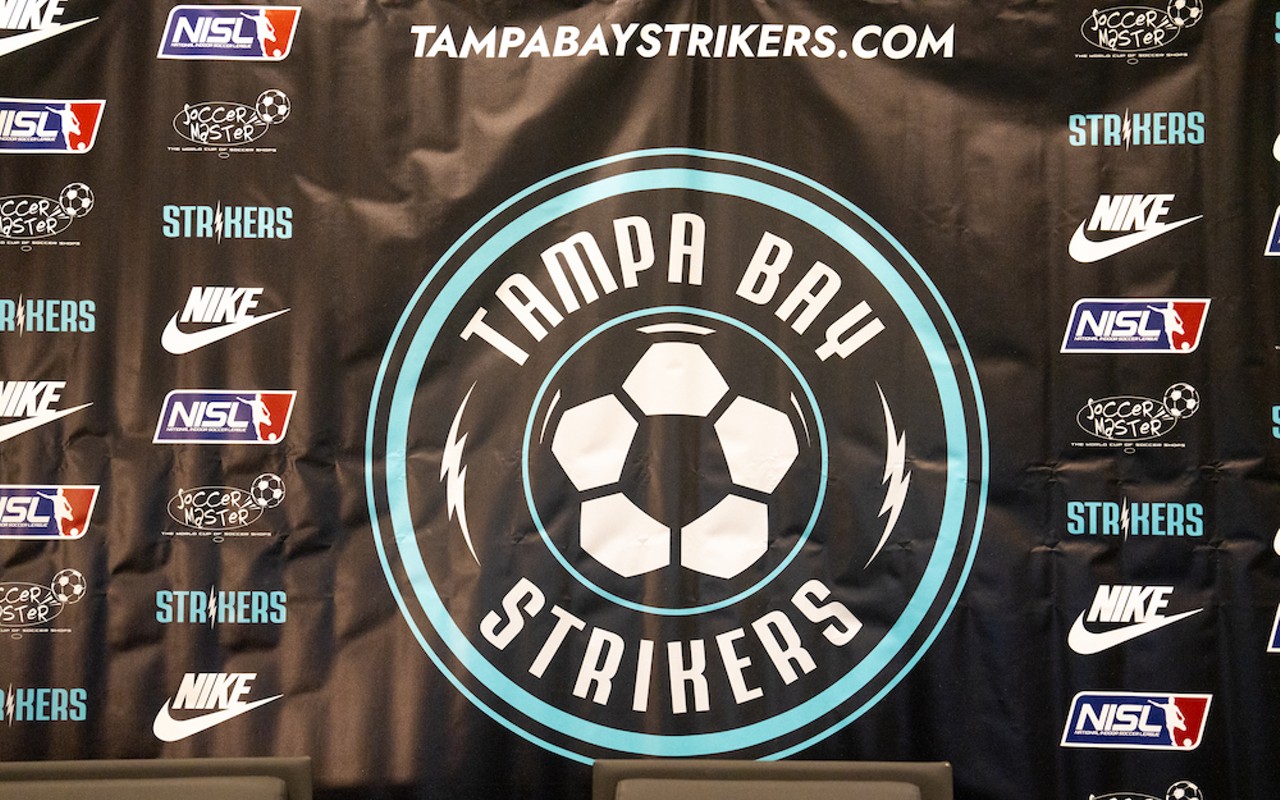 Tampa Bay's new indoor soccer team will be called the Strikers: The season is expected to kickoff in December.

Luckily, the players won't have to get used to the hot weather if they make the team, because they'll be playing all their home games inside the Yuengling Center located on University of South Florida's Tampa campus.

After a few hours of games, with water breaks in between, Gramática wrapped up a seemingly successful day of tryouts and discussed his thoughts with fellow coaches on the monumental evening.

"Very excited. The level and competition has been great," Gramática said. "A lot of talent and a lot of energy."

Who exactly made the final team is not yet clear, but Gramática did describe his ideal players.

"Good people. We don't want somebody that's a bad apple that's going to ruin the group," Gramática said. "And then, hard workers. Outworking the opponent wins you games. Obviously, we're looking for talent, but at the end of the day, they have to be a good person and they have to work."