The season is expected to kickoff in December. 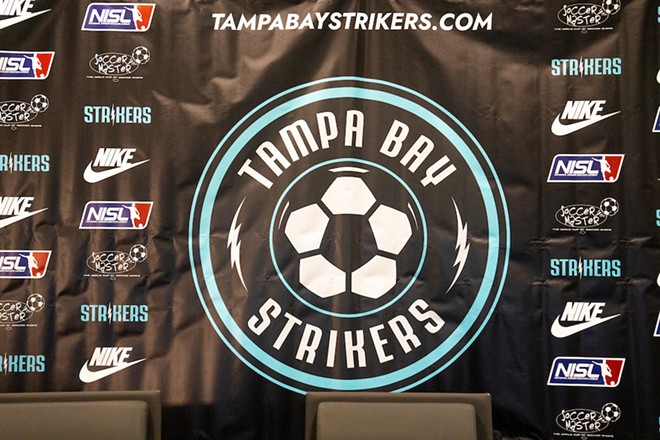 Feddy Azofeifa-Gallegos
The Tampa Bay Strikers will kick off their debut season in December this year.

Welcome to the Bay, Strikers.

The Nike-sponsored Strikers will feature both a mens and womens team and will kick off their 20-game debut season in December this year—with home games played inside the Yuengling Center at University of South Florida.

“The [NISL] is coming to Tampa, and we couldn’t be more excited," said St. Pete resident Andrew Haines, NISL executive board of directors and Tampa Bay Strikers managing partner. "You won’t want to miss this fast-paced, high-scoring, family-friendly entertainment.”

In soccer, a striker is the name of a player that plays the forward position and often scores most of the goals. The Strikers' name may also be a nod to the Tampa Bay Lightning and the former Fort Lauderdale Strikers, the in-state rival of the Tampa Bay Rowdies that was disbanded in 2016.

If you think you have the skills to play for the Strikers, fill out a tryout application on the team's website for your chance at becoming a pro indoor soccer player. Tampa is getting a professional indoor soccer team this year: The team's official name will be announced at a press conference next Monday

More details about Tampa's newest team will be released in the upcoming months, including head and assistant coaches, schedule, ticket information and more.