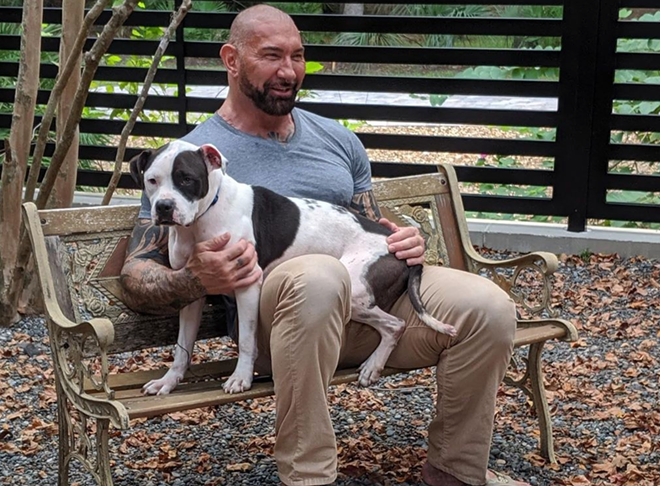 DC Society Ink,  a play on his personal mantra “Dream Chaser” and the fact he’s from the Washington D.C. area, opened Monday, Jan. 17 at 1108 West Kennedy Blvd, near the University of Tampa campus.

While Bautista may be the face of the operation, the "Guardians of the Galaxy" and "Dune" star is actually a partner with his own personal tattoo artist, John Kural, aka "John John" of 2 Extreme Tattoos. “We’re turning this dream into a reality, it's going to be an experience,” said  Bautista in a video from last October.

The shop currently has a roster of nine tattoo artists, who are taking appointments via tattooshoptampafl.com.

Besides opening tattoo shops, Bautista has been busy over the last few months.  The 53-year recently adopted a new local puppy, now named "Penny," which was found with a chain embedded in its neck. Inspired by Penny, two Florida lawmakers then filed two acts that would make it illegal to keep an unattended dog or a cat tethered.