Extra! Extra! It's the movie news!


The Avengers has begun: According to writer/director Joss Whedon, The Avengers has started shooting. In the post from Whedon, he's asking for some luck in a big undertaking that promises to bring together The Hulk, Iron Man, Thor, Captain America and others from the Marvel universe to fight an unknown bad guy. Considering this movie will make or break Marvel, it's safe to say there's a bit of pressure.


Whats next for Iron Man? Shane Black knows: It was announced this week that Iron Man 3 director Shane Black would co-write the script for the third movie. It was already known that the Kiss, Kiss, Bang, Bang writer/director would helm the movie after Jon Favreau stepped down, but it wasn't confirmed that Black would have a hand of the script until now. It's good news for Black fans (and for Iron Man, too).


Can I get a collective "whoa": Finally, after way too long of a hiatus, it looks like Bill S. Preston, Esq. and Ted Theodore Logan will be returning. The script for the third Bill & Ted movie is finished, and it looks like Keanu Reeves and Alex Winter will be returning. Sadly, their mentor Rufus, played in the first two films by the late George Carlin, will have to be different. Still, I can't wait to see what the now middle-aged Reeves and Winter do when they reprise the characters that made them famous when they were in their twenties. It doesn't matter, I'll be there for this movie.


Bourne again … for the fourth time: When it was announced a fourth Bourne movie was being made — despite there only being three books as source material, and star Matt Damon announcing he would not be returning — it sounded like the project was a myth. That is, until a script was written, and Jeremy Renner was announced as Damon's Bourne replacement. The current title is Bourne Legacy, and it doesn't sound like either the studio or the director is real happy with the decision, compromising on having a huge star and an unknown. Renner is famous for his role in the Award winning The Hurt Locker.


Scaring up Scream 5: What's your favorite scary movie? Apparently, not Scream 4. Ghostface may not be making another appearance now that Scream 4 has underperformed at the box office. The studio originally intended to make an additional two movies with the new cast, but since the grosses have been poor, they're now thinking of rebooting (of course) the franchise or just dropping it all together.


"I'll be back" ... yeah, no, we get it: Terminator 5 looks like it might get off the ground after the announcement that Arnold "Governator" Schwarzenegger might be interested in returning to the franchise. After the poor critical review of Terminator: Salvation, the chances of a fifth film seemed slim, but Arnold returning to the role that made him a worldwide star would change the equation a little bit. I wouldn't mind seeing Christian Bale return as John Connor, battling robots with Arnold by his side — or something. But, does Salvation director McG have to return as well?


New Deathly Hallows 2 trailer released: The Trailer of the Week section is still below, but this is pretty big news, so I'm putting it in the "News" section. The release of the finale to the biggest franchise in cinema history is only a few weeks away. I haven't read the books, but Deathly Hallows Part 2 looks to be loaded with action scenes, including the final one away here. In my review of the first part of the Deathly Hallows, I said there was very little action. If only I'd realized that it's all in the second movie!

Something to make you go awww: Never let it be said that I don't have a soft side. Check out this trailer made by a guy attempting to propose to his girlfriend. It's actually pretty good! Explosions, CG — Michael Bay may see something in this kid. In case you were wondering, it looks like she said yes.


From the big screen to the small screen … what's on the tube?
Smallville concludes: If you've never seen the show, then you don't care, but as Smallville finishes up the 10th season, the finale offers the return of Michael Rosenbaum as Lex Luthor, along with Alison Mack as Chloe in a finale that is said to wrap things up in a satisfying way. There's supposed to be a Clark and Lois wedding, but that can't happen. The show airs on the CW, and there has to be teen angst or the show doesn't fit. If you're excited, here's the trailer for the finale.


America loves Doctor Who. Britain, not so much …The season premiere of Doctor Who scored the highest ratings BBC America has ever had, and the show kicked off with a bang. The surprise, however, is that the great ratings in the U.S. weren't echoed across the pond, where the show saw a decline in viewership from last year's season premiere. This is the first time Doctor Who was shown both in American and Britain in the same day, with the two-parter raising all kinds of questions we will likely wonder about until the end of the season.


X-Factor names judges, world moves on: The American version of Simon Cowell's talent search show has named it's judges, and they are Paula Abdul, Cheryl Cole and, of course, Simon Cowell. Abdul wasn't much of a shock (I think she and Cowell must have something going on the side), but I'm kinda surprised at Cheryl Cole. Now that the judges have been announced, are you interesting in yet another American Idol-esque show? The ratings will tell …


Family Matters star to take it all off for Playboy? No, not Urkel. And, yeah, I know, two weeks in a row with Family Matters making the news. I must be feeling nostalgic. Cherie Johnson, the actress who played neighbor Maxine in the show, wants to pose for Playboy. I haven't seen her much since the show went off the air, a fact I guess she's trying to overcompensate for.


Trailer of the week:
For your entertainment pleasure this week, I present the second X-Men: First Class trailer, which delves into the friendship between Charles Xavier and Magneto. I'm interested to see First Class, but I wonder if the movie will contain some surprises, given we know the outcome of the friendship. Either way, it looks like we will be seeing some quality mutant mayhem. Anything to get rid of the memories of that third X-Men movie.

Thanks for reading Kevin's Korner! Come on back next week for more news, trailers, and other geek-out stuff! 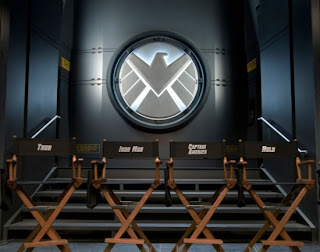 You don't know what it is, but it's there, like a splinter in your mind driving you mad. It's this feeling that has brought you to me. Do you know what I'm talking about? No, not The Matrix. It's your quest for the latest movie news! Welcome back to Kevin's Korner, your only stop for all of this week's movie and TV news. It's been an interesting few days, filled with wacky news and announcements — and I promise none of it has to do with a birth certificate.

So, let's get right to it, shall we? And, thanks for being in my Korner.