What was the biggest reason you decided to come to the MFA?

My conversations with Kristen Shepherd made the difference. Her vision for a "curatorially centered" museum, supportive of initiating scholarship on the collection and ambitious about building the permanent collection, was very compelling.

You once worked at the Tampa Museum of Art and they tell us you’ve remained in close contact with Seth Pevnick. What do you see as the chief difference in the two museums?

The MFA is the only encyclopedic collection in the Tampa Bay area, meaning the collection represents the breadth and depth of art history. It can tell the story of the world and its art from ancient times to the present day. The works in the MFA’s collection range from ancient Greece and Rome to contemporary times. The TMA’s permanent collections include collections of Greek and Roman Art, and modern and contemporary art.

I’m fascinated by the story surrounding the Praxiteles statue you acquired for the Cleveland Museum. Can you tell our readers a bit about how antiquities acquisitions can be fraught with intrigue?

While the discovery itself is intriguing, I think your readers might find the acquisition process fascinating as well. When I first saw the "Cleveland Apollo" (Apollo the Python-Slayer: attributed to Praxiteles), I knew it was very special and worthy of acquisition by the Cleveland Museum of Art because I believed it to be an extremely rare original Greek work. Independent specialists were consulted and the museum was willing to move quickly. It was a one-of-a-kind opportunity to bring an ancient masterpiece into a public collection.

No one likes to come into town saying “I’m going to change this…” about a new leadership role, but Kristen has already made some positive, sweeping changes to the MFA. How will your work support that spirit of evolution?

Obviously, I’m at the MFA because Kristen thought I would advance her vision. I can say that we share many values and I look forward to helping to change the MFA in positive ways, while preserving core attributes that have made the museum so beloved in the community.

What do you see as the chief difference between the CMA and the MFA?

What’s your vision for your part of the MFA?

Antiquities represent the foundations of an encyclopedic art museum. I plan to strengthen dramatically the MFA’s already-strong permanent collection of antiquities, to organize original exhibitions, and bring other exhibitions to the museum through creative partnerships.

Art and career aside, what have you missed most about Tampa Bay? 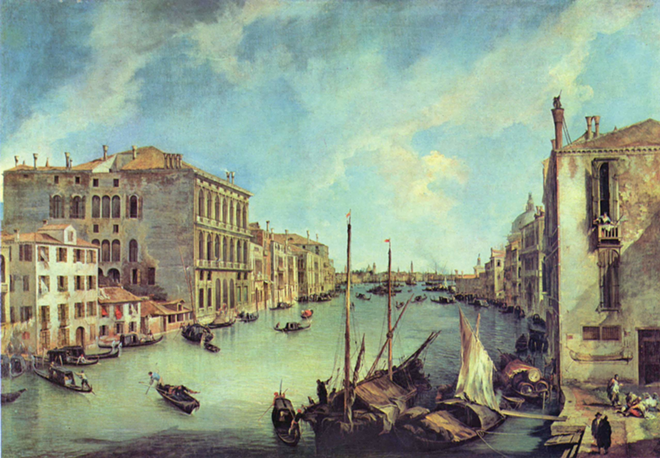 Public Domain
"View of the Grand Canal from the Campo San Vio" comes to Minecraft, and Dr. Stanton Thomas comes to St. Pete.

When Kristen Shepherd interviewed new curators for St. Pete's Museum of Fine Arts, her staff didn't realize she'd set her mind on hiring two, but that’s what she did.

And both curators are quite the boon to the MFA: Dr. Michael Bennett will start on Feb. 23 as the senior curator of early Western art and Dr. Stanton Thomas will start as curator of collections and exhibitions on Mar. 1. 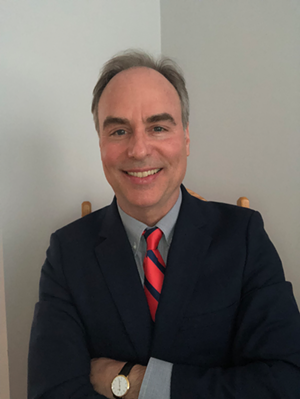 When she told staff, she says there was no response — initially.

"We were expecting the hiring of one generalist, so when we found out that two curators were to be hired, it was almost too good to be true," Pill says. "We now have a photography specialist [Robin O'Dell], an antiquities expert [Bennett] and a generalist [Thomas] who has deep and varied experience with a range of subjects, including the decorative arts, and then my focus on living artists."

As the first director of Greek and Roman art at the Cleveland Museum of Art, Bennett acquired "Apollo the lizard slayer," a statue created by Praxiteles in the 4th century B.C. Harvard Art History Professor David Mitten called it "the most important classical Greek sculpture to come to a museum since World War I."

The story of Bennett's acquisition is fascinating — read it here. 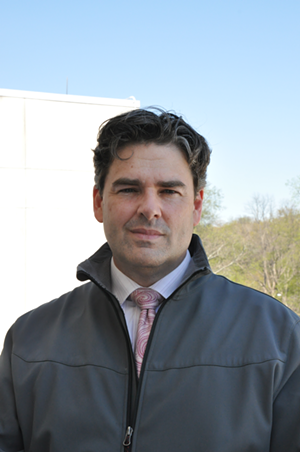 Thomas will leave his post as curator of European and decorative art at Memphis Brooks Museum of Art to join the team at the MFA. One of his kick-ass contributions there was investigating the ownership history of Canaletto's "View of the Grand Canal from the Campo San Vio." Think of him as an art detective — a chicken-owning art detective with a sense of humor — and hey, that Canaletto is now also a downloadable map in the realm-building world of Minecraft, which we think may just be the best way to teach kids about 18th-century Venice.

Together, these two additions to the MFA herald a new era in the Tampa Bay art community.

"Any addition to the community," Michael Tomor, Tampa Museum of Art's executive director, says, "makes the whole region richer with information and I'm thrilled that there's that type of expansion at the MFA and applaud Kristen Shepherd's efforts in bringing that to community and her museum."

Bennett once worked at TMA and Tomor says he's maintained a good relationship with the board, and has stayed in close professional and personal contact with Seth Pevnick, the museum's chief curator and Richard E. Perry curator of Greek and Roman art.

"It’s been very exciting to see the museum grow in this direction," Pill says. "As an encyclopedic institution, it’s so important to have specialists in their respective fields."

"They are bringing world class scholarship and innovative ideas to the MFA," Shepherd says of Thomas and Bennett. "I am thrilled they are joining our curatorial team."

Cathy Salustri is the arts & entertainment editor for Creative Loafing Tampa. Her book about a month-long road trip across Florida's backroads, Backroads of Paradise, is available at big box stores and online, but she'd prefer you buy it from a local bookseller. Follow her adventures at greatfloridaroadtrip.com, on Twitter, or on Facebook. She also has a personal website and an Instagram, which has mostly pictures of her dogs. Email her here.