Picturing Eden at the Ringling Museum of Art 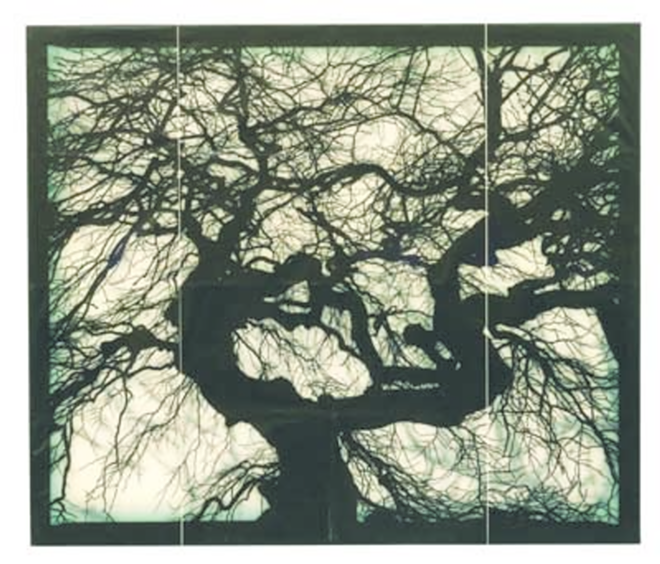 Given the breezy brightness of this spring's weather, you could be forgiven for imagining that west central Florida constitutes a little slice of paradise — especially in the manicured gardens outside the John and Mable Ringling Museum of Art in Sarasota, where blissed-out tourists wander among the flora. As May progresses, of course, mid-day temperatures are taking a turn toward the infernal, but until the full heat of summer arrives a trip to the Ringling's grounds remains a heavenly option.

As if in reflection of the museum's exterior charms, the Ringling's Searing Wing hosts an exhibition of contemporary photography exploring the elusiveness of Eden. More than 150 images by 37 artists from around the world probe the theme in various ways. Organized by the George Eastman House (Rochester, N.Y.), the exhibit is divided into four parts: "Paradise Lost," "Paradise Reconstructed," "Despairing of Paradise" and "Paradise Anew." Along with their conceptual diversity, the photographs evince a variety in visual form that makes for a series of eye-popping encounters.

From prints in surreal, super-saturated color to those in painstakingly balanced black-and-white, from computer-enabled to camera-less creations, these pictures remind viewers that there's no single recipe for a compelling image (or ironclad expectation for what a photograph is) in contemporary art.

Visions of nature — no surprise — figure prominently in Picturing Eden. Often, perhaps a bit too often, those visions crop up as floral landscapes. Indeed, by the time I found my way to Terri Weifenbach's evocative scenes, among the strongest of the bunch for their teasing sense of narrative, I felt their enticements were slightly dulled by the profusion of flower imagery before them. Still, Weifenbach's mildly vertiginous technique of placing only a small portion of the landscape in focus to capture attention (though, paradoxically, nothing appears to be taking place in the emphasized space) drew me in and lingered with me long after.

For the most part, this is flora as you have never, or rarely, seen it or conceived of it before. Michael Parekowhai's glossy photographs of robust silk bouquets in white vases arrive with the perspective-altering disclosure, via wall text, that the flowers commemorate the decidedly masculine valor of Maori warriors who died in Western battles. (The artist is a New Zealander of Maori and European decent.) Binh Dahn's camera-less prints preserve glimpses of the Vietnam War — pale but indelible black-and-white memories — on dried leaves encased in resin. Mike and Doug Starn's silhouetted trees, printed on translucent Thai mulberry, Gampi and tissue papers, mean to suggest a parallel between human neural structure and patterns in nature. (If the artists' names sound freshly familiar, it may be because the twin brothers recently completed a well-publicized public art commission for New York City's Metropolitan Transit Authority; in the city's new South Ferry Terminal, the Starns' leaf, tree and map motifs greet passengers in the form of fused glass walls and a marble mosaic.)

The exhibit is at its finest when the images raise provocative questions — as the aforementioned works do — not only about what our collective, ever-changing ideas of paradise look like but about why we take such pleasure in both crafting those ideas and seeing them dismantled and desecrated. Is paradise an orderliness we attempt to force on nature, or (perhaps against the backdrop of orderly modernity) a desire for chaos? Is it a botanical stand-in for our own human choices to do good or evil? A manifestation of primal or pre-conscious fears and pleasures?

Ruud van Empel's creepily gorgeous landscapes — too-verdant digital mashups of plant life into ominous forests — foreground child versions of Adam and Eve, doll-like waifs whose disturbing desirability raises questions about innocence on both sides of the frame. Liz Rideal's photographs of the bronzed roots of matthiola flowers (alleged to ward away the devil) ponder the power of symbol and superstition as well as the beauty of minimal form. Mark Kessell's blown-up faces (blurry enlargements of his own daguerreotypes) locate the menacing and the unknown in the familiar — even in the presumably sweet face of a baby, transformed into looming, shadowy mug.

Picturing Eden gives visitors plenty to savor visually, and to contemplate. And perhaps, for most art lovers, an affecting exhibition is a pretty good approximation of paradise. Take a stroll around the Ringling's fantastic grounds afterwards, and you may think you've stepped into the real thing.