Did the Rays forget they’re on a road trip? That’s where they play the best this year.


The best argument anyone can make for a new stadium is how seldom Tampa Bay bats get it done at the Trop.


If the Rays can’t give the home team crowd a win as often as they’d like, they should at least favor the TV audience with a road victory.


This is another—one of a few too many lately—of those games that brings out the tried and true caveat:


Lose too many close games and you won’t make it to October.


Neither fact makes it any less true.


The Rays head south to Miami this weekend to kick off inter-league play against in-state rivals the Florida Marlins. With no designated hitter in the National League park, Johnny Damon is expected to see some time in left field at some point.


Game one of the so-called Citrus Series starts Friday at 7:10 p.m. Andy Sonnanstine (0-1, 3.92 ERA) is set to square off against Anibal Sanchez (3-1, 2.90). While Sonny’s pitching numbers may not be so hot lately, remember how well he swings the bat. 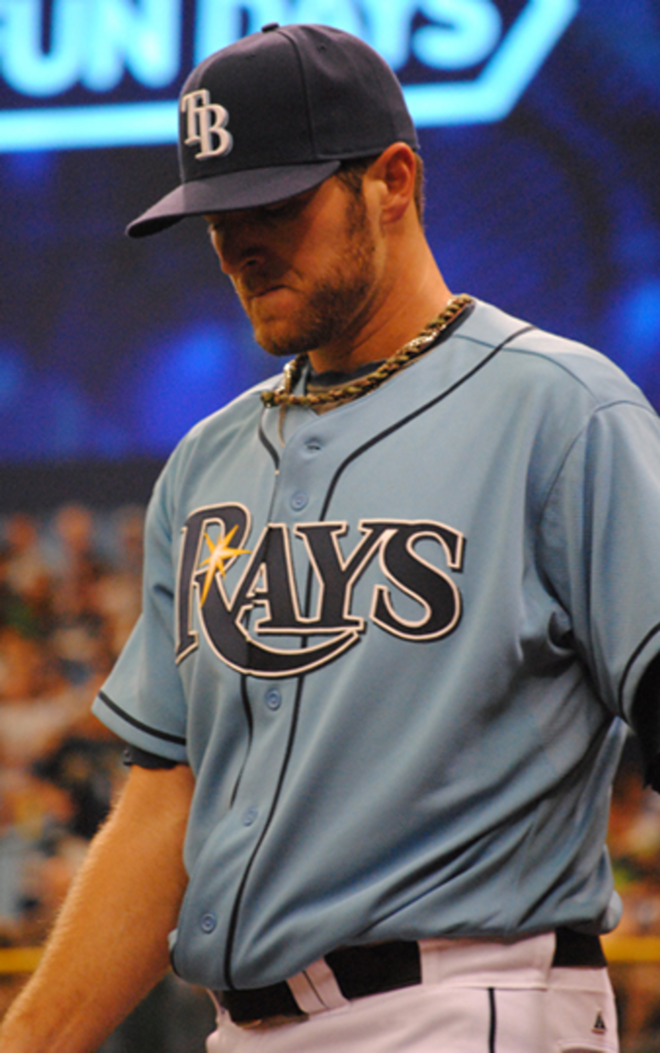 In a game ruled by the long ball, the Tampa Bay Rays came up short.

On the first leg of a ridiculous north-south-north-again road trip, the boys from the Bay area dropped the second half of a double-shot in Toronto. Having barely hung on the night prior, the Rays fell to the Blue Jays 3-2.

Toronto and Tampa Bay traded home runs in a tightly-pitched game. Rays starting pitcher Wade Davis had a Cliff Lee-like pitch count going into the later innings. He had allowed a home run to Juan Rivera in the second inning but B.J. Upton answered back in the top of the fifth.

The difference in this one was not a home run, but the walk yielded just prior.

Rivera got a free pass from Davis in the seventh inning. J.P. Arencibia went deep on the next pitch Davis threw for the deciding two-run homer.

It was the first walk Davis issued, one of four.

It was the only one that mattered.

Kelly Shoppach got one back in the top of the eighth with a shot off of Jays reliever Marc Rzepczynski. The Rays catcher’s second home run of the year came on the 2-2 pitch.

Davis notched three Ks in his seven and two-thirds innings of work. He allowed three runs on seven hits.

The Rays’ two homers accounted for half their hits.

When your pitching staff holds slugger Jose Bautista hit-less, you have to reward that performance with more than two runs on four hits.