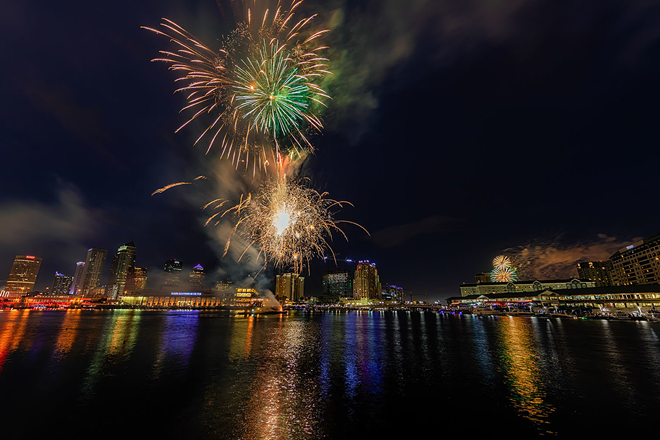 Photo via City of Tampa
The three firework displays will be located at Armature Works, Sparkman Wharf and Bayshore Boulevard and begin at dusk.
Break out your favorite Old Navy shirt, Tampa.

The firework displays will be located at Armature Works, Sparkman Wharf and Bayshore Boulevard (south of Davis Islands Bridge). The Davis Islands display will be largest display of the three.

Before the firework show begins at dusk, there will be a variety of family-friendly activities occurring throughout the city, including a water-ski show outside of Sparkman, a hot dog eating competition at Armature Works (Tampa's original weiner eating contest happens the day before in Ybor City), plus food trucks at Curtis Hixon Park and a boat parade throughout Riverwalk.

For Boom By the Bay's complete schedule, see below: