Jon Palmer Claridge—Tampa Bay's longest running, and perhaps last anonymous, food critic—has spent his life following two enduring passions, theatre and fine dining. He trained as a theatre professional (BFA/Acting; MFA/Directing) while Mastering the Art of French Cooking from Julia Child as an avocation. He acted in, directed or designed 100-plus plays, including work with Lotte Lenya and Broadway’s Stephen Douglas. In addition, he produced cabaret evenings with Liz Calloway, Donna McKechnie, Melba Moore, Andrea Marcovicci, and superstar Chef José Andrés. He is also a member of the The American Theatre Critics Association.

Parallel to his theatre activities, he was the proprietor of Pure Elegance, creating celebration cakes without compromise and becoming a Wine Spectator “Wine Warrior” focused on food and wine matching. His extensive travels across the U.S. and Europe include regular Broadway trips, great vineyards and Michelin-starred dining.

He spent many years as a fixture in the D.C. theatre scene at the NEA, the Helen Hayes Awards, the League of Washington Theatres and the Washington Area Performing Arts Video Archive. These experiences allowed him to be the architect and President of Theatre Tampa Bay (2012-2015), after which he spent four years on the judging panel.

JPC’s acclaimed love letter to fine dining, "Drink.More.Wine! A Simple Guide to Peak Experiences Now" is on Amazon. Signed copies are available locally at St. Pete’s Tombolo and Back in the Day Books in Dunedin. Jon has been writing for CL since 2012. 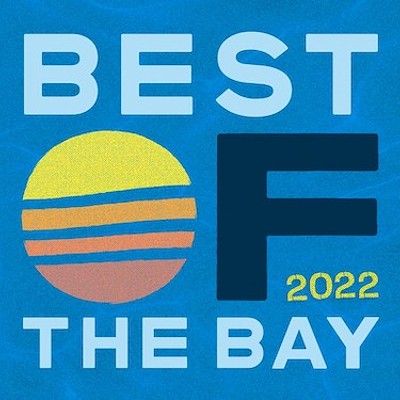