Fans of the beloved 60-year-old breakfast spot shouldn’t be worried about changes, however. 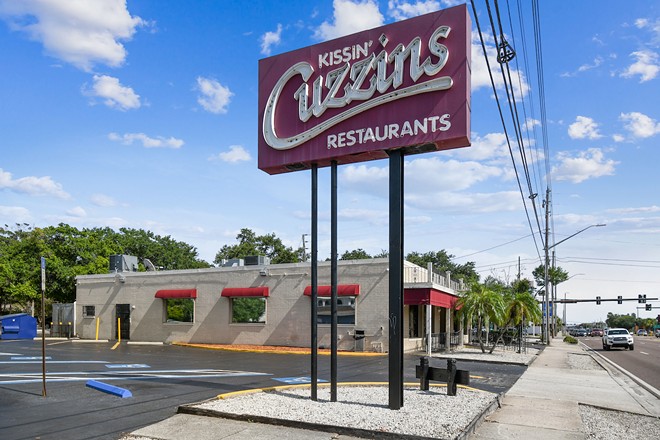 The diner-style restaurant at 951 34th St. N in St. Petersburg was listed through Coldwell Banker Realty earlier this week. Kissin’ Cuzzins was built and held its grand opening in 1961—it’s been owned and operated by the Rice family ever since.

According to the listing, current owner Gerry Rice is set to retire after having worked at his family’s business for the last 50 years.

Listing agent Bill Tourtelot said the restaurant has only been listed online for a few days, but he’s already fielding a bunch of calls from potential buyers and from locals who are worried about losing a longtime favorite breakfast spot.

“We’re very confident it’s going to sell to a buyer who’s going to keep it just the way it is,” Tourtelot said. “Customers likely don’t need to worry. We are most likely going to be selling it (the way it is).”

Kissin’ Cuzzins is known to generations of St. Pete locals as a go-to spot for breakfast and lunch serving classic, homestyle dishes and twists on diner favorites, including stacks of thick and fluffy pancakes (get the chocolate chip or sweet potato), egg benedicts and perfectly crispy and greasy hash browns.

And yes, all the recipes go to the future new owner, including the special blend for the fan-favorite pancakes.

“They get all the secrets,” Rice said. 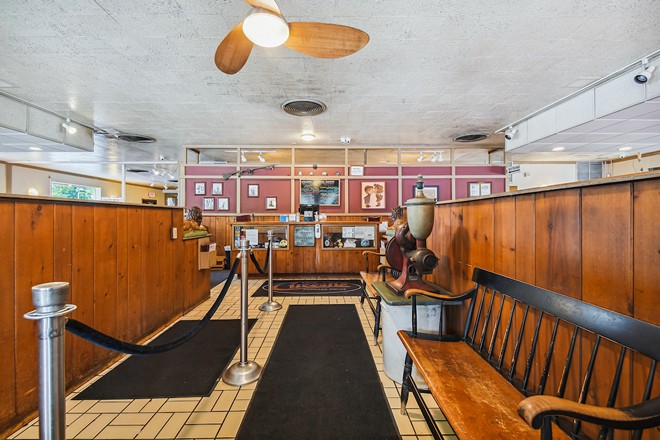 “I don’t change much,” said Rice, who still has his first car, the house he grew up in, and his first job at the restaurant. “If it works and looks OK, it’s staying that way.”

Rice said some of his fondest memories over the decades have been seeing longtime patrons and “all the people you’ve grown up with.”

“They’re always very appreciative of (me) still being there,” he said.

The restaurant has had varied hours of operation over the decades, but current hours are for breakfast and lunch only, with the place closing at 2 p.m. The listing emphasizes the profitable potential of increasing the hours through dinner.

Kissin’ Cuzzins also has a full liquor bar—a surprising bonus for a historic breakfast joint. Tourtelot said the buyer also gets the special food service liquor license, which covers a restaurant with at least 2,500 square feet and space to serve 150 people at one time, for on-premise consumption only.

Though it has a decent-sized parking lot (by St. Pete standards), it’s not uncommon to see a line of hungry patrons snaking outside the door of Kissin’ Cuzzins. That’s especially true on the weekends and during the post-church Sunday crowds.

Like so many other St. Pete natives, Tourtelot, 72, also has a personal connection to Kissin’ Cuzzins. He’s been eating there since it opened in 1961, even a little before the Rice family bought the property, which used to be a Perkins.

“Without a doubt the best breakfast place and comfort food place anywhere in St. Petersburg,” he said. “Unlike most family restaurants that are struggling…he’s booming. They don’t change the menu; people just love it.”

Freelance contributor Chelsea Zukowski is a Tampa Bay native who started her journalism career in 2014 at the Tampa Bay Times, working her way up from editorial assistant to entertainment reporter and copy editor. After four years in print, she moved on to broadcast as a digital producer with 10 Tampa Bay-WTSP,...
More
Scroll to read more Openings & Closings articles
Join the Creative Loafing Tampa Bay Press Club