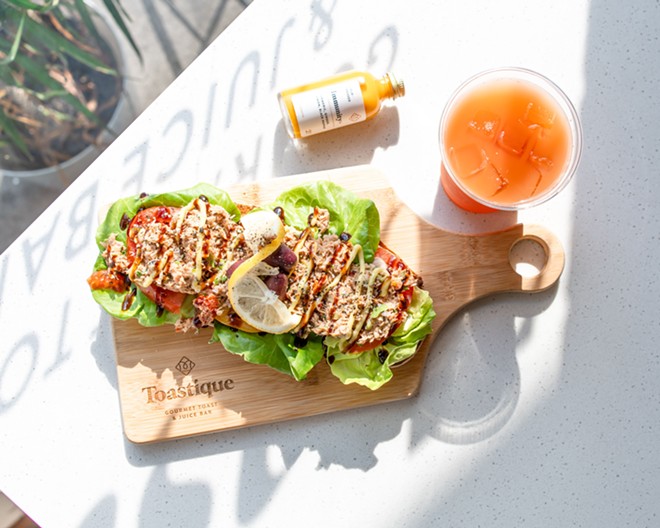 c/o Toastique
From burgers to artisan ice cream and high-end Japanese food, the ever-growing Water Street Tampa development is known for its wide variety of eats. And its latest concept, Toastique, will soon be downtown Tampa’s go-to spot for gourmet toasts, juices, smoothies, espresso and more.

Earlier today, Strategic Property Partners  announced the addition of Toastique to its downtown Tampa hotspot, slated to debut in early 2023.

When the new gourmet toast spot opens at 1011 E Cumberland Ave. next year it will be Tampa Bay's very first Toastique location.

Know for its healthy breakfasts and grab-n-go options, Toastique boasts a menu full of  loaded toasts topped with proteins like smoked salmon, Italian meats, sundried tomato tuna and honey-roasted peanut butter.  The rest of its menu is filled with smoothies like the "Superfruit"—complete with acai, strawberry, banana, blueberry and apple juice— and cold-pressed juices like the "Defender," made of orange, carrot, lemon, apple and tumeric.

Prices for its various breakfast and lunch options will range from $8 to $15.

The Washington D.C.-based franchise was founded by former college athlete Brianna Keefe in 2018, after she realized that nutritious and energizing meals were vital for her fast paced lifestyle.

Currently, the only Toastique storefront in Florida resides in the greater Orlando area. But according to its website, there's another Toastique heading to Sarasota, in addition to 11 other upcoming locations across the country.

For more information on Toastique and next year's grand opening, head to waterstreettampa.com or follow @toastique on Instagram. 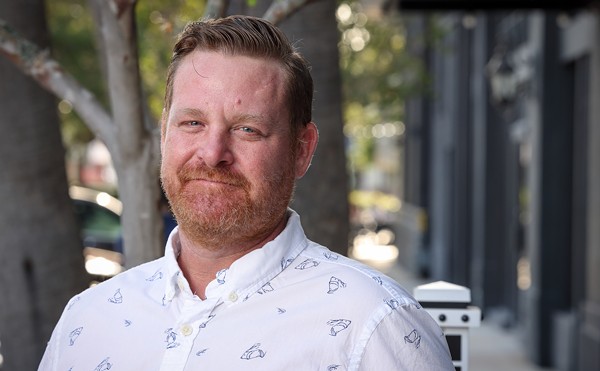