Its grand opening is slated for Halloween weekend. 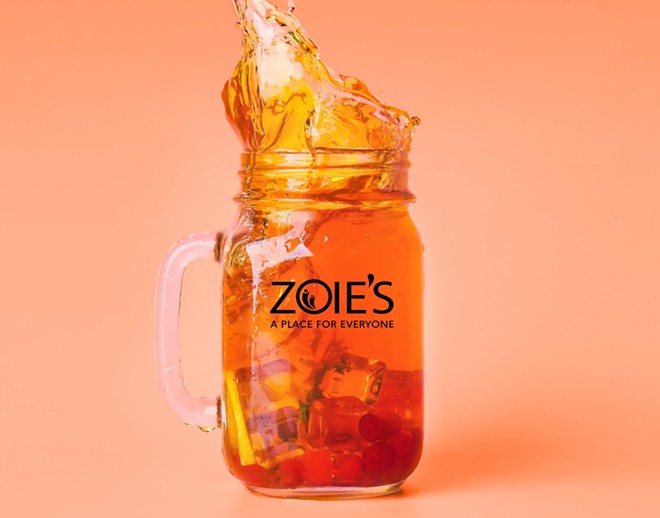 Zoie's / Facebook
There are a decent amount of spots in The Burg’ where you can watch drag shows, but not many where you can chow down on catfish hush puppies while slipping queens some cash.

With its motto of “a place for everyone,” St. Pete’s newest Southern restaurant and entertainment hub Zoie’s will finally debut this month after a full year of renovations.

Located at  2245 Central Ave. in the Grand Central District, this multifaceted space was initially slated to open in the spring of this year.  Owner Jeff Baker and his team have been working tirelessly to transform the roughly 3,000 square-foot old AC & Heating shop into a family-friendly restaurant and entertainment destination for all. Although there's no exact grand opening date set in place, Baker tells Creative Loafing Tampa Bay that he's striving to be open by Halloween weekend. "Fingers crossed!" Baker says hopefully, while holding the leash of his Chihuahua and restaurant's namesake, Zoie. The debut Halloween celebration includes performances by nationally-recognized drag queens and a costume contest with a $2,500 grand prize.

Baker decided to go with a Southern theme for Zoie’s menu not only because his family is from Tennessee and North Carolina, but because he saw a shortage of real comfort food in St. Pete. He says the dishes that excite him the most are the BBQ peach-infused pork chop and the decadent banana bread pudding with rum toffee sauce. Zoie's' brunch menu, which will only be available on Sunday mornings, include dishes like Tennessee hoe cakes, Southern quiche with collard greens and andouille sausage, biscuits and gravy and Cajun eggs Benedict.

The restaurant's ambiance and decor matches the comforting dishes on the menu. Gas lamps line the outside of the restaurant, while a fireplace heats up in the dining room—the same place where a baby grand piano will reside. A large stage occupies the center of the dining room, and Baker says a temporary catwalk will be added later, along with a back patio that'll serve as a VIP and private event space.

Although his restaurant is a LGBTQ+-owned business, Baker stresses that Zoie’s is ultimately a place where all walks of life can feel welcome—families and children included. Baker strives for his restaurant to be a community-focused hub, and has already sponsored local events and programs like Come Out St. Pete and the queer summer program CampOUT. For Zoie's first official celebration this Halloween, profits will be donated to its next door neighbor, Metro Inclusive Health.

Baker has a background in marketing and data science and currently works a 9-5 job at the Moffitt Cancer Center, but emphasizes that his upcoming restaurant will be a vehicle for his philanthropic and community-focused projects.


When Grand Central's newest hotspot debuts and the end  of this month, it will be open from 11 a.m.-3 a.m. Monday-Sunday.

For the latest news on Zoie's—like its highly-anticipated grand opening date—keep up with its Facebook and Instagram at @zoies.dtsp.