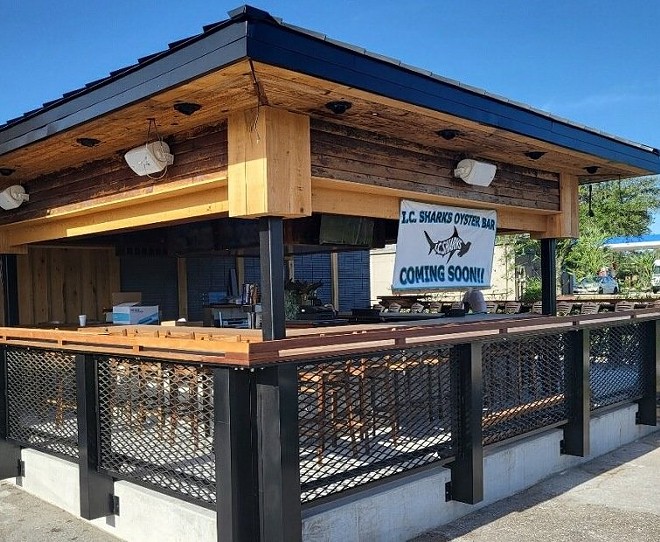 I.C. Sharks / Facebook
Gandy Boulevard’s I.C. Sharks is known for freshly-caught fish and shellfish, and now caters to seafood-lovers that don’t feel like cooking their own dinners.

The popular market soft-opened its outdoor bar and restaurant this week to the delight of loyal patrons, located directly behind the seafood market at 10020 Gandy Blvd. N in St. Petersburg.

It’s currently open Thursday-Friday from 4 p.m.-9 p.m. and Saturday-Sunday from 11 a.m.-10 p.m. It's Facebook—where it also posts the catches of the day—says operating hours will expand soon.

And if you don’t have time to sit down and lounge at the newly-opened bar and restaurant, the I.C. Sharks market sells ready made foods like that fish dip and steamed shrimp alongside raw seafood offerings.

The flagship I.C. Sharks joint was located at 13040 Gandy Blvd., but moved down the road to its current space in  2018 after encountering issues with zoning.

According to a Tampa Bay Times, the previous I.C. Sharks location was temporarily shut down multiple times regarding problems with building, water navigation and zoning regulations, racking up liens that added up to over $1 million.

The seafood market itself is pretty straight forward and features all of the in-season fish and shellfish—although this new I.C. Sharks location does not sell bait like its predecessor.

Expect freshly-caught seafood like stone crab, grouper, shrimp, oysters, salmon and mussels—although it is recommended to call ahead to make sure they aren't sold-out for the day.