The new cafe will debut in Ybor City—although an exact location and slated opening date have not yet been determined. 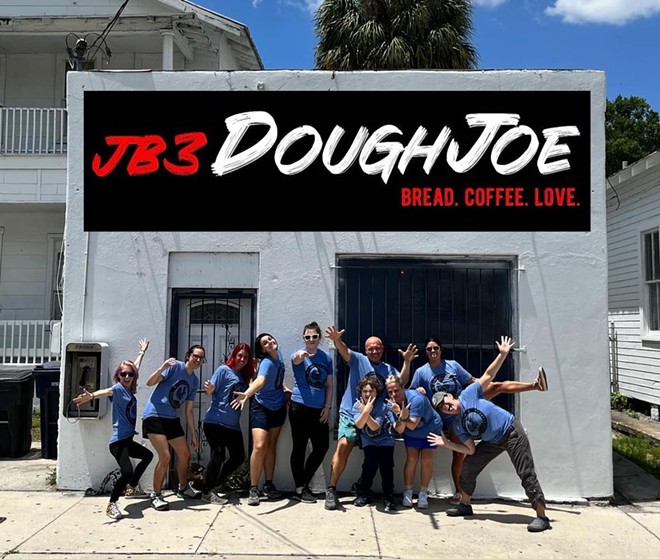 JB3 Dough Joe will combine Jamison B.’s iconic breads and pastries with a charming storefront, according to the bakery. There's no exact address yet.

“We will start the remodel immediately and take each day as it comes. We do not have a tentative opening date but we will work as fast as we can to get that bread back to you,” a recent post from its Facebook reads.

Known for everything from cinnamon buns to sourdough to fancy focaccias—and even special gluten-free and vegan loaves—Jamison B. Breadhouse Bakes’ wide variety of offerings can tickle any dough-lover’s palette.

A few culinary creations we hope to see on the upcoming location's menu include Jamison B.’s exclusive buffalo chicken-stuffed milk buns, pepperoni naan flatbreads and its guava and key lime hand pies—although there will no dine-in seating at the upcoming concept.

Jamison B. has been a wholesale bakery in Tampa since 2013, and underwent a sizable expansion in 2017 when owners Jaime and Jason Laukhuf opened a new facility in Ybor City at 3615 E 7th Ave.

Jamison B. Breadhouse Bakes has provided bread for several prominent Tampa Bay restaurants like Rooster & the Till, On Swann, Bella Brava and CounterCulture.

In 2018, Jamison B. temporarily opened a retail area out of their Ybor City-based facility called The Grain Room, but its demand quickly outgrew the small space. During the pandemic, the bakery started hosting weekly drive-by events where customers could safely pick up their favorite bread products, as explained in this 83 Degrees article.

Drive-bys at the Jamison B. Breadhouse Bakes Ybor City facility happened every Saturday until March 3 , when its market lead "Joe" Laich unfortunately passed away—the namesake of its upcoming grab n' go concept. For now, the bakery is closed to the public until its Dough Joe is ready to celebrate its grand opening.