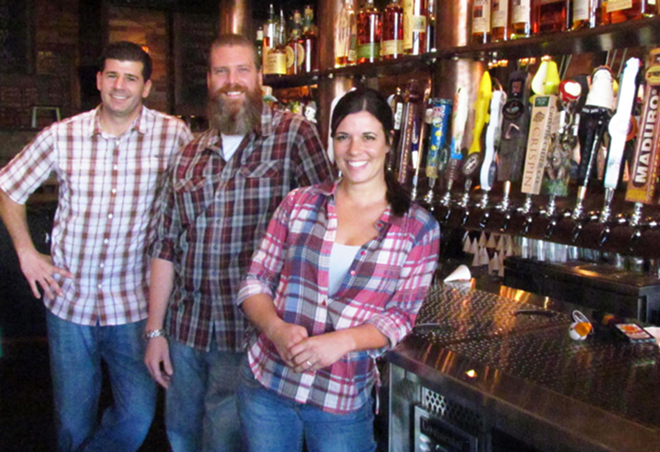 
On Nov. 11, followers of the Trinity-based Craft Street Kitchen got their wish when the gastropub concept’s medley of beer and comfort foods hit the Oldsmar area.

As the second of its kind, the new Craft Street Kitchen features the same “seriously fun food” and “uncommon hospitality” offered at owner Jon Rehm’s 2-year-old flagship, but it’s bigger (square feet wise) and better, for those into larger draft selections.

Rehm, who grew up watching his pops in the business, dove into opening his own restaurant when he moved to Florida from Long Island. After some successful ventures, he wanted to expand, so when approached about the space at 3153 Curlew Road, he figured why not? Rehm says he loves the location, and the people that make up the Oldsmar community in particular.

With more than 20 beers on tap, Craft Street highlights a popular assortment of national brews, as well as local stalwarts like the Beach Blonde from 3 Daughters Brewing and Cigar City Brewing’s Maduro. The eatery, which also has martinis and wine, follows the garden-to-glass philosophy, refraining from the use of bottled juices or dried herbs in its “soon-to-be-classic” cocktails for the sake of freshness. The Smoked Old-Fashioned with Bulleit Bourbon, smoke essence, Demerara sugar and walnut bitters is a beloved drink brought over from the original Craft Street.

Patrons unfamiliar with the restaurant will discover dishes like salads, sandwiches, grilled flatbreads, pasta and burgers. The Buffalo cauliflower, French Onion Soup Rings and bourbon banana bread pudding are among the menu’s returning favorites, while one new item — the Ziggy sandwich with jerk chicken, smoked Gouda, avocado and more on jalapeño Cheddar bread — is making its debut.

Surprise specials will make an appearence on a monthly basis, and on Sundays, the restaurant opens early for brunch.

“We take good care of people. We want our guests to not only just enjoy the food, but the entire experience,” according to operating partner Danielle Becker.

Modeled after its swanky older sibling, the new spot has a rustic and comfortable feel. Old pipes snake around the building’s brick walls and wood grain, and in the evening, the soft lighting glows, which adds a homey element to it all. Patrons can choose to sit indoors or out, or take a break from their food and drinks to test out the tabletop shuffleboard hidden in a corner inside.

“This is our home,” general manager Josh Laslo says. “We love having people over.”