This year’s NBT marks the first time Jack White will rock Tampa as a solo artist, and his first gig here since his days with The White Stripes. 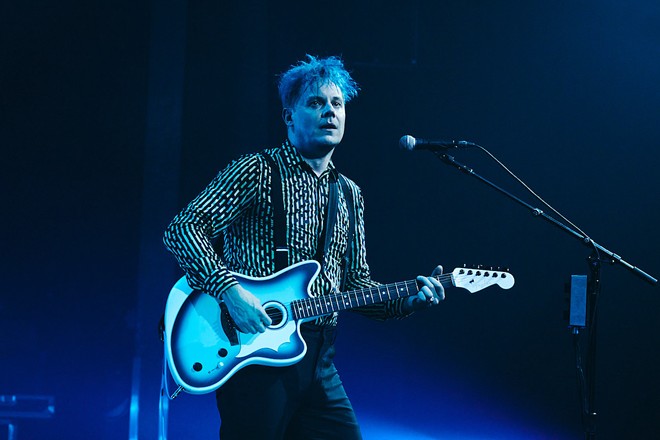 Photo by David James Swanson
Jack White plays Hard Rock Live in Orlando, Florida on Sept. 21, 2022.
After weeks of speculation and seemingly endless hype, 97X, which now broadcasts on 101.5 HD2, announced the lineup for its 21st annual Next Big Thing, a two-day happening at the MidFlorida Credit Union Amphitheatre in December.

Rock-rapper Machine Gun Kelly is set to headline day one on Dec. 3, along with support from NBT veteran band All Time Low and rising Tejano rock band Giovannie and the Hired Guns.

As for Sunday, Dec. 4., it’s Jack White at the forefront, along with the likes of Dirty Heads with Rome, Phoenix, and Yungblud—who performed at last year's NBT, and returns to Jannus Live in May—just to name a few.

This year’s NBT marks the first time Jack White—who just played Orlando—will rock Tampa as a solo artist, and his first gig here since his days with The White Stripes.