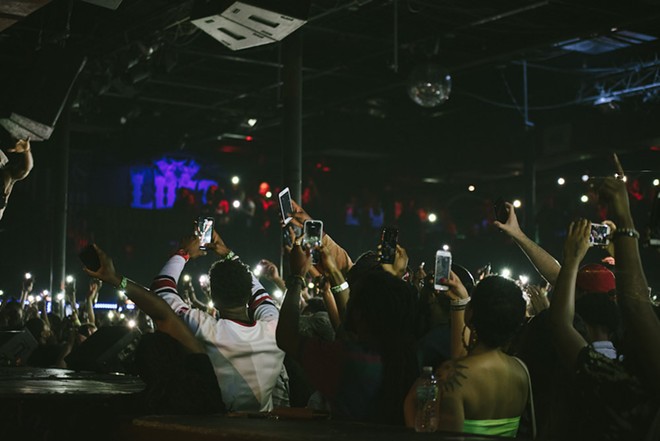 Gabby Santos
EarthGang @ Orpheum
The end of an era in Ybor City arrives next week when Orpheum hosts its last concert and dance party ahead of a move 10 miles north.

The sold-out, May 25 show from Suicide Silence is the final concert at Orpheum in Ybor, and Emo Night Brooklyn’s Friday, May 27 dance party is the last time doors will open at 1915 E 7th Ave.

Longtime fans of Orpheum in Ybor City should probably circle July 2’s Valient Thorr concert, too. The hard-partying North Carolina metal has played some of the most epic shows in Tampa Bay and will no doubt break the new Orpheum in proper.

“I’m definitely sad. I’ve lived in Tampa proper for 22 years and much of my musical life, my friends, are in Ybor City.” Dufrain said about the relocation. “But I’m excited, too. I mean, when we were told the news about moving it was a shock, because it’s always going to be a shock, but it’s not like I didn’t think about it over the last few years considering the way the neighborhood was going.”

Dufrain—who’s had a crew working on the renovations since he got the keys to the old Southern Ground Brick Bar & Party Deck early this year—would not talk about the potential capacity on the record, but the new Orpheum will be an indoor-outdoor venue not unlike Stubb’s BBQ, which is one of the most iconic venues in Austin, Texas.

He’ll keep the back wooden patio and has ESI working on the sound system. The bar staff from Orpheum in Ybor City is coming with him to the new North Tampa location, which is very close to Skipper’s, Brass Mug and just a short drive away from Pegasus Lounge.

“There’s four live music venues pretty much right next to each other here, and it’s a 10, 11-minute drive from Ybor—I know because I’ve been doing it nonstop,” Dufrain said. 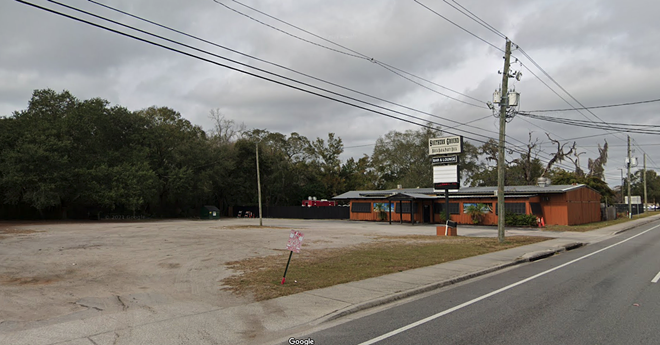 Photo via Google Maps
The Orpheum's new location is at the old Southern Ground Brick Bar & Party Deck in Tampa, Florida.
This isn’t the first move for Orpheum either. In 2011, it moved from a small corner parcel at the corner of 8th St. and Avenida Republica de Cuba to Seventh Avenue.

Over the course of 20 years, Orpheum has hosted thousands of bands in both its venues, including The Killers who played a last-minute set there in November 2019. When it moves out of the district, Ybor will be without a venue to accommodate shows too big for Crowbar (under 400 capacity) and too small for The Ritz (1,100 plus).

“When I moved out of my old house to my new one, I said I’d rather be rolled out then move again,” Dufrain said about his affinity for moving. “But we’re putting our backpacks on and marching out of Ybor, ready for  this exciting new chapter.”