After a hiatus, the music festival back at two venues in Tarpon Springs. 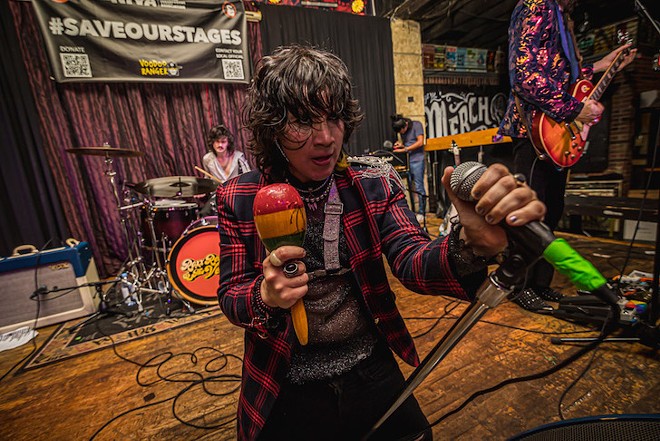 St. Pete-based rock duo New Brutarians is also on the bill, and the unabashedly takes after Def Leppard. Its logo is the same style and font, and the duo's forthcoming album is even titled Hysteria.
"I'm going to milk it for a ton of singles. I'm going to load with unreleased bonus tracks, just like Def Leppard in the 80s," lead vocalist Adam Turkel told Creative Loafing Tampa Bay. The new album—like much of the Brutarians' work—will sound just like a record straight outta the '70s, but not in a has-been way.