Also on the bill is Greg Billings, Shevonne & The Force, and of course, The Black Honkeys. 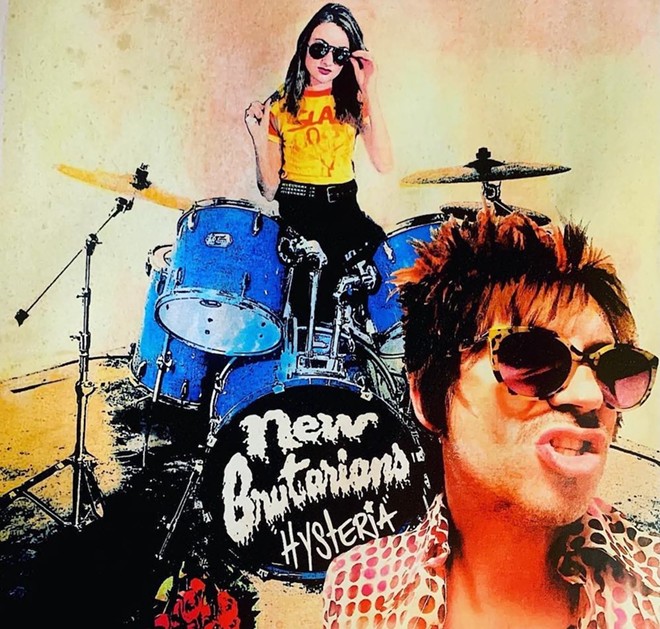 thenewbrutarians/Facebook
It’s no secret that St. Pete-based rock duo New Brutarians takes heavily after Def Leppard. Its logo is the same style and font, and the duo’s forthcoming album is even titled Hysteria.

“I’m going to milk it for a ton of singles. I’m going to load with unreleased bonus tracks, just like Def Leppard in the 80s,” lead vocalist Adam Turkel told Creative Loafing. The new album—like much of the New Brutarians’ work—will sound just like a record straight outta the ‘70s, but not in a has-been way.

If you’re interested in hearing some non-dated music, with the inclusion of a cover of Fleetwood Mac’s “Go Your Own Way,” The New Brutarians are on the bill at this year’s debut Tarpon Fest, taking place March 19 at the Greek town’s Neptune Lounge. Joining the duo will be "Deadpool"-featured Four Star Riot, Southern rock band Stonegrey, and Johnny Mile and the Kilometers—which just opened for Thelma & The Sleaze at Hooch & Hive this week.
Tickets are only $5, so if the Lumineers headlining the second day of Innings Fest doesn’t tickle your fancy, here’s another perfect opportunity to support local artists.