Supporters of 'All Night Jazz' on Tampa's WUSF 89.7-FM will host rally to save the show this week

It's last broadcast is scheduled for Sunday night. 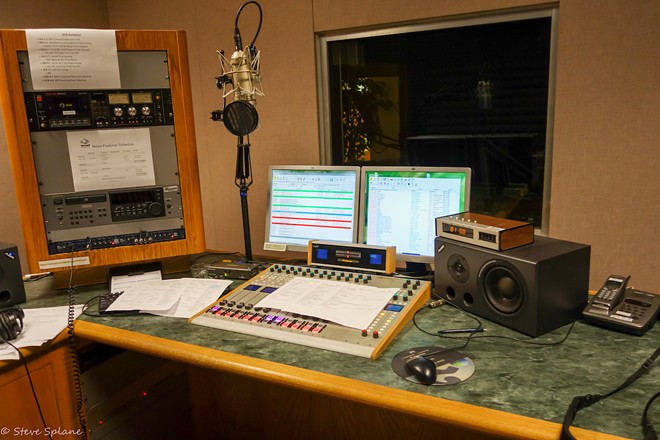 Photo c/o Steve Splane
WUSF Public Media studios in Tampa, Florida on Feb. 27, 2018.
With less than week before "All Night Jazz" is set to be pulled off the air, Tampa supporters have announced a rally to try and save programming that's brought jazz to generations of listeners, and supported the Bay area jazz scene, for the last 56 years.

The "Rally to Save All Night Jazz on WUSF" set for Thursday, Oct. 27 from noon-2 p.m. outside the station located at 4106 USF Willow Dr. on the Tampa campus of the University of South Florida. Organizers suggest parking at the school's Collins garage before meeting in front of the station (technically WRB 101, here are the coordinates).

Musician Cynthony Palmer has also organized a shuttle to drive attendees from a parking lot at 11707 Club Dr. to the WUSF building. "Look for a Corolla Cross SUV labelled JAZZ. Tips to the driver will be used to cover part of the service cost," pianist Pablo Arencibia told Creative Loafing Tampa Bay.

"Let's gather to show WUSF management how important it is to keep great jazz programming, presented by knowledgeable hosts, on our airwaves," organizers wrote.
"Come on out and support a great cause. Let's make some noise and be heard!"

Last week, WUSF General Manager JoAnn Urofsky told Creative Loafing Tampa Bay that jazz on WUSF 89.7-FM “will be replaced with great public radio programs beginning Monday, October 31.” She added that WUSF Jazz, which already has its own website and social media accounts, is moving to the station’s Arts Axis Florida hub, which has a significantly smaller following than any of All Night Jazz's webpages.

Critics of the decision say there's already enough news on the station and that what's being offered—national programs available elsewhere at the click of the button—is the antithesis of All Night Jazz which features music curated by local experts, for locals and in direct support of the local jazz scene.

WUSF DJ Steve Splane was the only All Night Jazz host who responded to a request for comment from CL, and was fired without cause the morning after his remarks were included in our story. Station management also  limited who can comment on the WUSF All Night Jazz Facebook page and took down a post that was beginning to receive negative comments. 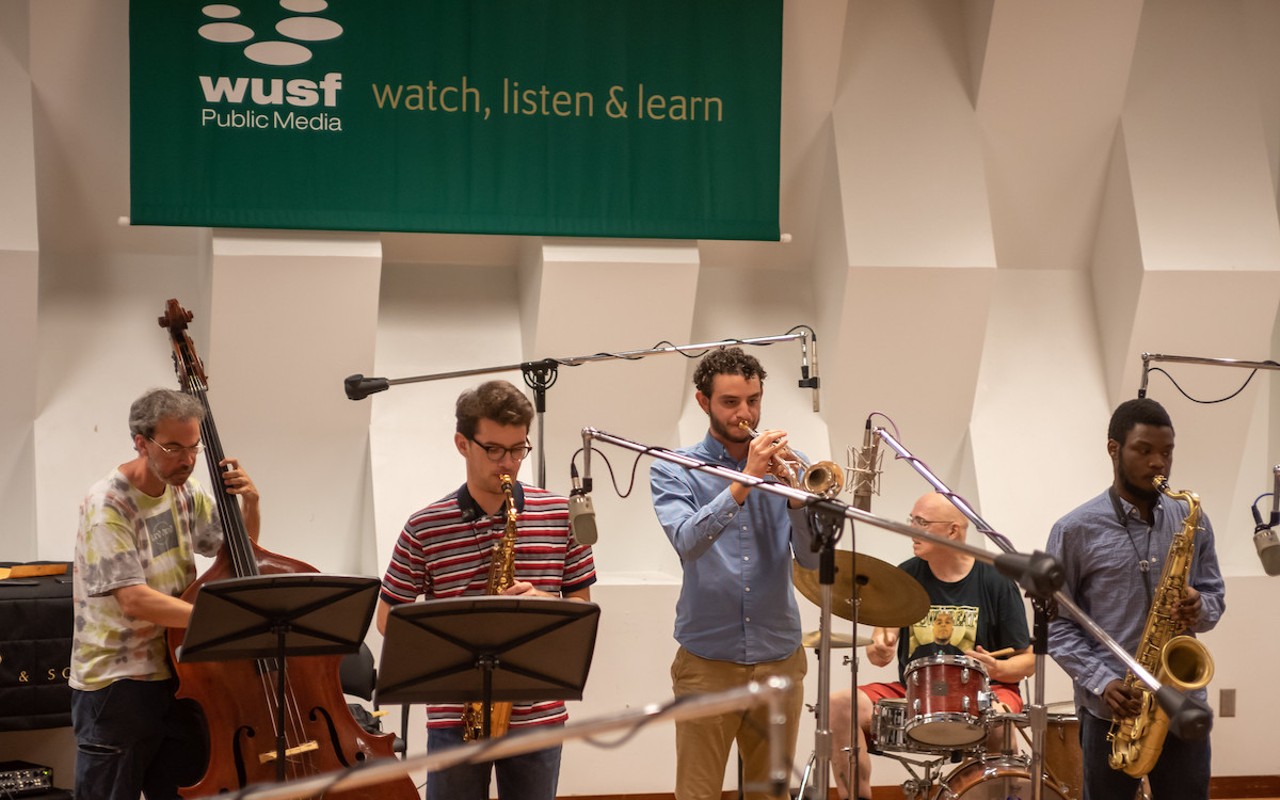 There’s now a movement to save Tampa’s ‘All Night Jazz’ on WUSF 89.7-FM: A petition has racked up more than 600 signatures in less than 24 hours.

Nearly 3,000 people have signed a week-old petition asking Urofsky to reconsider pulling All Night Jazz off the airwaves. The number of signees is in stark contrast to the Arts Axis Florida Facebook page which has collected less than 200 “likes” since it was created in December 2020.

In her latest comments to CL, Urofsky said WUSF is "grateful for all the jazz fans who have tuned in to WUSF 89.7 over the years," but said that the decision to change to an all-news format came after a thoughtful and thorough review of research and ratings.

"The most successful NPR stations in markets like ours use a single format on their station and the time had come for us to make this change. Listeners overwhelmingly want national and local news, along with insightful conversations, analysis and context of their world," Ufrosky added.

Michael Cornette, the former WUSF Jazz Director who retired late last year, told CL that when he was there, All Night Jazz’s share was always in the Top 10 during the 9 p.m.-midnight time frame.

Ufrosky has not responded to requests to see those survey results, research or ratings. She's also not answered questions about whether or not she consulted WUSF's Advisory Board before making the decision. Emails and calls to several members of the board—along with emails to station director Sheila Rue—who was in charge of WUNC in North Carolina when the station got pushback for cutting jazz back in 1995—have also gone unacknowledged.

Jennifer Condon USF's Deputy CFO and Controller is out of the office until Oct. 31—the first day without All Night Jazz—but Althea Johnson, the school's Assistant Director of Media Relations, told CL that, “The university’s longstanding policy states that WUSF programming decisions are the responsibility of WUSF station management. The policy was followed with the recent decision to move jazz programming to a new platform.”

Reaction to WUSF's decision to kill All Night Jazz on 89.7-FM has also reached the international jazz community.

Ted Gioia—renowned, award-winning author and jazz critic—shared the petition on his Twitter page, and told CL he was shocked by WUSF’s announcement, adding that jazz is more important to our culture now than ever before.

“The audience is growing, not shrinking. This is the time to reap the benefits of a half-century of jazz advocacy. It’s certainly not a time to walk away,” Gioia wrote in an email. “I could point to so many signs of the jazz resurgence. Just look at pop culture, where artists as diverse as Lady Gaga and Kendrick Lamar are turning to jazz for inspiration. Or look at films as diverse as ‘La La Land’ and Disney’s ‘Soul.’ Or just go out to the clubs and watch young people dancing to jazz bands everywhere from L.A. to London. Jazz is the most vital part of our culture today and it’s in the ascendancy again. The only people who haven’t figured that out are the bosses at WUSF.”

John McLaughlin, a guitarist who’s played with Mahavishnu Orchestra and Miles Davis, echoed Gioia’s sentiment about jazz being a cornerstone of American culture, and said he was saddened by WUSF’s decision.

“I do understand that news is important, but it is my personal conviction that we have become addicted to news and it is rarely good,” he told CL, saying the station should perhaps compromise. “I would hate to see yet another Jazz radio station disappear after 56 years of great music that is without doubt a real friend to the community.”
Bob Bakert, Executive Editor at Jazz Guitar Today, was more direct and asked, “What the hell are you doing?”