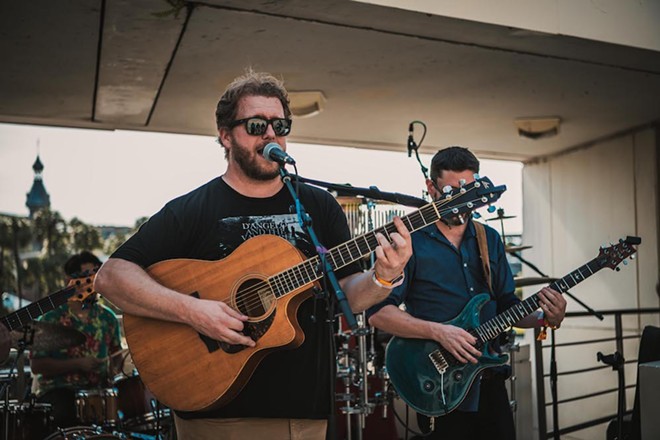 Chandler Culotta c/o Gasparilla Music Festival
Joe Roma of Road to Nowhere
WMNF 88.5-FM recently announced that its Ybor City festival Tropical Heatwave is coming back next year, but community radio station is reviving another event this weekend when Groovefest 2022 goes down at Tampa's Skipper's Smokehouse on Saturday, Aug. 27.

The event sees the station's Tuesday night Trip Strip programming—which features rock groups that go back 60 years, as well as jam bands, and bops to get high to in general—come alive.
Road To Nowhere—a local, well-loved Talking Heads tribute band—headlines Groovefest, along with modern psychedelic after-party legends The Snozzberries, and The Battered Chicken Band, which plays classic rock songs that aren’t played live by other local cover bands.