Incumbents don’t often lose their places on the bench. It’s rare for incumbent judges to lose re-election, but voters delivered an upset loss to Hillsborough County Circuit Judge Jared Smith, who found himself in local and national headlines this year.

In the Group 37 race of Hillsborough’s 13th Judicial Circuit, Smith—first appointed to the bench in 2017 by then Gov. Rick Scott—lost to Nancy L. Jacobs by more than 7,000 votes.

The campaign for Jacobs, a former state prosecutor who became a criminal defense and family law attorney in 1993, posted a simple election update noting the victory. In a phone call, Jacobs told Creative Loafing Tampa Bay, “I’m very happy with the results. I’m looking forward to serving the people of Hillsborough County.”

Smith’s loss came after the Tampa Bay Times editorial board recommended him despite admittedly being troubled by his decision to deny a 17-year-old an abortion, in part, because she had a C average. In its backing of Smith, the Times did not give any good reasons why Jacobs was unfit for the seat. 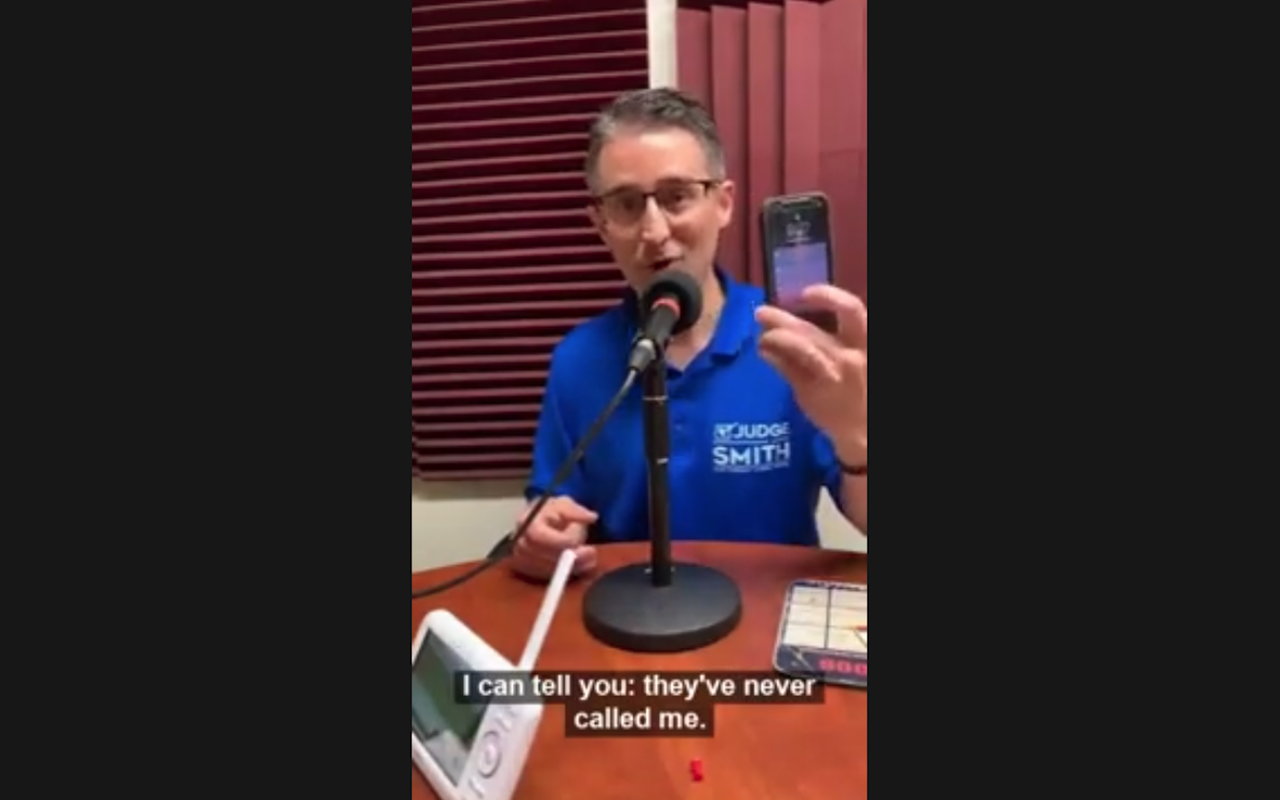 The upset also came after Smith’s public apology over a false claim he made about CL’s reporting surrounding the controversies in his campaign. During his campaign, a video surfaced showing Smith’s wife, with the judge standing next to her in a church full of people, saying that Jacobs, who is Jewish, "needs Jesus.” A “woke” attack ad aimed at Jacobs also came under scrutiny—which some experts say may have violated judicial canon—leading several of Smith’s high profile endorsements to rescind their support.

CL reached out to Smith and will update this post if a statement comes in.

On background, local politicos told CL that since 2008, only two incumbent Hillsborough judges have lost their seats to a challenger. Tampa city council member, retired Hillsborough judge revoke endorsements for Jared Smith ahead of election: 'My endorsement came before I learned certain things about him, and it does not stand.'

Incumbent judges often run unopposed, and when they do face a challenger, they usually have the backing of powerful leaders and institutions. In Smith’s case, supporters included the Times editorial board, former Mayor Bob Buckhorn, former Tampa Police Chief Brian Dugan and former Florida Gov. Bob Martinez. Still, Jacobs’ campaign was able to convince 107,327 people, more than 51% of voters, to disapprove of Smith’s behavior and give her a chance.

In other Hillsborough Circuit judicial races, incumbent Wesley Tibbals kept his Group 6 seat by a sizable margin, while Melissa Black will head to a runoff against Michael Isaak in November.

Across the bridge, Della Cope (Group 1) will advanced to a November runoff to join the circuit where Judge Kathy Hessinger handily kept her Group 13 seat.