Native Americans say the monument is a step in the right direction, but that more can be done. 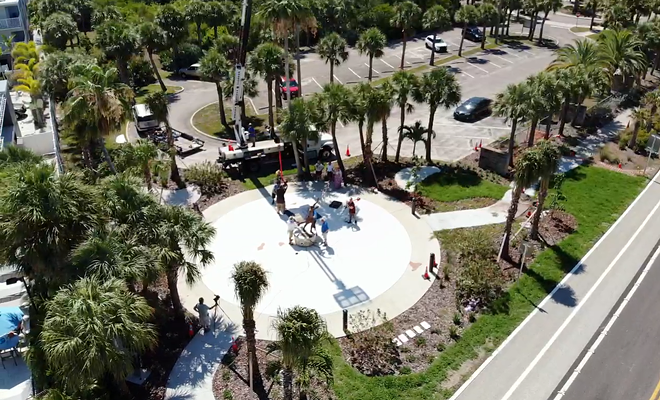 This site at Indian Shores where the monument will be unveiled later this month.

On June 16, the Pinellas beach town of Indian Shores will unveil a monument to the neighborhood's original inhabitants—the Tocobaga people.

According to a joint press release from the town of Indian Shores, which was named after the Native people who once occupied the area, and Legacy Vacation Resorts, the monument will feature a plaza with a grand arch, informational kiosks, a sundial, benches and a bronze sculpture depicting a Tocobaga family.

The unveiling will take place on June 16 at 10 a.m. at James L. Lawrence Veterans Memorial Park, located at 19601 Gulf Blvd.

"Regardless of which destination you travel to across the United States, you are visiting the grounds and ancestral territories of Indigenous and Native peoples," a press release from the organizations read. "As such, it is important to reflect on the significance of what that means and honor the rich cultural heritage of the land."

The groups funding the memorial hope it will serve as a place for the community to gather and reflect on the rich history of the Tocobaga, who inhabited the Tampa Bay area as hunter gatherers before Spanish colonizers, "brought disease and violence to the tribe's peaceful existence," according to the University of South Florida.

The monument will have signage with a land acknowledgement statement, and will include a new sidewalk sponsored by the resort to provide a guided walking path with direct beach access. The plaza was designed by local artist Steve Graff and the bronze sculpture was handcrafted by artist Geza Gaspar. 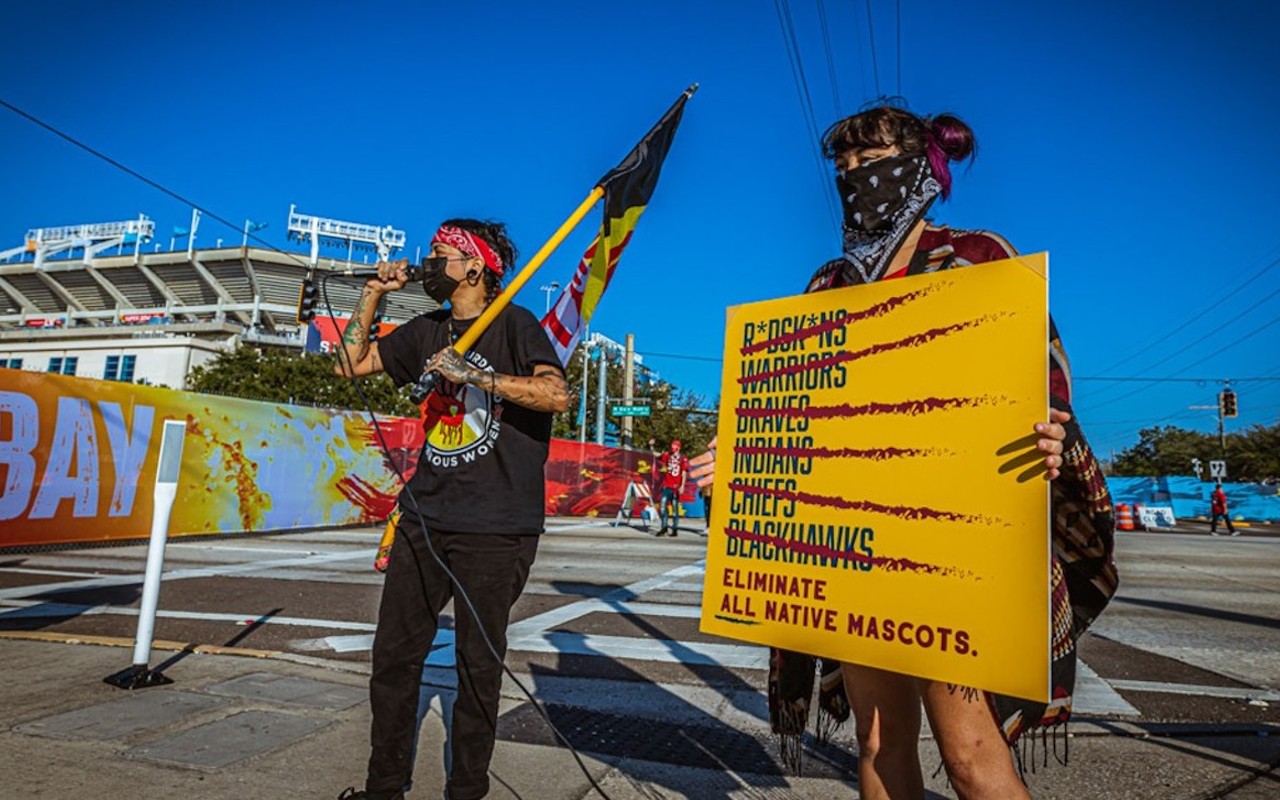 Tampa Bay Indigenous group will protest schools using Natives as mascots: The action will happen on June 21 at the Hillsborough County School Board Meeting.

Murphy said that while the town and resort's intentions are clearly positive, it should also be acknowledged that the Indigenous peoples of Florida did not just fade away and disappear.

The Tocobaga, Timucua, Calusa and Ais peoples in Florida  faced horrendous and purposeful genocide at the hands of colonizers for two centuries. Their descendants today are among the Seminole and Miccosukee people.

"I doubt this monument will acknowledge that reality," Murphy said. "However, the fact that they are erecting a monument to the Indigenous peoples of Florida is an extremely unique and a positive step."

Murphy said that there needs to be a greater understanding of the issues facing the Indigenous community, from the use of Natives as mascots locally and nationally, to Native cemetery desecration and the remains of Native children's bodies being found at American and Canadian boarding schools.

The town of Indian Shores and Legacy Vacations resort say that the endeavor is just a first step to better honor Native peoples and Indigenous lands.

"Ultimately, the goal of the monument is to help all who visit enrich their understanding and appreciation for cultures, people and places that are different from their own, and discover an authentic sense of place," the press release read.

Around Tampa Bay, there are some statues and monuments to Native people, as well as brutal, murdering colonizers like Ponce De Leon and Christopher Columbus, who was a known pedophile. After protest, St. Pete removed its Christopher Columbus statue. But the City of Tampa still defends its Columbus Statue Park in South Tampa.


Indian Shores chose to honor Native people as part of an effort to help educate locals on the real history of the first inhabitants of Florida.

"To acknowledge the Tocobaga’s history is essential to understanding and appreciating their mark on these Native lands," the press release read. "This project will support guest and visitor education as well as the preservation of the history of the Indigenous people who inhabited the land before us. "