'They said I missed my court date and I was going to jail because of it.' HCSO/Facebook
An HCSO cruiser during a traffic stop.

During day seven of the federal trial for the wrongful death of Andrew Joseph III, the judge overseeing the case scolded Hillsborough County Sheriff’s Office for arresting a witness against the court’s wishes.

Yesterday, Major Frank Losat, who is representing Chad Chronister at the trial, testified that he told an unnamed HCSO officer the department should arrest a witness named Jordan Porrino, who the sheriff’s defense team couldn’t get in contact with.

Porrino was friends with Joseph and saw him just before HCSO took the 14-year-old into custody and ejected him from the Florida State Fair on Feb. 7 2014, despite no evidence of him committing a crime. Joseph died later that night on I-4 while trying to find his way home, after an HCSO deputy allegedly told him and his friend that they had to cross the interstate to get back to their ride.

Judge Mary Scriven had ordered a bench warrant for the witness yesterday at the request of HCSO’s defense team. The warrant, she said in court, was supposed to be carried out by Federal Marshalls, not HCSO. Losat was in court that day and heard Scriven’s decision. 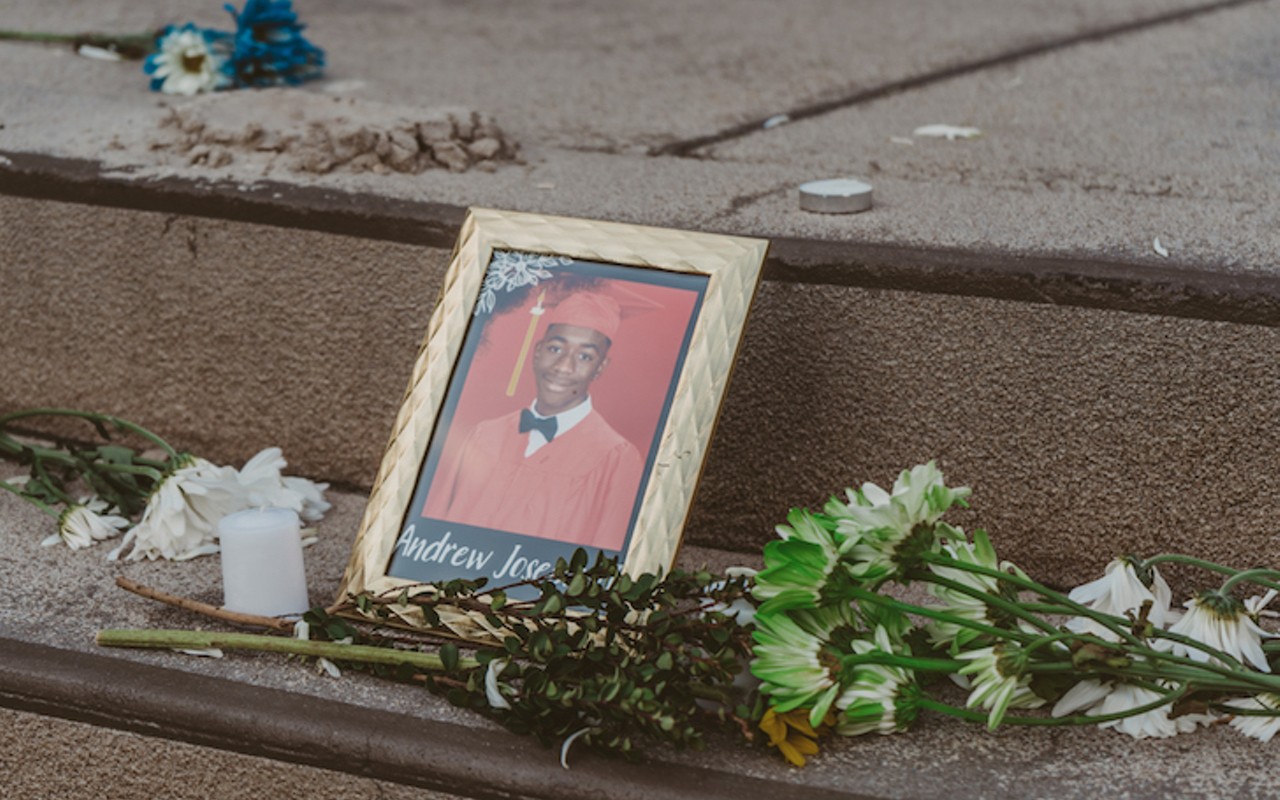 But he still saw it proper to override the judge’s wishes and call a deputy to tell him to arrest the witness.

“They [HCSO] were not asked to execute the bench warrant,” Scriven told HCSO’s defense team. The judge pointed out that she was taken aback by the fact that HCSO “went and removed the young lady” from her house without any permission from the court.

“Who in this courtroom notified HCSO?” Scriven asked.

Losat spoke up, and Scriven reminded him that he was under oath, then she said, “Actually, you can take the stand.”

Losat took the stand and when asked by Scriven if he was the one who had notified HCSO of the warrant, he said, “All I did was make a phone call.”

He admitted that he called an HCSO deputy and told him that a bench warrant was issued. Scriven said that nobody from HCSO was supposed to be involved in bringing the witness to court.

She wondered if Losat had thought about how Porrino would feel being arrested before testifying at a wrongful death trial regarding her friend, who died after being detained and ejected from the fair by HCSO.

“I just don’t understand how that wouldn’t play into your thought process,” she said to Losat.

She said that HCSO had abused the bench warrant when the department sent out several units to pick Porrino up. She asked the HCSO legal team if they were aware of Losat’s actions. “We were not aware of it,” said Bob Fulton, one of the lawyers representing HCSO.

Guy Rubin, a lawyer representing the Joseph family, referred to the behavior as “intimidation and harassment of a witness” and said the legal team was “flabbergasted.”

Outside of the view of the jury, Porrino was called into the courtroom. She said “at least six” HCSO officers arrived at her door sometime between 5 p.m. and 6 p.m. yesterday. She said she was arrested, and wasn’t told why until she got into the car.

“They said I missed my court date and I was going to jail because of it,” Porrino said.

As to why she had missed her date, Porrino said, “In all honesty it slipped my mind. I never meant to cause all this trouble.”

She said she had not received any messages or voicemails from HCSO defense team, who said that lawyers called a cellphone number they had on file from 2017, when she gave her deposition about the case.

“I was scared, and didn’t know what was going on at first,” Porrino said.

She said she was with deputies about three or four hours before the arrest was called off, and that she was not officially processed in the jail.

After she spoke, Rubin said that her testimony was “tainted” because of HCSO behavior.

The defense eventually capitulated and agreed to release Porrino from being a witness in front of the jury, and instead read her deposition from 2017.

The reading of her deposition to the jury included her interaction with Joseph the night that he died. 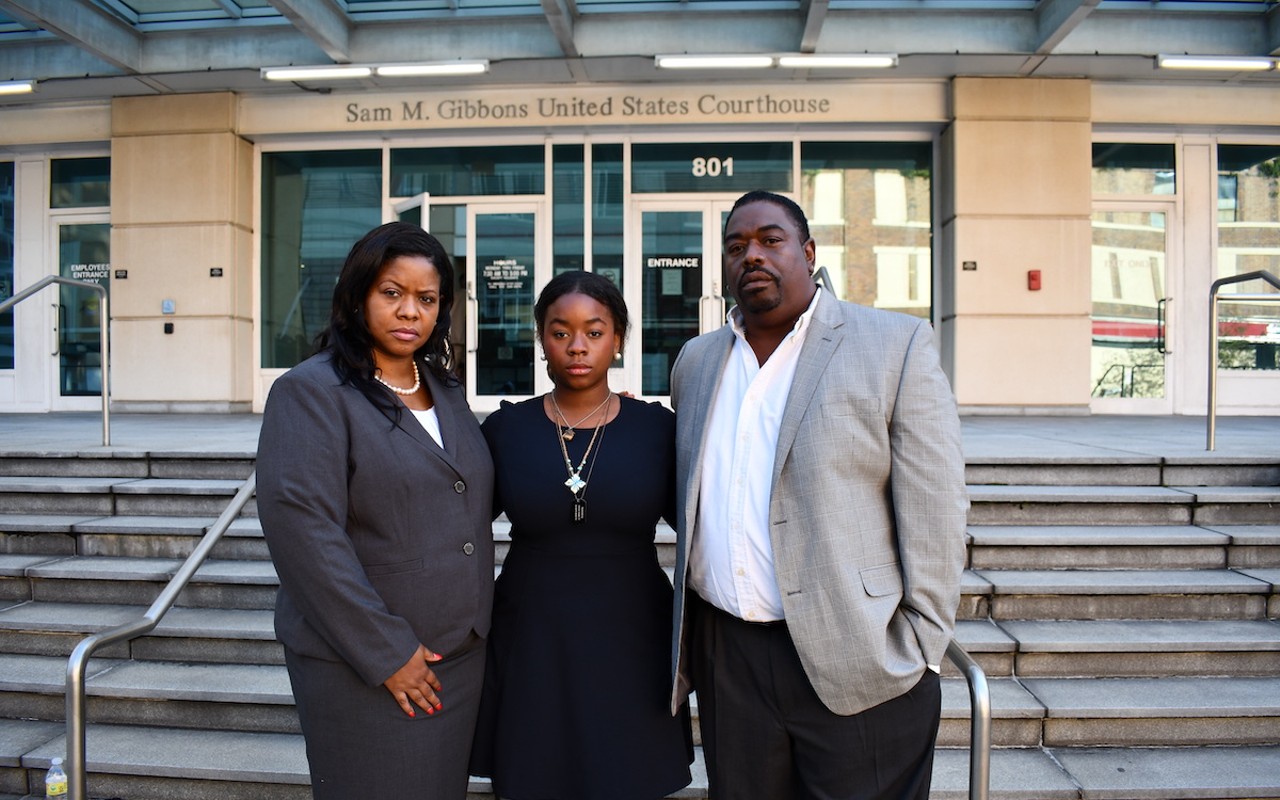 In February of 2014, She had been hanging out with Joseph at the fair for about 30 minutes. During that time they were just having fun, she said, taking pictures and talking. The court was shown a photo of her, Joseph and two other friends laughing.

She said Joseph and his friend, Corey Thornton, were not causing any trouble when they were hanging out together. But when Joseph saw his friends getting dragged away by HCSO, Porrino claimed that Joseph started walking toward them. She walked along with him, until Joseph started running to check on his friends, she said.

That was the last time she saw her friend.

This afternoon, HCSO responded via social media to the claim that the department executed the warrant against the court's wishes.

“Contrary to current reports, the Hillsborough County Sheriff's Office acted in accordance with a lawful court order to arrest Jordan Porrino 'without unnecessary delay,' according to the signed arrest warrant on September 19, 2022, from Judge Mary Scriven,” HCSO wrote. “The Hillsborough County Sheriff's Office also received direct instructions from the U.S. Marshals Service to serve the warrant ‘as soon as possible.’”

On a phone call, an HCSO spokesperson told Creative Loafing Tampa Bay that deputies received an email to execute the warrant, but added that this reporter would have to wait for a records request to confirm. When asked if the email was sent by the same person that Major Losat had called, the spokesperson said that they couldn’t confirm or deny.

Since the trial started last week, Hillsborough Deputies have been caught telling conflicting stories, and Judge Scriven told HCSO defense lawyers, “You can’t manufacture facts.” One of the commanding officers involved that night also said that individual deputies should be able to interpret state laws at their own discretion.