The new commissioners will be sworn in on November 22. 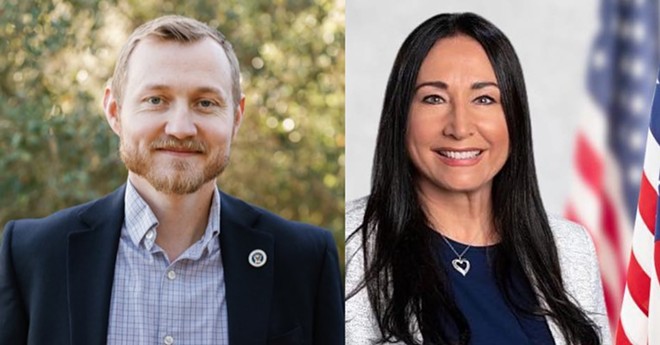 Last week, two Republicans beat their Democratic opponents to make the Hillsborough Board of County Commissioners a majority red.

Joshua Wostal defeated incumbent Kimberly Overman in District 7, and Donna Cameron Cepeda beat incumbent Mariella Smith in District 5—both are countywide seats. Their wins fell in line with a trend of Republican victories across the state, and the new commissioners are set to be sworn in on Nov. 22.

Both commissioners will be tasked with overseeing the entire county, and making major decisions for more than 1.4 million residents, plus people who travel through the county on a daily basis. They will have the opportunity to sit on county boards that involve transit, safety, public housing and more.

While Wostal and Cepeda have not yet agreed to an interview with Creative Loafing Tampa Bay, their public statements and social media posts show praise for far-right leaders, antagonism toward other local elected officials, aversion toward infrastructure taxes and opposition to past COVID-19 safety measures.

Wostal, a 38-year-old Navy veteran businessman who owns a UPS store, has argued against new taxes—especially in regards to the recently failed transportation tax that some commissioners argued would improve Hillsborough’s decrepit public transit.

On social media, he constantly criticized his opponent Overman for championing the tax referendum, making that a focal point of his campaign. Wostal has also publicly claimed he’s friends with Karen Jaroch, a member of the conservative activist group Heritage Action for America, who filed a recent lawsuit against the county over the transit tax.

When he won, the Tampa Bay Young Republicans celebrated his victory, claiming him as one of their own. Wostal has also sounded off several times against COVID-19 lockdowns that occurred during the height of the pandemic. On July 4 of this year, he wrote a post disparaging those who supported past COVID-19 lockdowns, in particular Overman.

“Anyone that voted for lockdowns and mandates opposes the very meaning of Independence Day,” he wrote.

Wostal has called Tampa Mayor Jane Castor “far left” even though she is a former Republican and police chief. Multiple times in public posts, he condemned Castor’s protective policies implemented during the height of the COVID-19 pandemic.

On Twitter, he also shared a story about Mayor Castor and criticized the city’s Rental and Move-In Assistance Program, which helped hundreds of families avoid homelessness as rental and home prices surge.

“Essentially, taxpayers subsidized others' moves, even if they themselves are struggling to keep by,” Wostal wrote. “Socialism, making every American poorer together, one tax excuse at a time.”

When asked via email for a response to Wostal’s public criticisms of Castor, City of Tampa Communications Director Adam Smith wrote, “The mayor has an excellent, collaborative relationship with the County Commission and looks forward to continuing that productive relationship on behalf of our community.”

“End the welfare state,” Wostal, who refers to himself as a “budget guru,” wrote in a quote Tweet of Kirk.

The Tampa Bay Times recommended Wostal during his primary run against his Republican opponent Chase Harrison, with the paper focusing on Wostal’s pushback against COVID-19 lockdowns.

The Times then endorsed Overman during the general election, but still praised Wostal.

“For a first-time candidate, he has a solid grasp of how the county bureaucracy works and a clear plan for governing,” the Times Editorial Board wrote. “Wostal vows to make smarter spending decisions, committing more of the budget to core infrastructure needs.”

Wostal told the Times he didn’t become politically active until Hillary Clinton ran for president against Donald Trump in 2016, and he didn’t vote in Florida until 2018.

Before his win, Wostal was endorsed by powerful groups like the Police Benevolent Association and the AFSCME Florida, a farmworker Labor Union. 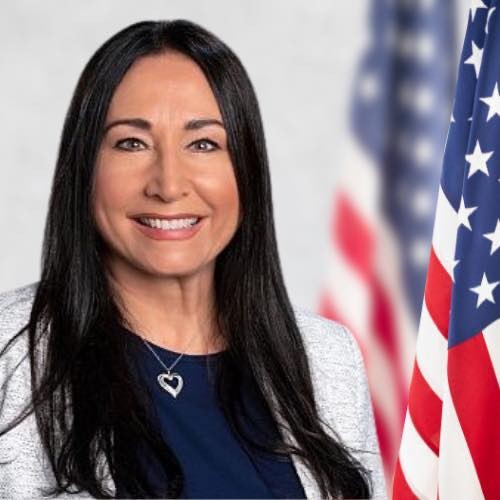 Cepeda, a 59-year-old Army veteran, has not been as active on social media, but in the few posts she’s made on Twitter, she’s spoken against wearing masks and against past COVID-19 restrictions. Her campaign page breaks down her stances, some of which are similar to Wostal’s.

Like her fellow commissioner, she has called for no new taxes and to fix Hillsborough County’s roads using the current county budget. Her eight-point campaign platform says she is pro-life and that life begins “at the moment of conception.” Cepeda wants to “secure the borders” and seeks to stop the “transgenderism agenda.”

In an interview with News Talk Florida about why she was running for commissioner, Cepeda expressed disdain for lockdowns during the height of the COVID-19 pandemic.

“Hillsborough County wanted all churches to stay closed,” Cepeda said. “This was unconstitutional. The churches were opened only when the county was threatened with lawsuits. Can you imagine a city without the organization of church for spiritual and community assistance? These leaders should be held accountable.”

Cepeda, who has a doctorate degree from Life Christian University based in Lutz, also spoke against COVID-19 vaccine mandates, and against the local government taxing its citizens.

“Amid the rise of Inflation, the county desires to raise your taxes,” Cepeda wrote. “They think they can spend it better than you. I disagree. We can be good stewards of our own money and vote on how we want them to spend our tax dollars.”

When the Times endorsed Commissioner Mariella Smith over Cepeda, the paper criticized Cepeda’s platform points on her website.

“None of this has anything to do with the pressing issues the county faces, and voters should not consider her a serious choice,” the Times wrote.

Still, Cepeda won, by more than five percentage points, or more than 25,000 votes. Wostal defeated Overman by more than 22,000 votes. After the election, Overman told CL that Republicans showed up in large numbers to vote along party lines.

“It was the battle of the down ballot vote,” Overman said. “The DeSantis campaign and the Republican Party of Florida successfully funded distribution of voter guides which recommended voting all Republican, even if people didn’t know who they are.”

Wostal agreed with Overman’s sentiment in a Times article about his win, and acknowledged riding the coattails of DeSantis during an interview.

“Absolutely,” he said. “The number one question I was asked while campaigning in Hillsborough, which is concerning, is “Oh, what is a county commissioner?’ That just shows you that on these down ballot races, most people don’t know how much a county commissioner can impact their local quality of life.”

After Democrats were pummeled across the state, the Democratic Progressive Caucus of Florida is now calling for Manny Diaz, the Chair of the Florida Democratic Party, to resign.

Overman said that she worries that her Republican counterparts have made a lot of claims on the campaign trail, but that in office, they may find themselves in a reality that they aren’t prepared for.

“You’re going to have new people in there who have no idea how running a county this large actually works,” she said.