Peltier is an Indigenous activist wrongfully imprisoned and incarcerated in Coleman Correctional Institution about an hour north of Tampa.

In front of the Sam Gibbons Federal Courthouse in downtown Tampa, Indigenous activists and allies gathered today to demand the release of Leonard Peltier.

Peltier is an Indigenous activist wrongfully imprisoned and incarcerated in Coleman Correctional Institution about an hour north of Tampa. His trial and conviction for killing three FBI agents is one of the most unjust in American history, and a former FBI prosecutor on his case even called for his clemency in 2017. Justice groups from around the world and public figures from Nelson Mandela to Robert Redford have called for his release.

After decades of demands for his release and already existing health problems, the 77-year-old caught COVID-19 last week. Around 20 people gathered on Monday to demand Peltier be released from prison and be transported to a hospital to receive proper care.

"If Leonard Peltier dies in prison, God help us," said Carol Gokee, co-director of the Leonard Peltier International Defense Committee (LPIDC). "America is watching , Joe Biden, it's up to you to release this man."

Biden, along with every other U.S. president, has ignored the calls from around the world for Peltier's release, after his farce of a trial was exposed for what it was.

Peltier was on the Pine-Ridge Reservation in South Dakota when the FBI raided the land and  and began conflict with members of the Oglala Lakota Nation, including women and children, in 1975. The indigenous people protested, and a gunfight ensued. Several natives and two FBI agents were killed as a result of the conflict. 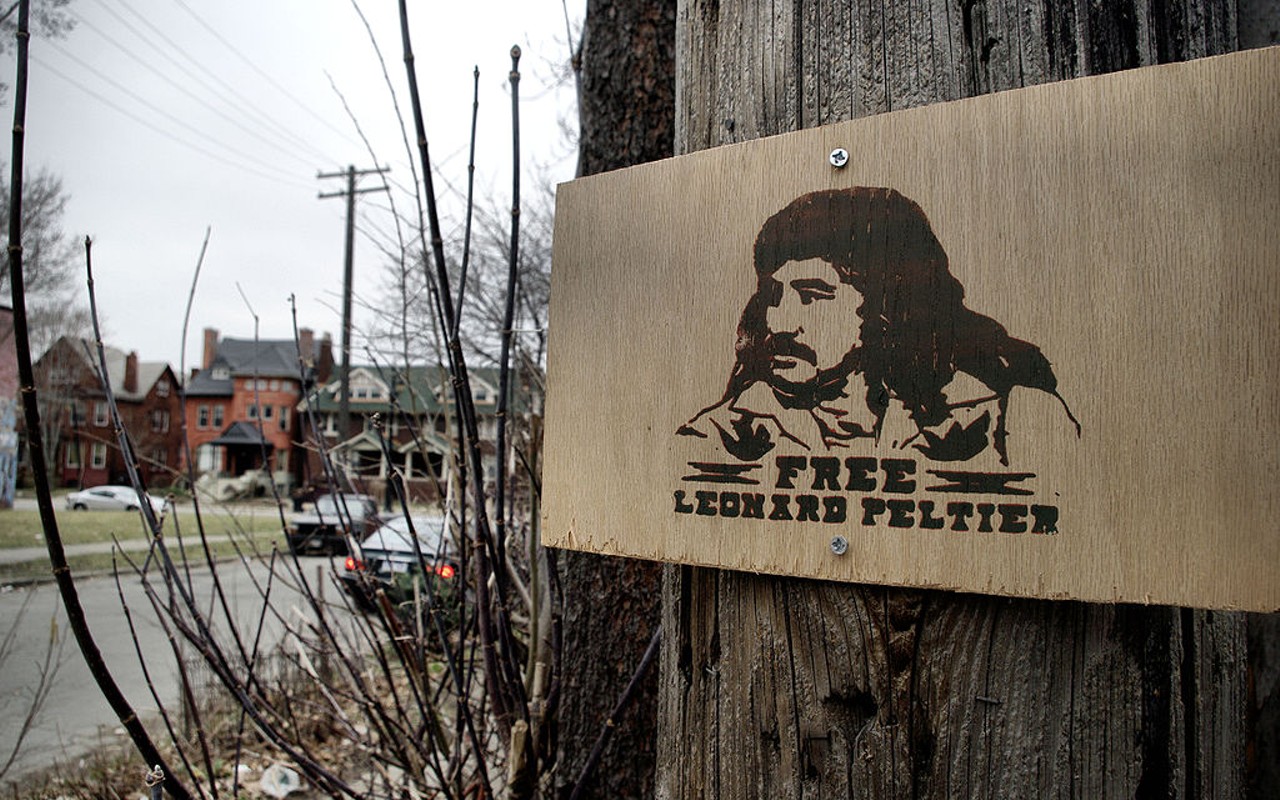 Tampa Bay activists to host a 'Free Leonard Peltier' event and film screening this month: Peltier is an Indigenous prisoner still being held despite calls from around the world for his release.


There was never any evidence that Peltier killed the agents, but in a trial that is known for the coercion of FBI witnesses, and numerous instances of tampering with evidence, Peltier was found guilty. He was convicted in 1977 and has been in jail ever since. His health is deteriorating while the U.S. ignores demands for his release.

Jean Roach of the Cheyenne River Sioux Tribe was there that day that the FBI enacted violence on her kin.

"We barely all survived," she said. "Most of us were teenagers, and nothing has ever been done about the wrongdoings of the FBI when they attacked or people. Leonard Peltier only protected us. What's wrong with that?"

Roach also directs the LPIDC, and has been fighting for his release ever since that day.

Members of the Florida Indigenous Alliance (FIA) also spoke at the event, highlighting the tragedy of Peltier's incarceration, and asking what has to be done for justice to be won.

"What Leonard stands for is what scares them," said Robert Rosa of FIA, referencing the dominant colonial society and the forces the hold Peltier behind bars. "If he scares them, how many of us will it take standing up to scare them into letting him go home?"

Members of the Party for Socialism and Liberation were at the event in support— including former presidential candidate Gloria La Riva—and  they held signs calling on the U.S. Government to release Peltier.

There were several calls to action throughout the event, where members of all the groups asked people in Florida, and across the country, to get involved with Peltier's struggle for freedom—before it's too late.


"It's up to everybody to reach out to their congressman, reach out to the President, call the comment line," said Gokee. "Send emails. Don't think it's futile because every email you send adds weight to those requests."

During the event, the long history of death at the hands of colonization was referenced multiple times, and the Indigenous leaders likened Peltier's situation to an ongoing war against Native American people.

"We're tired of it," said Roach. "What year is this? The colonization and genocide have to stop."

Tonight, activists will host another event in St. Pete to play a documentary about the history behind Peltier's unjust trial and once again call for action.