By Arielle Stevenson and Dave Decker

The mass demonstration, organized by the People’s Council of St. Petersburg, came after residents voted to escalate cries for rent control amid rising rental costs. More vigil than protest, locals like Carolyn Ballinger (pictured above) shared stories in hopes someone inside city hall might help. Ballinger, who’s disabled, her disabled daughter and 5-year-old granddaughter received a notice of non-renewal for their rental four days before Christmas last year.

Their income is $50-$75 too much to qualify for rental vouchers recently motioned for by city council from the American Rescue Plan Act, designated for those making 60% AMI or below (around $60,000). But Ballinger’s family doesn’t make enough to get into regular housing running costing close to $1,800 a month (which requires proof of income at three times that amount) either.

“We’re stuck making too much for affordable housing,” Ballinger said, “and not enough for regular housing.”

She, like many in St. Pete, are left with nowhere to go and no city-funded programs to help those caught in-between. That’s why she’s speaking up for the city’s seniors, folks on disability, and workers that find themselves struggling with stagnant wages and rising housing costs.

“If we have no homes, they have no services,” Ballinger said. “They get to clean their own toilets. They get to cut their own lawns. Because we are the people that keep the city running.”

Tangela Butler (pictured above) has worked as school bus driver in Pinellas County Schools for over 17 years. Last month, Butler spoke about being on the brink of homelessness despite working full-time. She’s since found housing for an increased $500 a month in rent from her previous home. She got a raise last year, 50-cents an hour, which isn’t enough to cover the raised rent but she’s grateful to have found something.

“I joined this fight when I found myself in the struggle as well,” Butler said. “It’s ridiculous how many children are homeless, I stop my bus and I watch kids walk through the gates of motels because that’s where they have to stay. They don’t have a home.”

Butler runs the Renters Lives Matter Facebook page, where many in the area tell their stories. She says single moms on Section 8 housing are losing their certificates when they’re only given three months to use them.

“These women have waited on these lists for years,” Butler said. “They finally get their voucher and they get kicked off because they can’t find a place.”

Voices calling for homes could be heard by the City Council inside city hall chambers, during the council’s weekly meeting. Citing legal concerns, last week’s Housing, Land Use, and Transportation Committee voted down a motion by council member Richie Floyd to declare a housing state of emergency for consideration by the full council.

Nick Carey, organizer with Faith in Florida and People’s Council of St. Petersburg, was in city hall and spoke to the council about the city's refusal to recognize, even if only through symbolic means, the state of crisis facing many just outside.

“We are outside demonstrating because we’ve petitioned our government by every means we know how to and we need help now,” Carey said Thursday. “The people outside right now need to know what the plan is to stop them from being displaced.”

Council didn’t discuss Carey’s comments or even acknowledge the residents gathered outside. Instead, they moved on, wishing council member Deborah Figgs-Sanders a happy birthday before adjourning for the night. Floyd, for his part, did step outside city hall after the meeting to speak with protesters.

“They decided with their vote not to name this the emergency that it is,” Oliver said. “Shame on them. Anytime we hear electeds tell us, ‘that goes too far,’ it’s always the electeds that benefit from the status quo staying the same.”

Members of the People's Council ultimately voted to escalate if the city doesn’t take action before their next meeting. If St. Pete’s real estate fox continues to guard the affordable housing hen house, citizens plan to respond accordingly. The People’s Council gathered signatures from citizens willing to occupy a tent city on city hall’s steps, knowing the risk of arrest. For many, arrest is a lesser risk than sitting and waiting for St. Pete's leadership to act on the housing crisis. 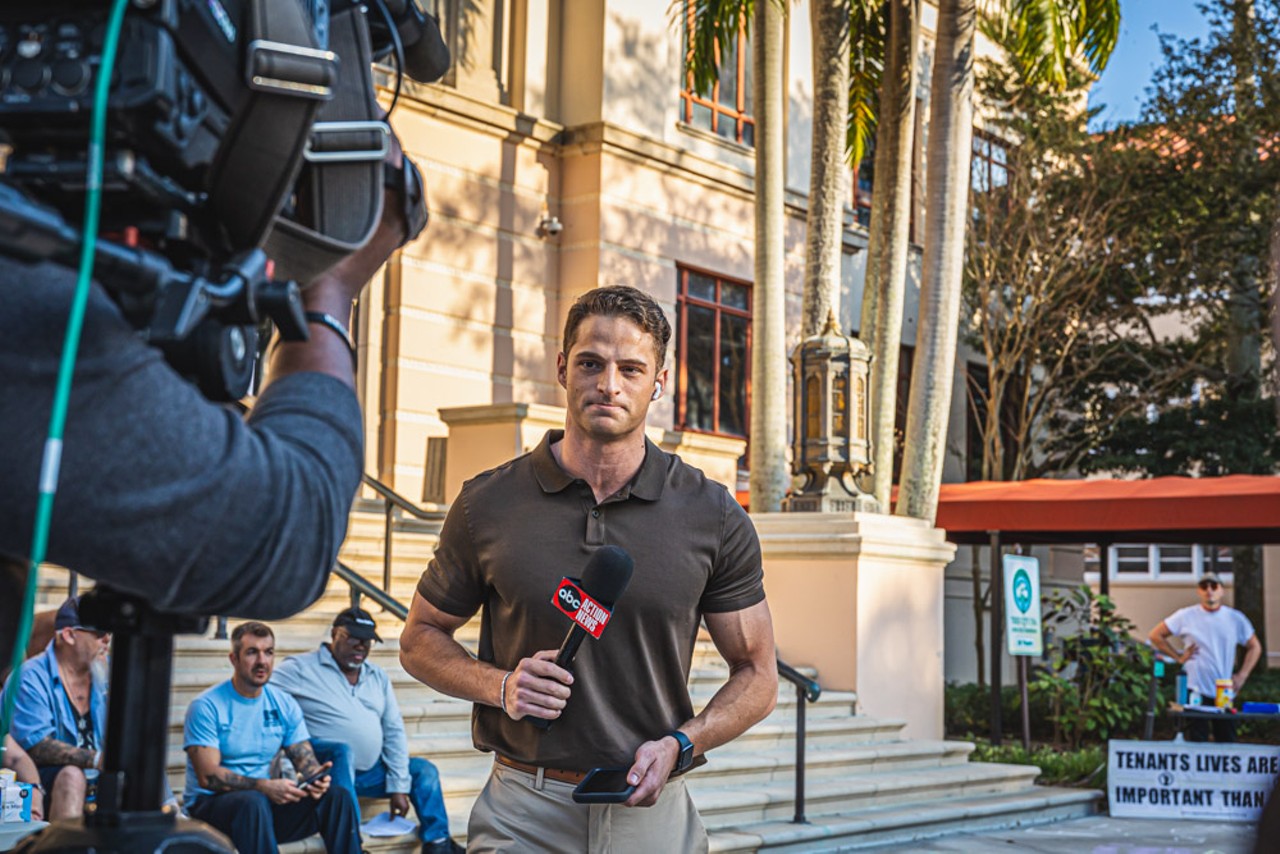 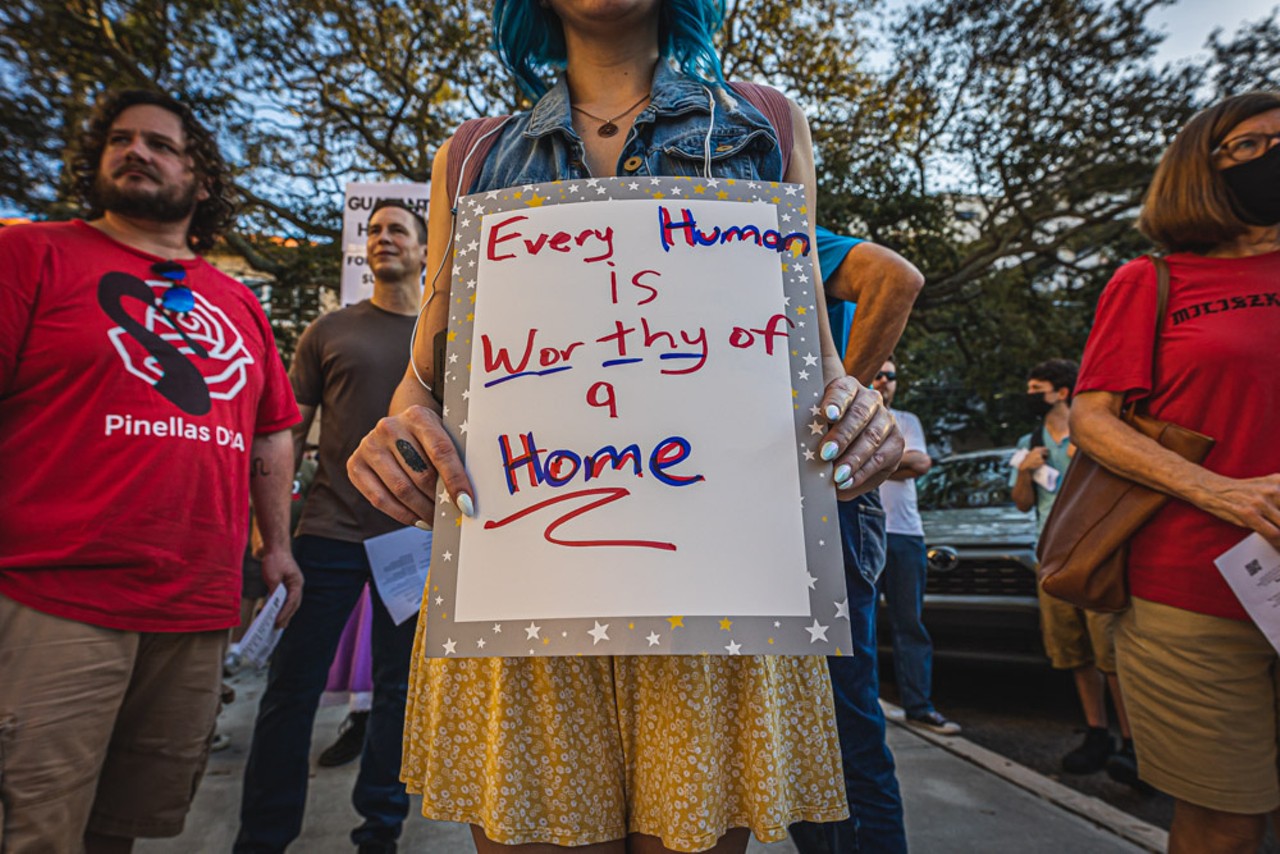 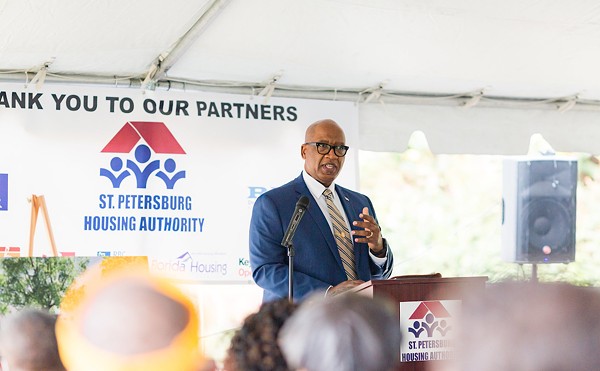