A pretty unique Florida home that would warrant an insanely large tip on UberEats was recently featured on Zillow Gone Wild.

Located at 1 E Sister Rock Is, in Monroe, the island home sits on what's called "East Sister Rock," which is actually about a quarter mile offshore from Marathon. As you can see,  it's only accessible by boat or helicopter, so a quick trip to the grocery store isn't really possible.

But the good news is the 2,304-square-foot house is totally self sufficient with solar and wind energy generators. The island retreat comes three bedrooms and two bathrooms, as well as a 2,880-square-foot wraparound covered deck, a pool and sundeck, a one-bedroom, one-bathroom guesthouse with bunkbeds in the kitchen, a helipad, a dock, and a 21-foot Catalina skiff.

Most recently, the house has been used as an Airbnb rental, with rates starting at $1,429 a night.

Followers of the popular Zillow Gone Wild social media page seemed to mostly approve of the island getaway, though many pointed out that "it's not close enough to Target," and it's "great until the first hurricane rolls around."

The home is currently asking $11,700,000, and the listing agents are Adam Levy and Alexander Isaia of BHHS EWM Realty. 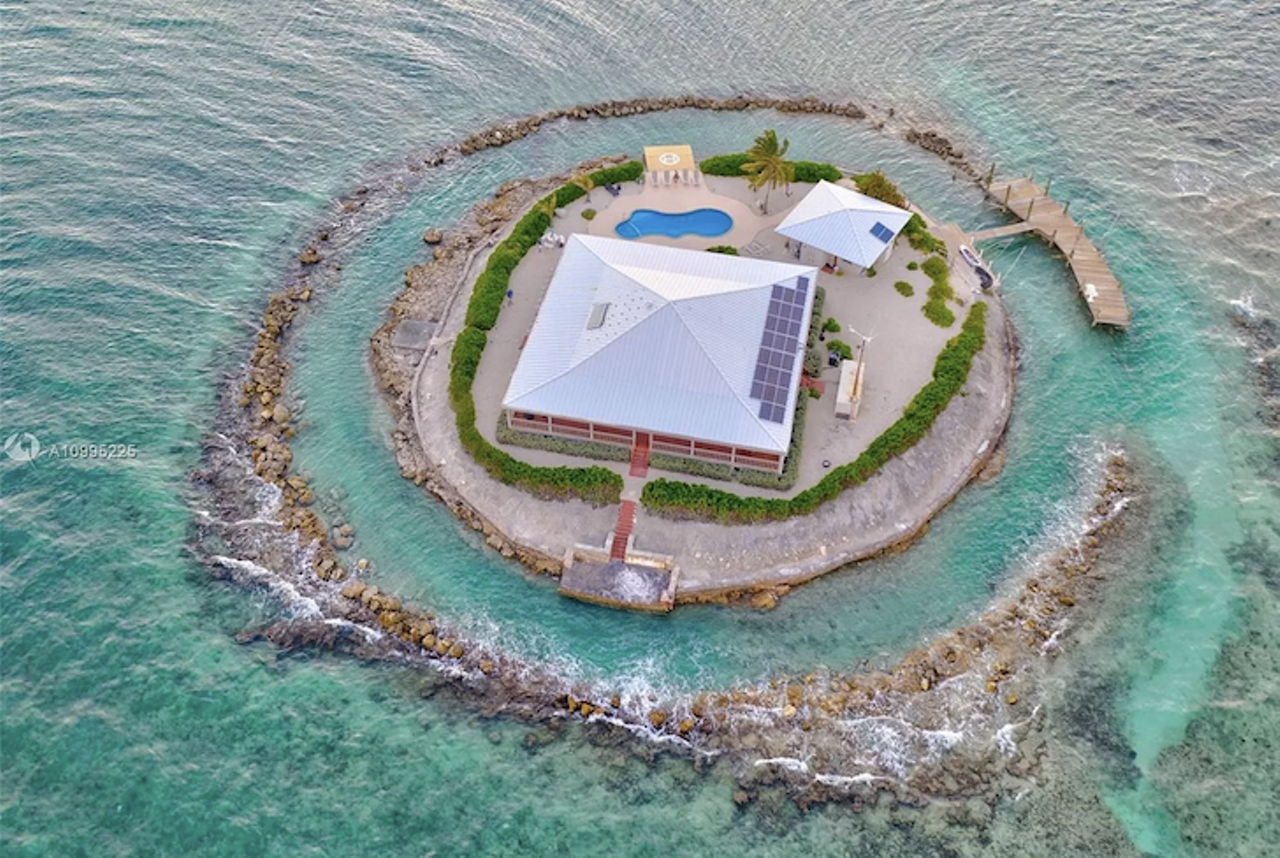